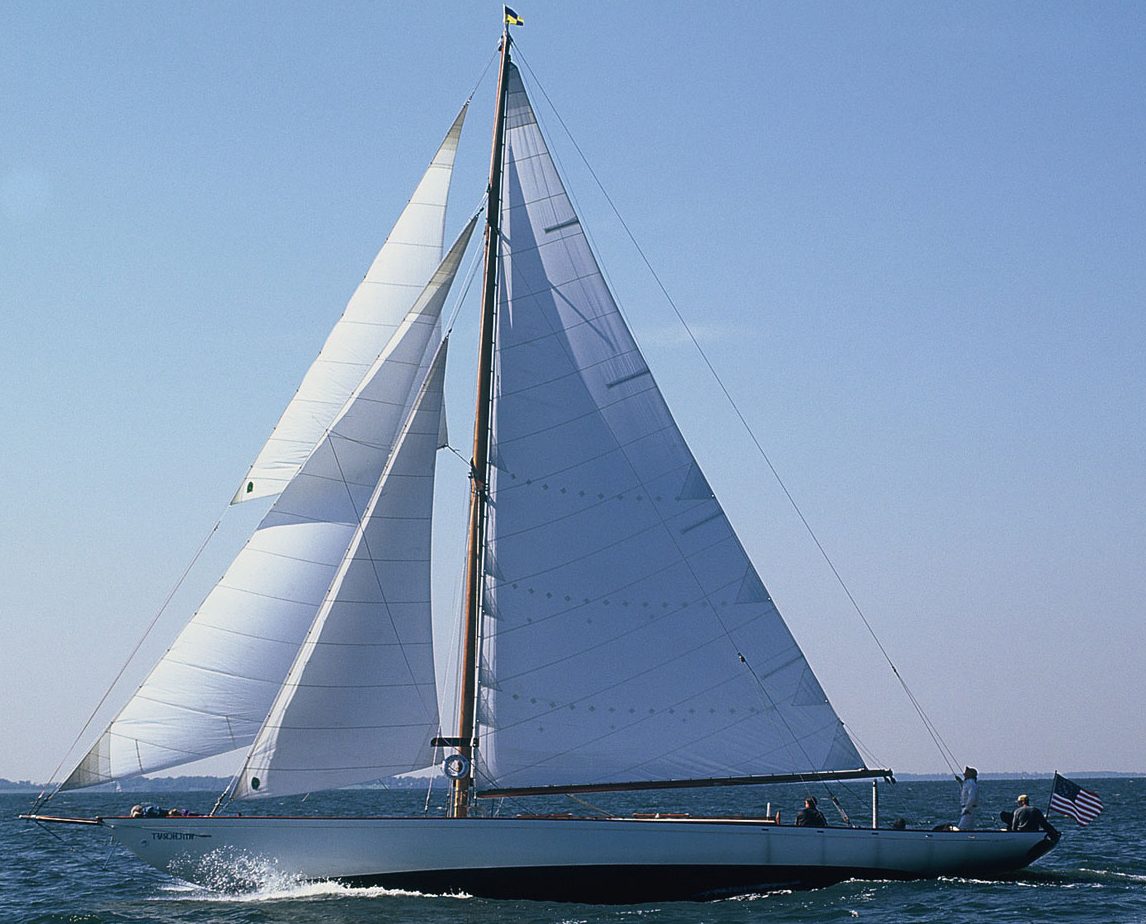 How does a sailboat make it to 114 years old?

One only has to ask Dave Butler, the owner of the Witchcraft, to find the answer to this question.  Dave would tell you the long life of the Witchcraft involves many contributing factors; including a renowned boat designer, a premier boatyard, several committed owners, the lifelong dedication of Captain Paul Itzel, and a love for the Witchcraft with the willingness to fund her continuing restoration and maintenance. Today, the Witchcraft resides north of Annapolis, MD in the Chesapeake Bay.  She is a 66’ custom luxury racing yacht, designed after the America’s Cup yacht typical of her designer B.B. Crowninshield. The Witchcraft was built in 1903 at the Lawley & Son Boatyard of Boston, MA 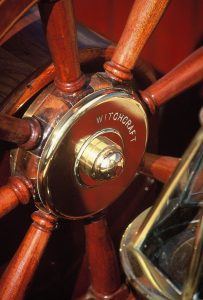 The Witchcraft’s potential was first realized as pen was laid to paper in 1902, when Crowninshield began designing her for his nephew, William Bowditch Rogers.  Crowninshield grew up surrounded by ships, sailboats, and yacht racing. His family had a long history on the seas and was well known in Boston sailing society.  In 1901 he was asked to design the Americas’ cup contender, the Independence.  One year later he designed the Witchcraft, which to this day remains a testimony to Crowninshield’s ability to put fine art on the water.

William Rogers, an avid racer, wanted a sailing yacht that could dominate the racing community at Lake Champlain, New Hampshire.  His family owned numerous properties around Lake Champlain, including an island called the Crow’s Nest.  His quest for speed came naturally since his father; William Crowninshield Rogers, was the first Captain and his Grandfather was an owner of the clipper ship, the Witchcraft in the mid 1800’s. Rogers was 28 years old and already owned three yachts when he had the Witchcraft designed and built.  Rogers won most of the sailing competitions on Lake Champlain with the Witchcraft during the years he owned her from 1903-1920.

The Witchcraft has had a total of nine owners over her 114 years.  An owner that changed her drastically to fit his racing style was Commodore Frank Sullivan of the Harlem Yacht Club.  His modifications included adding a motor and converting the gaff rig sloop to a yawl.  He competed with her in Long Island Sound and won numerous competitions. Commodore Sullivan eventually sold the yacht to Ken and Dorothy Saffer in the early 1940’s. The Saffers daringly sailed the Witchcraft from New York to Baltimore during the height of WWII, when all navigation aids, including shore lights, were in a blackout stage. As a result of their efforts, the Witchcraft has called the Chesapeake Bay home ever since.

The Witchcraft had several more owners but eventually fell on hard times after 1960.  Fortunately, she was discovered in 1970 by the one man that was willing to devote his entire adult life to her, Paul Itzel.  He found her in a derelict state in the same creek where she currently resides today. After living on her for a short period of time with water coming in from the top and bottom, he realized she had to come out of the water for a major overhaul.  Little did Paul realize it would be 20 years before she would sail again. During the Witchcraft’s restoration, Paul enlisted a cadre of talented Watermen and Craftsmen who bonded with this remarkable sailing vessel. Due to Paul’s personal talent, skill of organizing the assistance of quality craftsman, and fanatical research, the restoration of the Witchcraft is historically accurate.  Paul spent his entire career working on other people’s yachts, so that he could put everything he made into materials and labor for the Witchcraft.

After 35 years of dedicated ownership, Paul realized the demands of a large historical yacht were too great for him; he made the agonizing decision to sell the Witchcraft in 2005.  He wanted to ensure her long term future by finding her a dedicated owner. Fortunately, David S. Butler Jr., the son of Commander David S. Butler Sr. (an owner of the Witchcraft in the late 1950’s), found her with the help of his friend John Dodd. Dave purchased her in 2008, after finally convincing Paul to stay on full-time as Captain and continue her renovation. Dave’s desire to own the Witchcraft was driven by the fond memories he and his brother (Bryan William) had sailing with their father. However, Dave and Paul found the perfect relationship working together to take care of and sail the Witchcraft until Paul passed away in October of 2015. Paul will never be forgotten for his years devoted to the Witchcraft and his spirit is still with her.

Today, Jody Leonard, a previous business partner, and friend of Paul’s has taken over as Sailing Master after insisting that Dave should be the Captain. The Witchcraft still commands an audience wherever she goes.  She often attends events around the Chesapeake Bay in addition to sailing regularly with family and friends. The Witchcraft has successfully survived for more than a century and it is Dave’s intent that she will sail for another century.  For more information on this historic yacht you can visit her website at: www.theyachtwitchcraft.com.

Author: this history was written by the daughter of Dave Butler, Jr.  ACBS appreciates not only all of the preservation efforts invested in Witchcraft, but also the generous sharing of her story. Dave and Dee Butler are members of the Chesapeake Bay Chapter of ACBS. 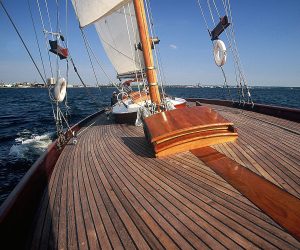 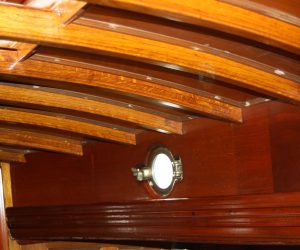