Taurus is a 1940 Chris-Craft 18’ Deluxe Utility, Hull # 81169. One thing that makes it unique is that it was ordered with a straight windshield. In 1940 Chris-Craft started putting split windshields on their utility’s, so Taurus looks more like a 1938 or 1939 boat than a 1940. We don’t know any early history about the boat, but in the early 70’s, Glenn Rand found her high on a storage rack at Upmalls marina on Harsons Island. He bought her for $300 and brought her home to Pearle Beach, 3 miles down the North Channel from where she was built in Algonac, MI.

The original 4 cylinder Model B engine broke the crank shaft in two coming home from a ride and Glenn limped the broken motor 3 miles back home to the boat house. The replacement motor was a Scripps conversion to a Model B. That motor ran well, but has a knock, this motor was replaced with a Model A 4 cylinder. David Voydanoff was the next caretaker of Taurus. He replaced the underpowered 4 cylinder with a 1939 6 cylinder Chrysler. David took great care of her, alternating varnishing the decks one year and the topside the next. Taurus was the neighborhood tow boat. Towing mine and the other neighbor’s fiberglass and pontoon boats more than we would like to admit. Taurus never had to be towed herself.

Ten years ago, my wife, Kirsten and I became the next stewards of Taurus. We’re neighbors of Glenn and David on the North Channel of the St. Clair River and Taurus spends her summers on the same boat hoist at the end of their dock as she always had. We have lost of fond memories from our rides in Taurus. The 18’ Deluxe Utility is not the fastest boat, you get wet, but you also get a lot of waves from people who appreciate old boats. On two different occasions freighters have given us salutes. That’s something you don’t get with a plastic boat.

A few years back I happened to wander into a photo shot for a new sensation boat, which is also built in Algonac. It looks like we are racing (see featured photo above article). Currently Taurus is upside down in our garage getting her bottom replaced. After almost 80 years, it was about time. We are looking forward to getting her back on the water. It’s to bad you don’t see more of these Deluxe Utilities around, most went to the burn pile – they are great boats. See you on the river. 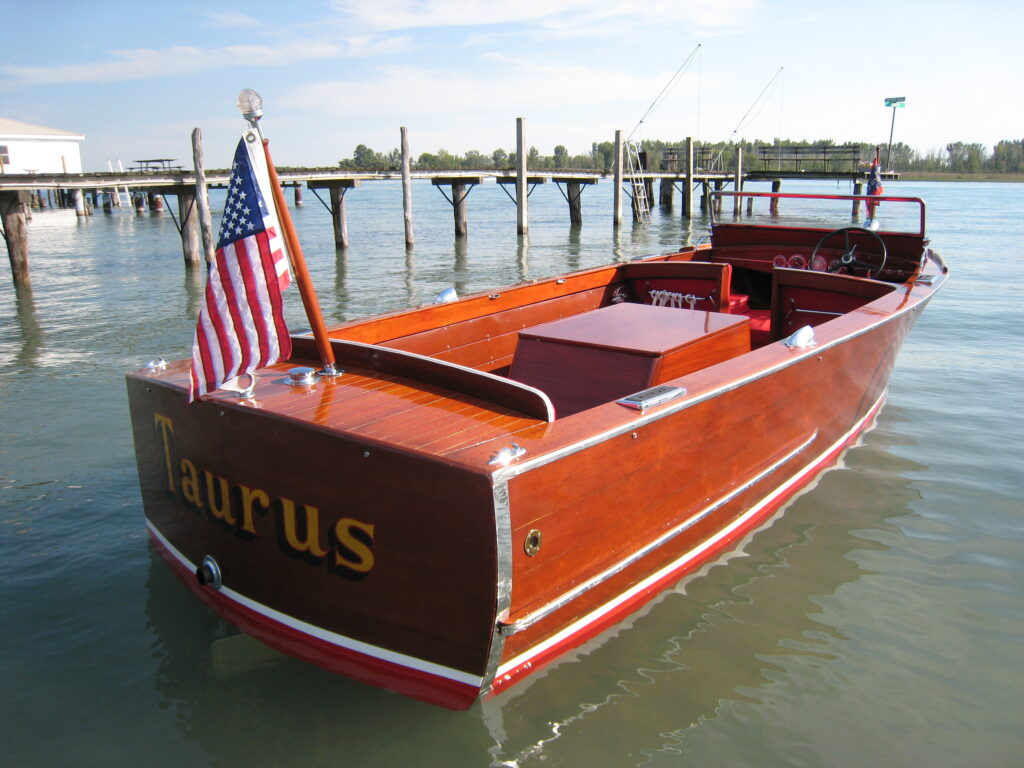 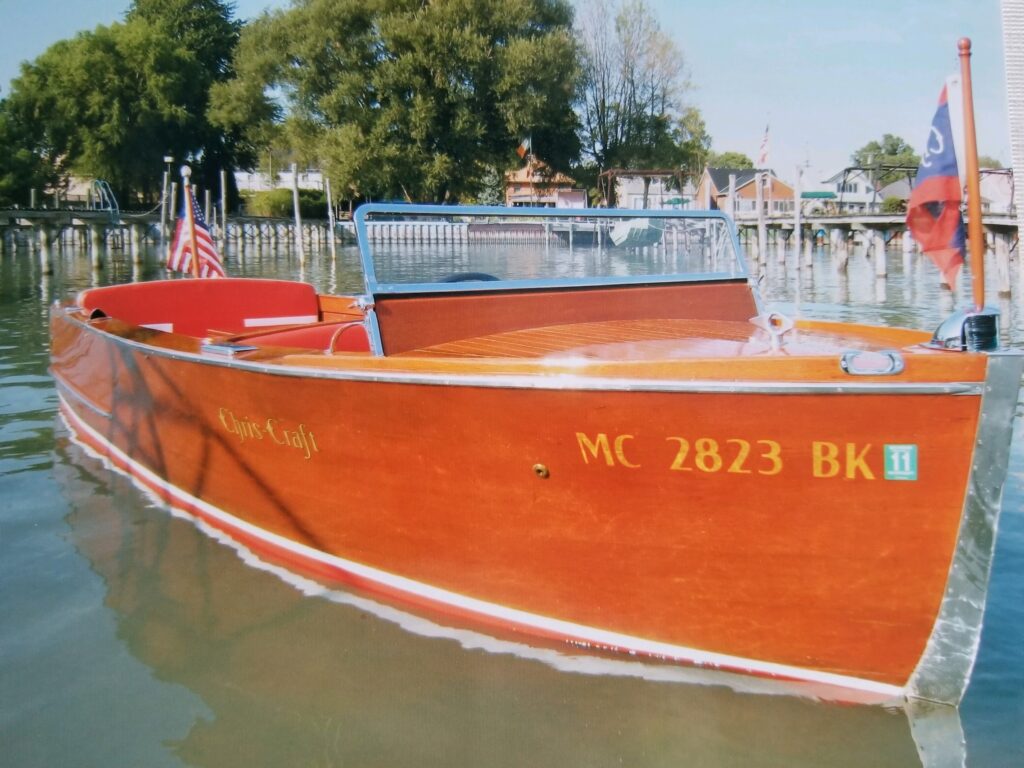