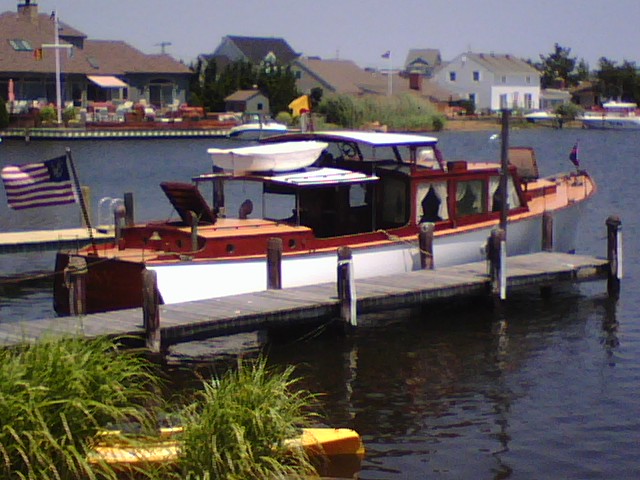 Originally built 80+ years ago in 1935 for Arthur Iselin (a Cotton Industry magnate and a descendant of John Jay), “Gipsy”  was built for commuting to and from the Wall Street to Lower Manhattan area via the East River.

“Gipsy” was designed by George Crouch (designer of the Gold Cup raceboat winner “Baby Bootlegger”) and she was built in City Island, NY by the Henry B. Nevins Boatyard, best known for building numerous sailing yachts, including several America’s Cup Defenders. Originally built as a single engine yacht, she was re-powered in 1952 with twin engines siting backwards in the boat, using v-drives. She has again been re-powered in 1966, 1984, 2002, and in 2015 with twin MerCruiser 357 Horizon gas engines each @ 5.8 Liters, 357 cubic inches, and 310 HP.