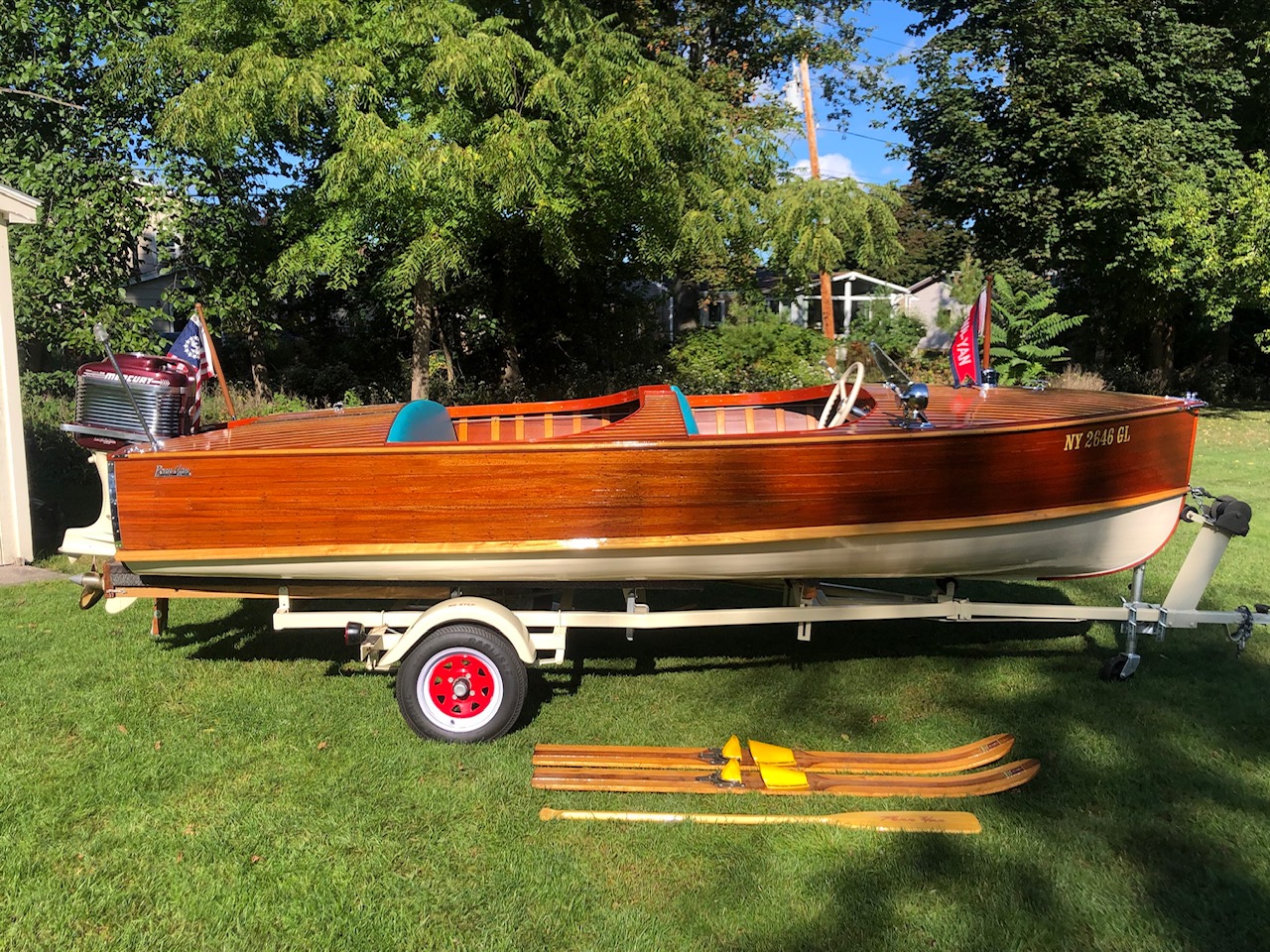 I have always been a huge advocate of the gorgeous and unique Finger Lakes Region located in Upstate NY. I have been an avid boater for 35 years and had numerous boats over the years, enjoying them exclusively on the Finger Lakes. I have always admired the craftsmanship and beauty of vintage wooden boats and was determined to someday own one. I found an all original 1956 Penn Yan Captivator in very good shape. I was going to restore her then decided to leave that to a professional. I saw an ad for an old Tee Nee trailer so I went to look at it.

I decided to buy the trailer and while talking with the owner out in his pole barn, I noticed something covered in canvas. I asked him what he had there and he said, “Oh, that’s my boat, want to see it?” I immediately responded, “Of course!”. When he pulled back the canvas, I was at a loss for words. There she was, a fully-restored 1955 Penn Yan Sealiner, resting comfortably on her fully-restored, 1955 Little Dude trailer. She was powered by a gorgeous, era accurate, 1958, 45 HP, Mercury outboard. 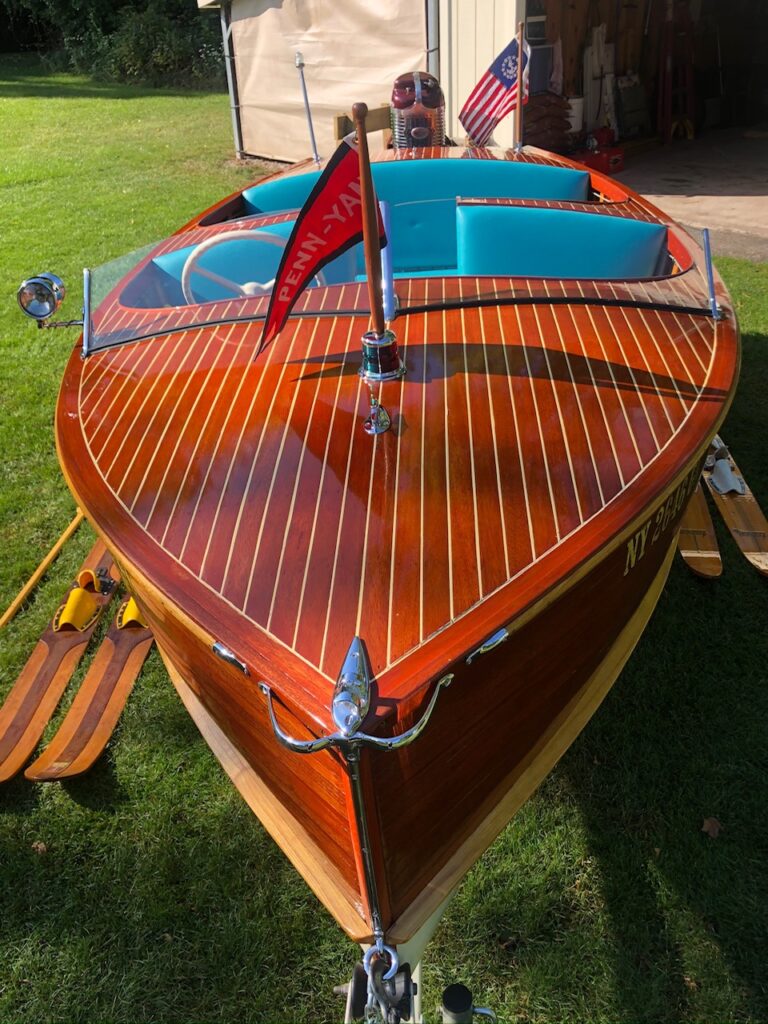 I almost gasped as I checked her out as I was overwhelmed by what a true work of art she is. I asked the man to share her history with me. His father’s cousin became the second owner in 1958. The photo below shows him proudly standing next to his boat. Another vintage picture shows the boat hooked up to the vehicle he towed it with – a Volkswagen Bettle from the ‘50s! This man enjoyed the boat for many years until he no longer used it very often. None of his kids were interested in it which is when the current owner acquired it. 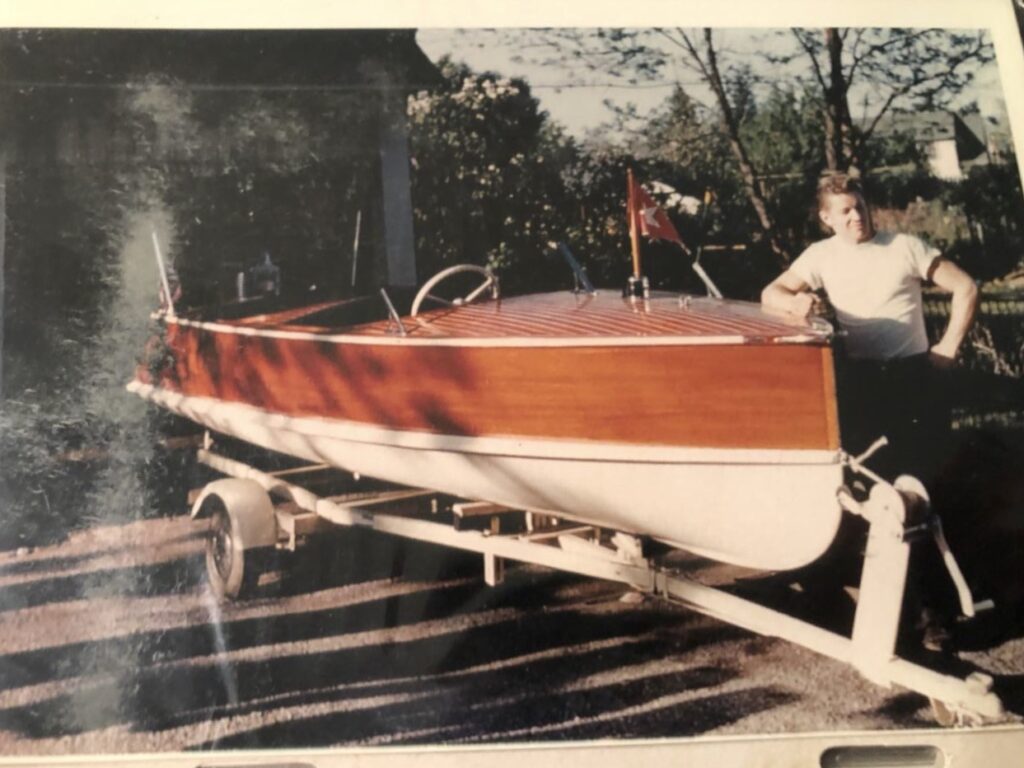 He had it restored by a gentleman on Keuka Lake who had a great reputation as a top-notch vintage boat restorer. Once the restoration of the boat, trailer and motor were complete, he had a reveal celebration with his father’s cousin and his long time wife and sweetheart, who together, had so many great memories of enjoying this boat. This couple, now in their ‘80s we’re ecstatic to see their baby brought back to life. The couples last name was “Krist” and in their honor, the new owner named the boat “Krist Craft”. 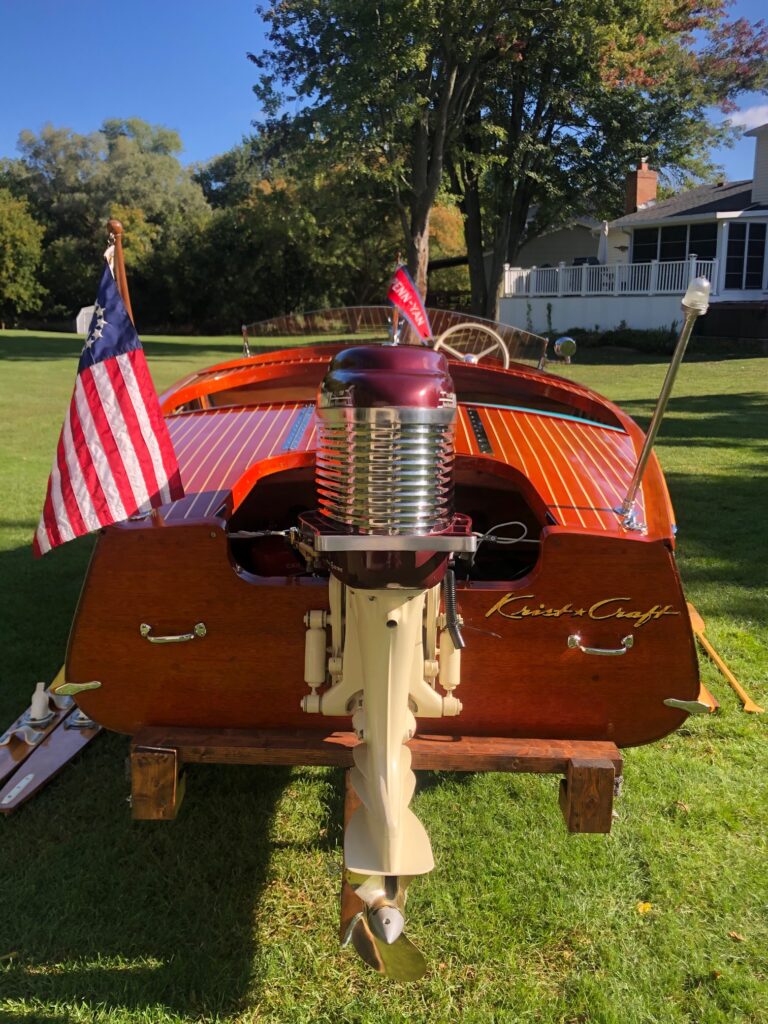 Well, the boat was not for sale but after realizing this was exactly what I wanted, I had to have her. I asked him if he would want to sell her and he initially and very quickly said, “Oh no.” Undeterred, I continued, telling him when the time comes to sell her, he should be far less concerned about just selling the boat and far more concerned about selling this beautiful vessel to the right person. I then told him that finding this “right person” was easy, he was taking to him!! We talked about a fair price if he were hypothetically to sell her and his number was reasonable to me.

He and I had a connection because of our love of this vintage boat and all things vintage, so he said to me, “let me discuss this with my wife.” He called me later that day and agreed to sell her to me. I got the cash and drove out their that day, before he had a change of heart! 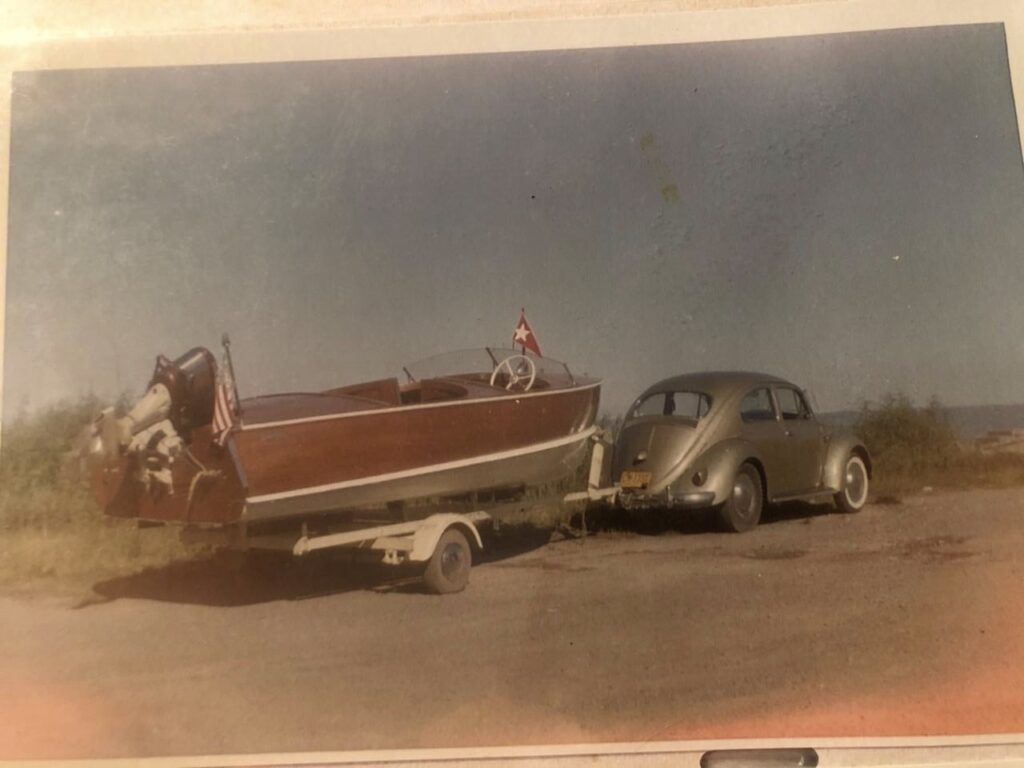 I am honored to own this beautiful boat and cherish every minute I get to use her. Each time  I settle into the driver’s seat and begin my boating adventure with my Penn Yan Sealiner, I’m taken back in time and have an appreciation for what boating on the Finger Lakes was like in the mid-50s. It’s a very special feeling.