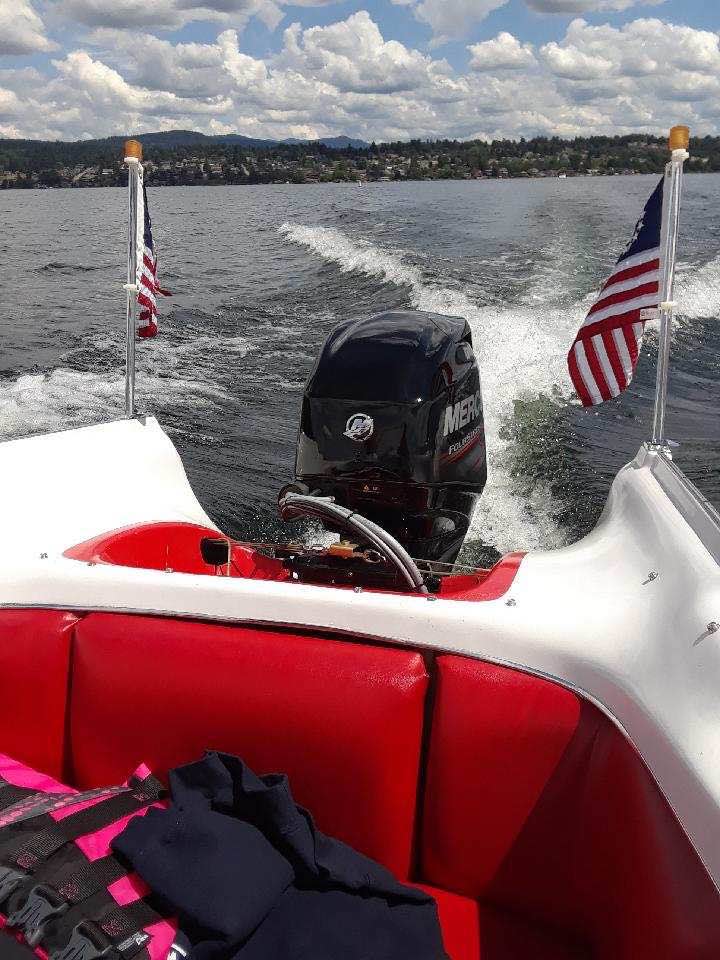 I purchased a 1958 Larson Thunderhawk last year from ACBS member Maren Finzer. The story of the boat in the PNW begins with Maren, in her words:

It was the Corvette tail fins that caught my attention on the shiny red and white 1958 Larson Thunderhawk. I had just moved to a floating home in Seattle on Lake Union, and could only imagine the adventures ahead with this 14-foot vintage beauty tied up to my dock.

Craigslist. Phoenix. Used car salesman. Might be a red flag to most, but it didn’t stop me. This classic was too cute! 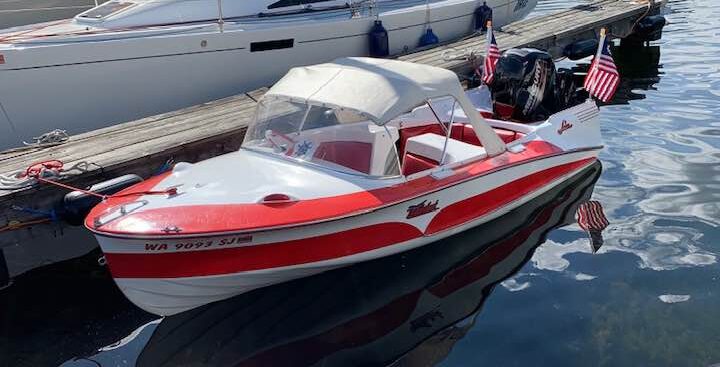 I replied to the Craigslist ad and got the details. The boat was originally from Minnesota, and one of the first Fiberglass boats that Larson made. After several conversations with the owner, he assured me the boat and trailer were turn-key ready. Fantastic! Fortunately, I had some friends in Arizona that took a look, and thought the owner was seemingly honest in the story he told. So, I bought it. Sight unseen.

The purchase agreement included white glove delivery from Phoenix to Seattle. They would put the boat on a flatbed and deliver, launch, and give me a short lesson of the boat in Lake Union. Instead, the boat was literally dropped off into Lake Union. They left it tied up at the public Sunnyside dock, with the key on the floor and the trailer parked off to the side. It was thrashed and trashed and filthy dirty from being totally unprotected in the severe wind and snow storm through the southern mountain passes. I remember looking at the red mess with tears, thinking, “now what?” It wouldn’t even start and I had to have it towed home.

That was when I joined and was welcomed warmly into the ACBS PNW Chapter. I spent my Saturdays for the next few years learning and getting help from the best to rebuild, rewire, and re-do an entire vintage boat and trailer. When we finally finished, the only thing left lacking was dependability. We had tried to tune 4 classic motors and none seemed to work right. I finally came to the conclusion that a new one would be best. That’s when I sold it to Jennie.

We owned the 1936 “Doc” Freeman classic wood cruiser, the Friendship II. When we sold her, my husband declared that he would never own another boat. (And to his credit, he doesn’t.) It wasn’t quite a year later that I started looking for another boat. I didn’t want the work of a wood boat or one that needed year-round moorage. The Thunderhawk drew my interest because of the fins and the fact that the engine was toast. I wanted the assurance and reliability of a new motor. Maren and I haggled a bit on the price, and it was a deal. We towed the boat from Seattle to Tacoma Marine Repair to have a new 40hp Mercury outboard installed.

We are members of the Meydenbauer Bay Yacht Club in Bellevue, Washington. They have a summer sublet program, and we secured moorage on Lake Washington for a few months last summer. We broke the motor in on a few days during the week. It runs great, and it is a fun little boat. Then we took it out on a Saturday…We didn’t make it out of the bay. There were so many boats that the waves and the chop were like boating across the Columbia Bar! We were tossed around and headed back to the slip. After that, we only went out on weekdays when there weren’t as many boats on the water.

For this season, I planned for us to enter the Tacoma Yacht Club Marine Daffodil Parade. The theme was “Honoring the Past.” My husband was to dress as Elvis with an oversized wig, and I was to dress as a be-bopping fan with a big bouffant wig and massive sunglasses. Their theme lined-up with the Seattle Yacht Club Opening Day theme of “Rock Around the Dock.” We planned to wear the same costumes and participate with the ACBS. But, alas, the events were canceled due to the pandemic. I hope to attend the ACBS events in the PNW this summer, but that’s up to the virus.

As for future plans for the boat, I would like to have the fiberglass (ground, buffed, not sure of the term) and repainted, but I would rather pay someone if it is not too cost prohibitive. I’m an expert at varnishing, but I know nothing about fiberglass restoration. 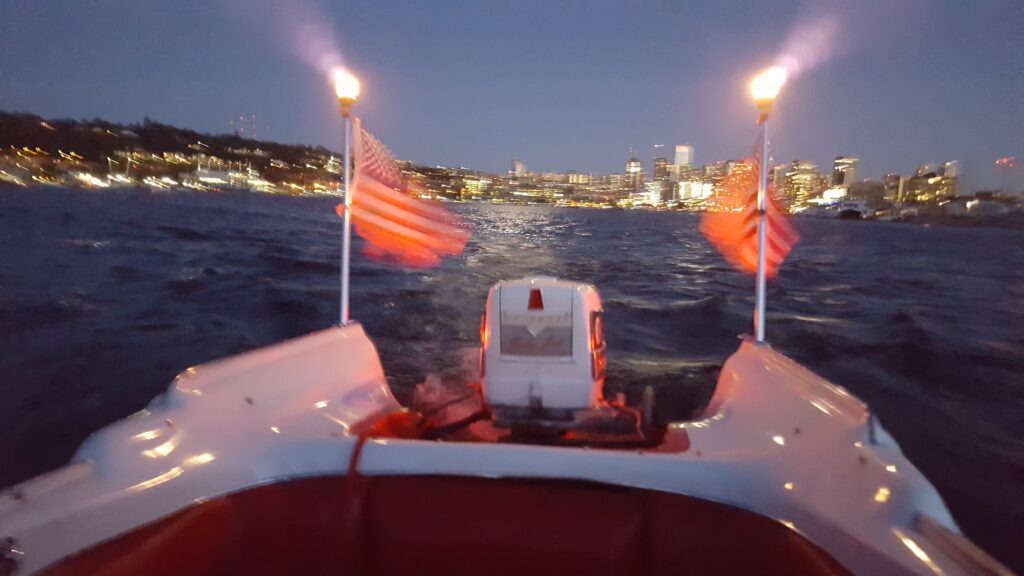