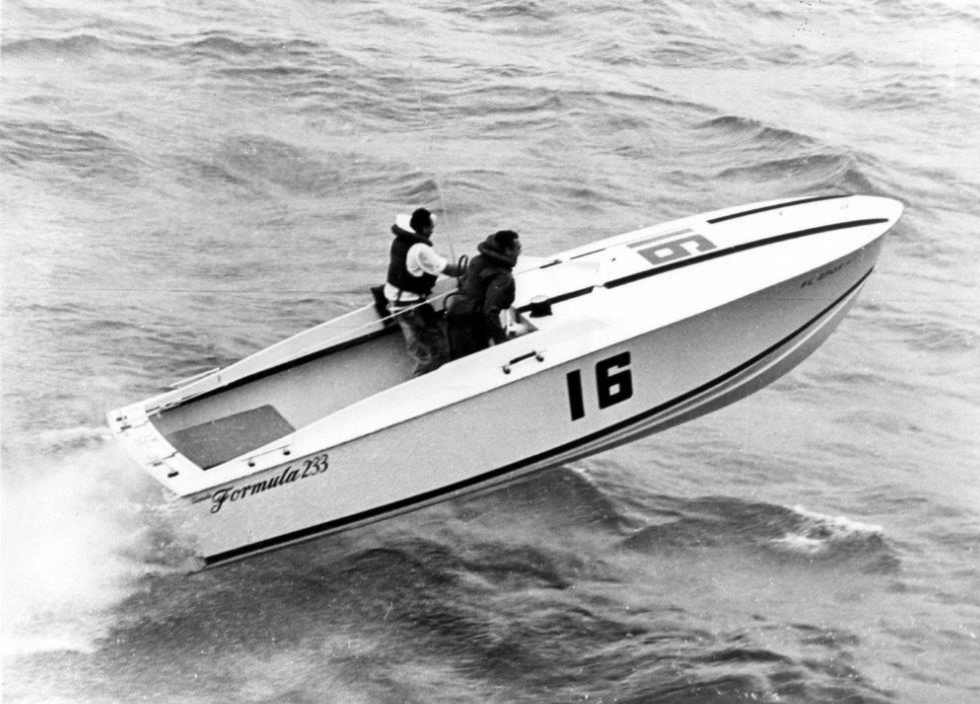 Bob DeNisco, Jim Wynn and George Peroni were all childhood friends and graduates of Miami Edison high school. After military stints and college each found their way to be involved in the offshore boat racing community in Miami, Florida.

The Cigarette was the progeny of Don Aronow’s vision of a raceboat. Made of a newer technology called fiberglass, she was the first creation from a new and innovative boat company called Formula Marine. She was the result of the first collaboration between the legendary team of marine architect Walt Walters, marine engineer Jim Wynn, and engine impresario Sam Sarra. Don Aronow referred to his team as the “formula for success” – the inspiration behind the name of his new boat company.

After a successful showing in the 1963 Miami to Key West boat race, Don sold The Cigarette to Jim Wynn’s friend George Peroni. George Peroni was a competitive man who was also a physicist and a multiple patent holder. After owning her for just a few weeks, Don asked George if he could borrow The Cigarette for a day. Apparently some rock and roll group called the Beatles was in town and his son Michael thought it would be fun to take them on a boat ride! 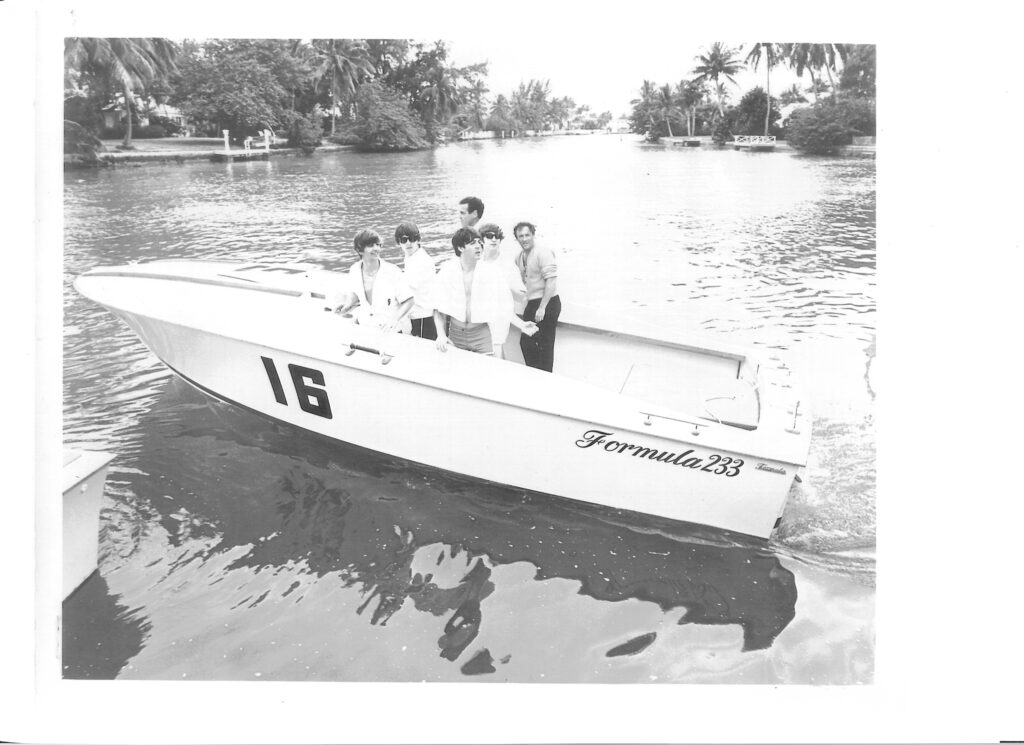 Shortly after this fun episode George renamed her The Empirical (ostensibly for the perfect scientific formula – the Empirical formula) and so began her legendary run in offshore powerboat racing. Her powerboat racing career would include countless successful races, most notably setting the world record in 1964 for the Palm Beach to West End race. After this successful career she became a beloved family boat for the Peroni family and was mothballed in the late 70’s.

In 2002, Bob DeNisco Sr., George Peroni’s and Jim Wynn’s old friend purchased the Empirical and renamed her to The Cigarette. Not only was Bob an old friend of theirs, but Bob was the Florida area marine salesman for AC spark plugs in the 1960’s. Many boat companies used AC spark plugs so Bob was very familiar with the offshore racing community. Bob’s son, Bob Jr., helmed her restoration with the help of Cousin John DeNisco restoring her structure, The Boat Haus in Sarasota restoring her exterior, and Innovation Marine of Sarasota restoring her one of a kind Kiekafer (Mercury Marine) 409 engine to 2002 specifications. Her latest race was in 2008, completing the Sunny Isles to Bimini and back HORBA race in 2 hours 7 minutes. The legend lives on!! 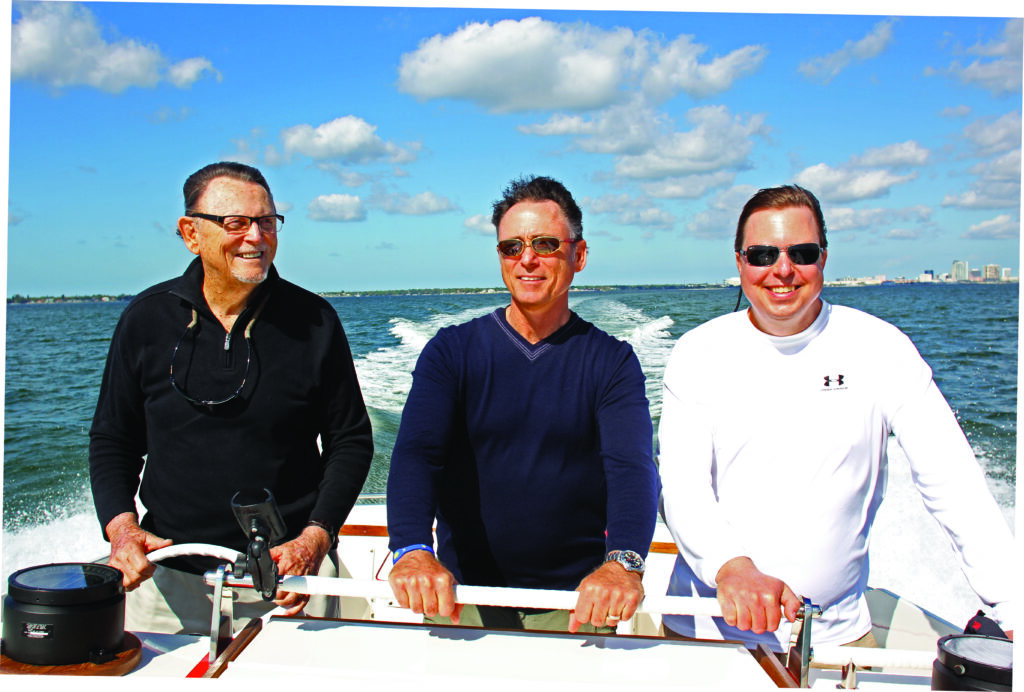