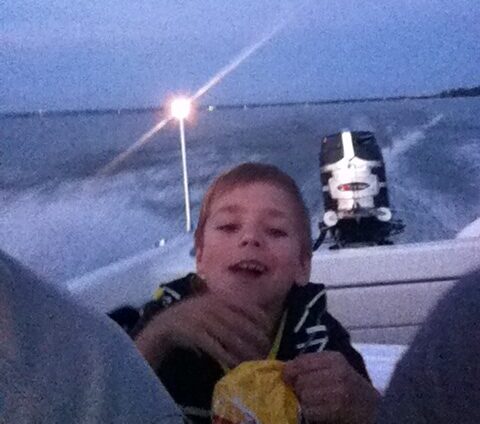 Dancing Queen is a 1964 IMP (Iola Molded Plastics) Apache. It sports the original Mercury 65hp four cylinder two-stroke engine, original controls, and gas tanks. The horn is the original two-tone air horn powered by an air pump that sounds better than anything produced in the last 40 years. Gauges are original Aqua Meter modular gauges. Even the cigarette lighter still works! (Although I disconnected it for safety.)

This boat has been in our family for 46 years. My father purchased it in the spring of 1974 near Tomahawk, WI for $1200. It was a very light and a fast boat for the time. I have many fond memories of this boat. We used it extensively in the summer around La Crosse and Tomahawk, WI. We would often go to sandbars on the Mississippi and stay there all day. It’s also the boat I learned how to waterski behind when I was 10. I was driving it solo by 12 after a boater safety course. 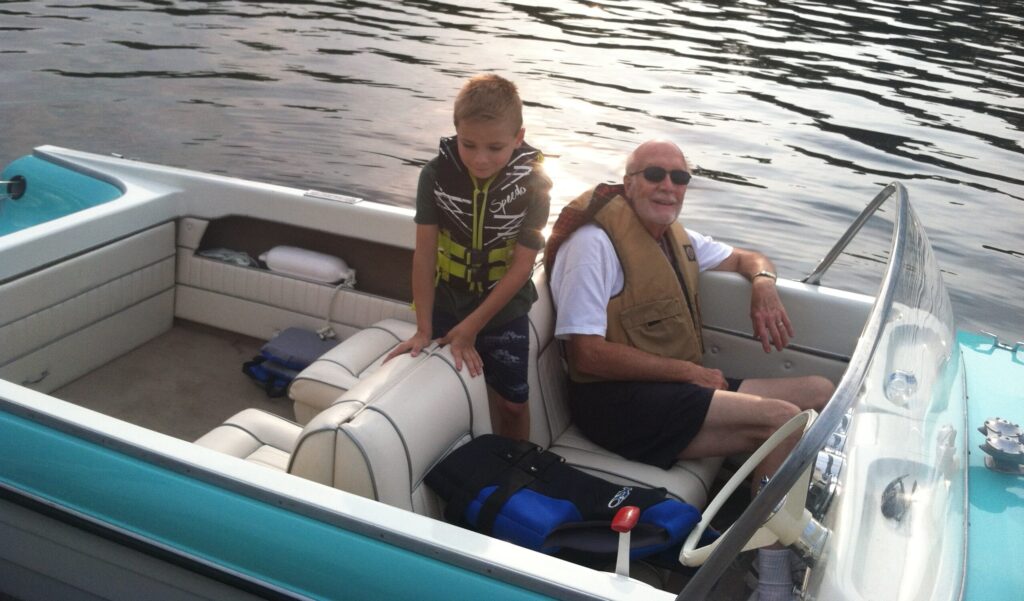 By 1995, it had seen better days. It had faded gelcoat, pitted chrome, cracked windshield, and torn up upholstery. My dad gave it to me as a college “graduation present” because he no longer wanted to pay for storage. It needed restoration, but that would have to wait as I was just starting out in life and broke. In 2012 I was finally in a position to restore it. The original trailer wheels were showing an amazing amount of negative camber which led me to purchase a new ShoreLand’r trailer for it. I drove the motor up to Classic Mercury Outboards in Hayward, WI. They did a complete mechanical and cosmetic restoration of the motor, controls, and tanks. The boat itself I dropped off at Imperial Boat Repair in Hudson, WI. They handled bodywork, paint, chrome, upholstery, and a new windshield. (I also learned how breathtakingly expensive repairing and re-chroming parts is. Wow!) 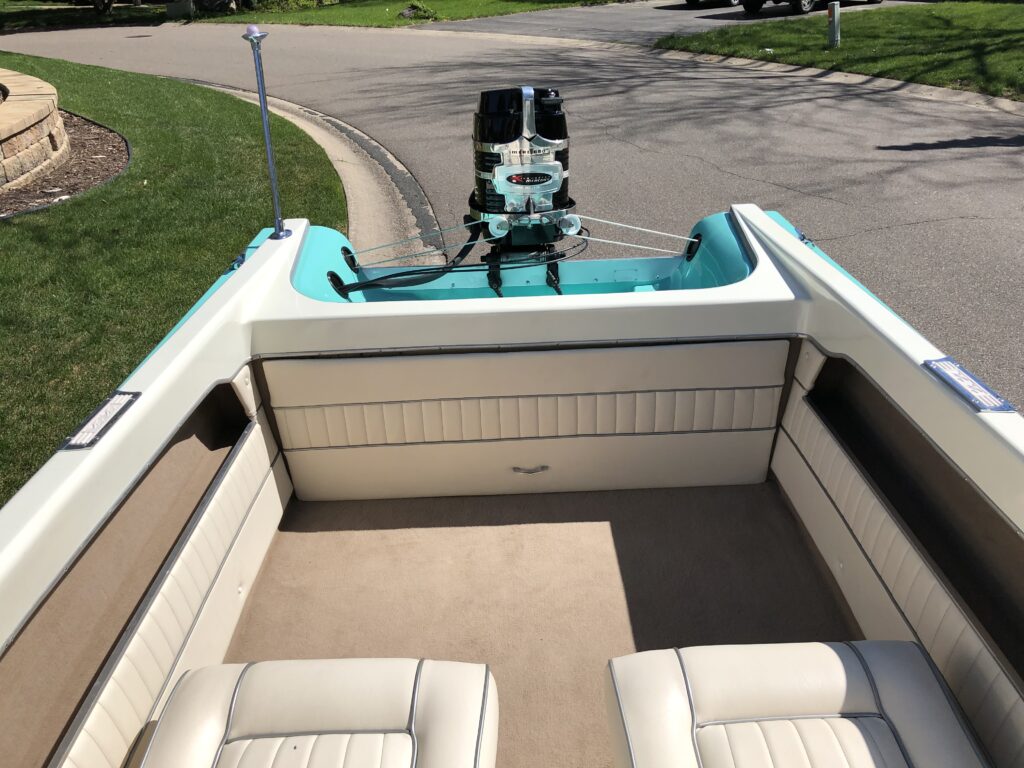 In 2014 I got everything back and started to reassemble Dancing Queen to her former glory. I re-wired the boat and replaced all steering cables and pulleys. Future plans include motor upgrade to a fully restored 1964 Mercury 100hp that was also done by Classic Mercury Outboards. It was back on the water that summer looking better than ever. I get a lot of compliments on this as many people haven’t seen a 56-year-old fiberglass boat, and I am biased, but she looks better to me than any other new wakeboard boat on the water. 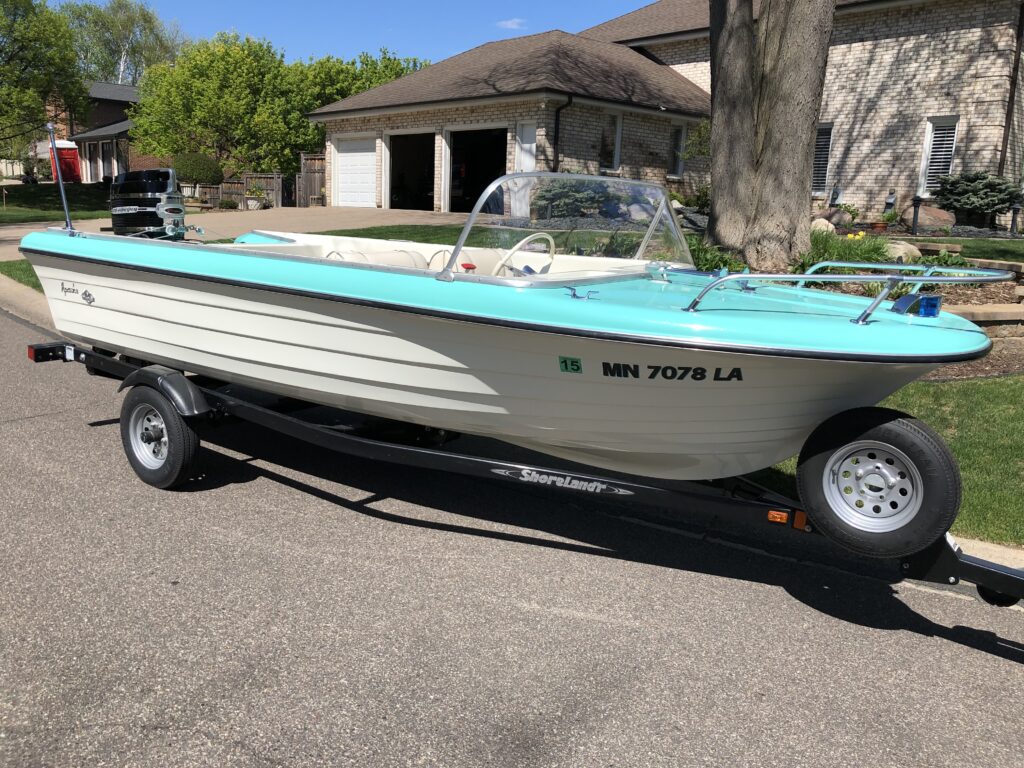