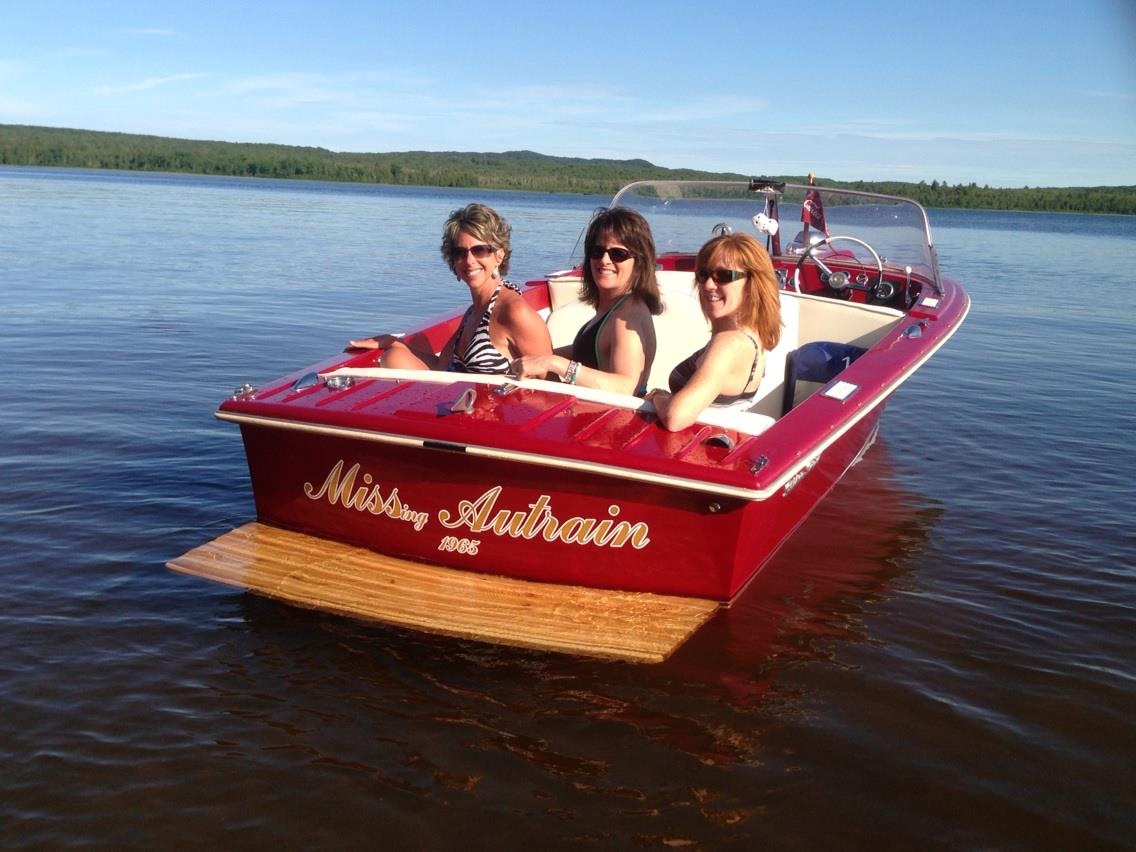 Sitting on a 1965 Vance tandem axle trailer and repowered with a Ford 5.0L, MISSing AuTrain is a 1965 Correct Craft Barracuda. I purchased the boat in November of 2010 here in Michigan, after being assured by the previous owner of intact stringers, only to later find out that 70 percent were completely rotten, with foam broken down, and all saturated by oil from a real seal leak; what a mess. 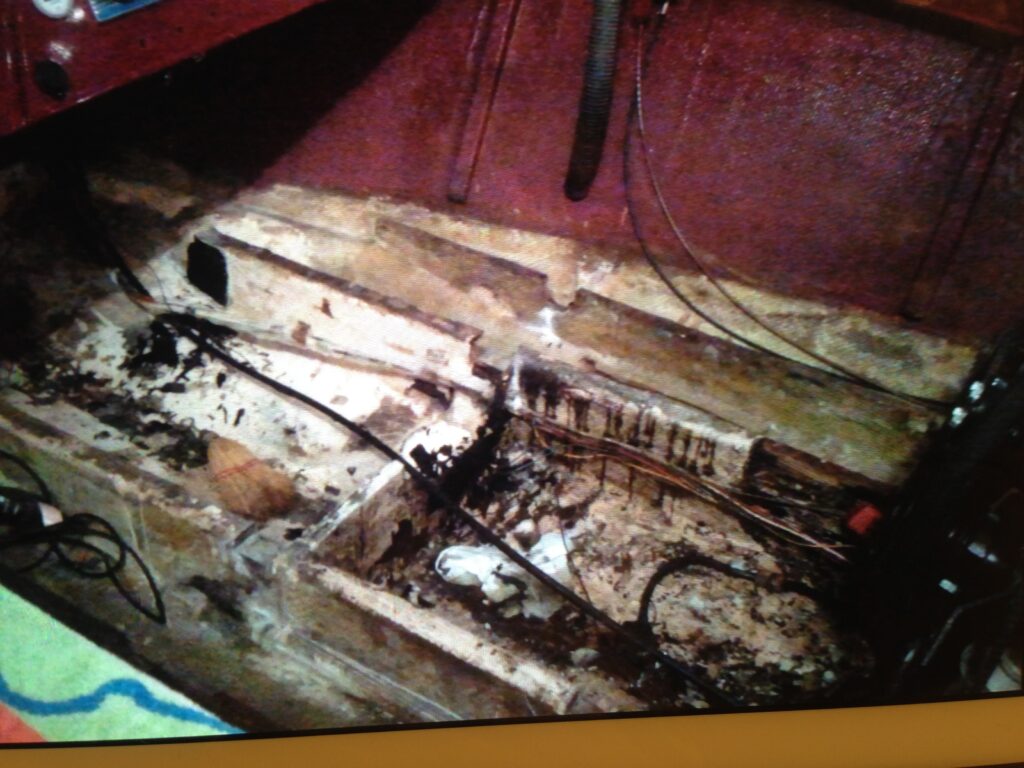 What was supposed to be a water ready birthday present for my wife, turned into a two-and-a-half-year bottom up restoration that consumed the greater part of my time, and our garage – sorry hunny. I rebuilt her with the goal of never having to do it again. All wood was replaced, encapsulated in glass, and all screws imbedded in epoxy; All Chrome was redone too. I installed a new prop tuned to the engine, new strut bearing, and a custom swim platform that I spent probably too much time on. The design of the interior seating was altered from the original model, and the trailer has been redone with tandem electric breaks added. Long story short, I learned a lot and ignored the expense. 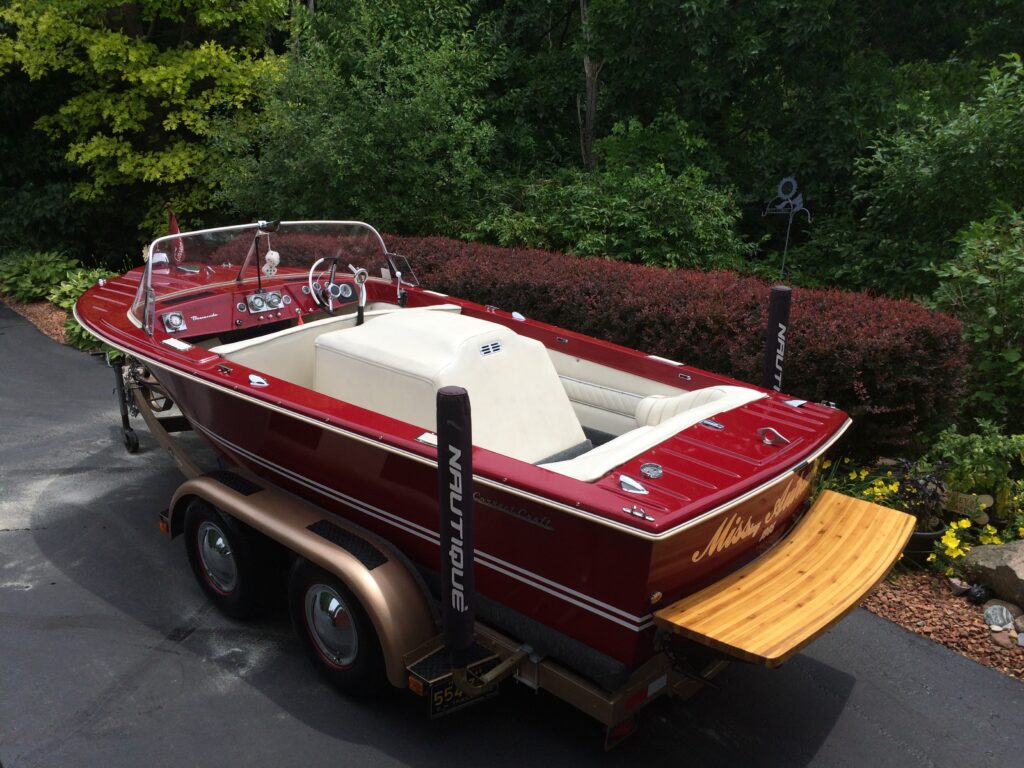 She runs like a top, sounds even better, and looks as good on the trailer as she does on the water. MISSing AuTrain, as the title implies, is named for the lake in Northern Michigan where she spends a lot of her time, though she does get towed more than 2,000 miles per year around the various lakes in South East Michigan. I don’t ever plan to sell her and hope that my kids will continue to enjoy her long after my wife and I are gone. She was inspired by a boat I remember fondly as a child. I will forever remember the first inboard I ever saw, a 1934 Chris Craft runabout that was used and stored by a neighbor a few lake houses down. Her name was Miss AuTrain, and though she is long gone, that title will always belong to her.