One Man’s Mistake is Another Man’s Treasure 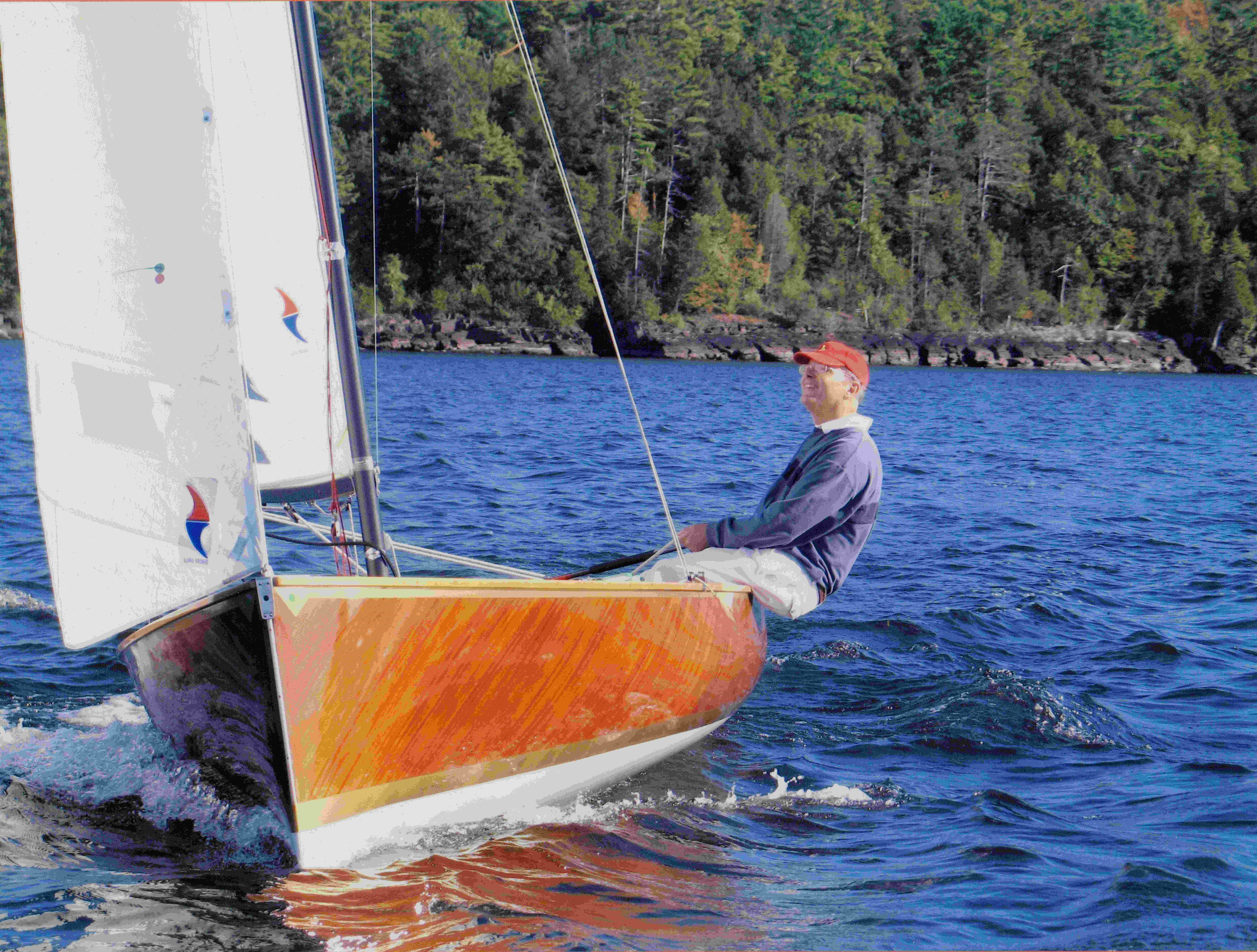 The Thistle Class sailing dinghy was designed in 1945 by Gordon (“Sandy”) Douglass to reach the post-war market yearning for inexpensive, high-performance one design boats. The design was patterned after then-current versions of the International 14 Class dinghies, in which Douglass had won a bronze medal in the ‘36 Olympic Games. On a trailer, like the Snipe and Lightning, the boat offered young families ready access to the water from their suburban homes. With her mast stepped on the thwart instead of on the keel, the Thistle was a sure winner of the then-popular “trailer-to-trailer” races, where the race started and ended with the boats snug on their trailers at the launching ramp!

The Thistle fully rigged is light (515 lb.) due to her cold-molded plywood construction. The hull, at approximately 300 lb., consists of five laminations of 1/16” mahogany, stapled and glued together and braced with gratings, thwarts and seats to yield a surprisingly open but very rigid structure.

“Ouisquaebae” would have been Thistle #792 in 1952 if the bare hull had not been set aside by its builder, Douglass and McDleod, to serve as the plug for the new fiberglass designs. For that role, she was faired, templated, finished with lacquer and mounted on movable supports at stem and stern to allow her to be rotated 180 to drop the fiberglass female molds after curing. Fiberglass Thistles were then molded by Douglass & McCleod and other builders using the female molds from “Quisquaebae”. She is truly the “mother” of all modern fiberglass Thistles.

Fritz Horton, an architect in Shelburne, Vermont, bought the boat in 1973 from John Riley, who, apparently by mistake, was allowed to purchase the hull from Douglass & McCleod in 1969. Despite Ray McCleod’s pleas to return the “Class Plug”, Riley refused. The Class then had a problem. It had lost something akin to the U.S. Constitution – the basis for measuring any suspected changes to the benchmark hull by its builders. Also, because her original hull number (792) had been assigned to another boat after she was set aside for use as a mold, the Thistle Class had to assign her the next highest current registration number, which at that time was #3184. Currently, no wooden Thistle with a higher registration number exists.

After removing enough of the finish to determine the outer veneer had been sanded through in several places, Fritz removed the outer 1/16” with a router and rasp, replaced it with sapele and finished the boat in Vermont over a two-year period, completing the process in 1978.