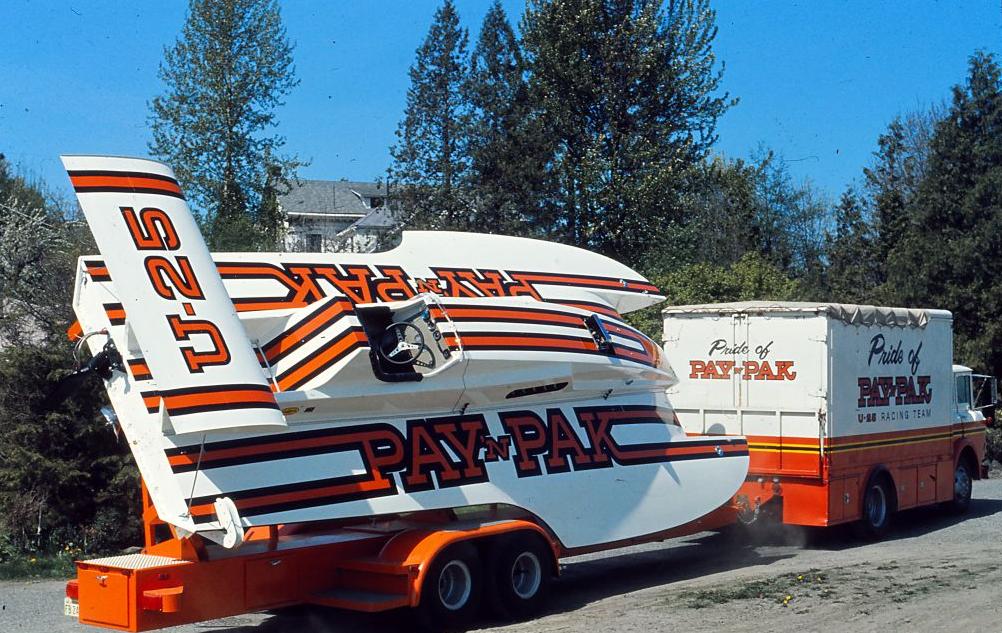 It remains one of the most popular unlimited hydroplanes ever built. To this day, the deck-to-deck duels between “The Pak” and “The Bud” remain legendary. Dave Heerensberger’s Pay’n Pak was as revolutionary in its design and construction techniques as it was popular for the futuristic wing on the back and big orange letters painted across the deck. Designer Ron Jones insisted the boat utilize a horizontal wing at the transom to assist in the craft’s high-speed stability.

The cockpit was situated higher than those of contemporary unlimiteds, offering the driver exceptional visibility. The Pay’n Pak also set itself apart as the first unlimited to be constructed using honeycomb aluminum—a strong, lightweight material developed for use in the aircraft industry. The result was a hull lighter, stronger and faster. At times, it seemed virtually untouchable.

Between 1973 and 1976 the hull won four consecutive National Championships under the Pay’n Pak and Atlas Van Lines names. Drivers Mickey Remund, ‘Smilin’ George Henley, and Bill Muncey found the winners circle 21 times, dominating during one of the most competitive eras in hydroplane racing. Facing worthy opponents like Miss Budweiser, Weisfields, Miss. U.S., and Lincoln Thrift the boat usually lost only when suffering some kind of mechanical issue. So good was the boat ride that upon his first time in the hull, Bill Muncey chided previous driver George Henley for not winning more races with it. Ron Snyder achieved its 22nd and final victory for the Miss Madison team in 1983 as the Miss Rich Plan.

After retiring from competition halfway through the 1988 season, the hull was stored indoors until acquired by Ken Muscatel in 2012. The Hydroplane & Raceboat Museum undertook a thorough, three year restoration back to its Pay’n Pak configuration, making its public debut in 2017. 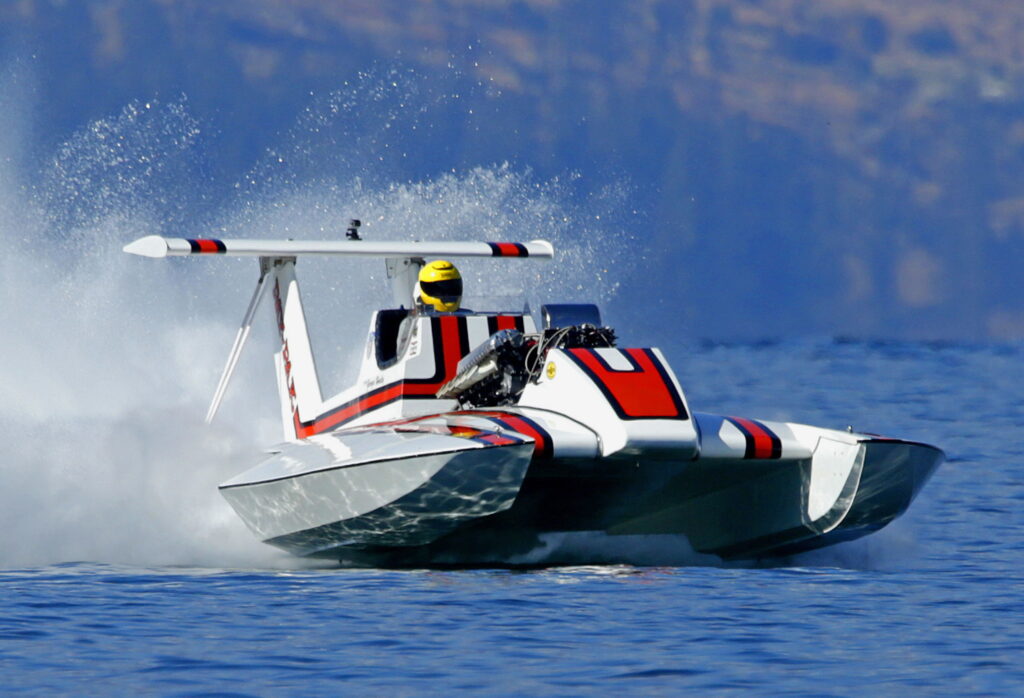