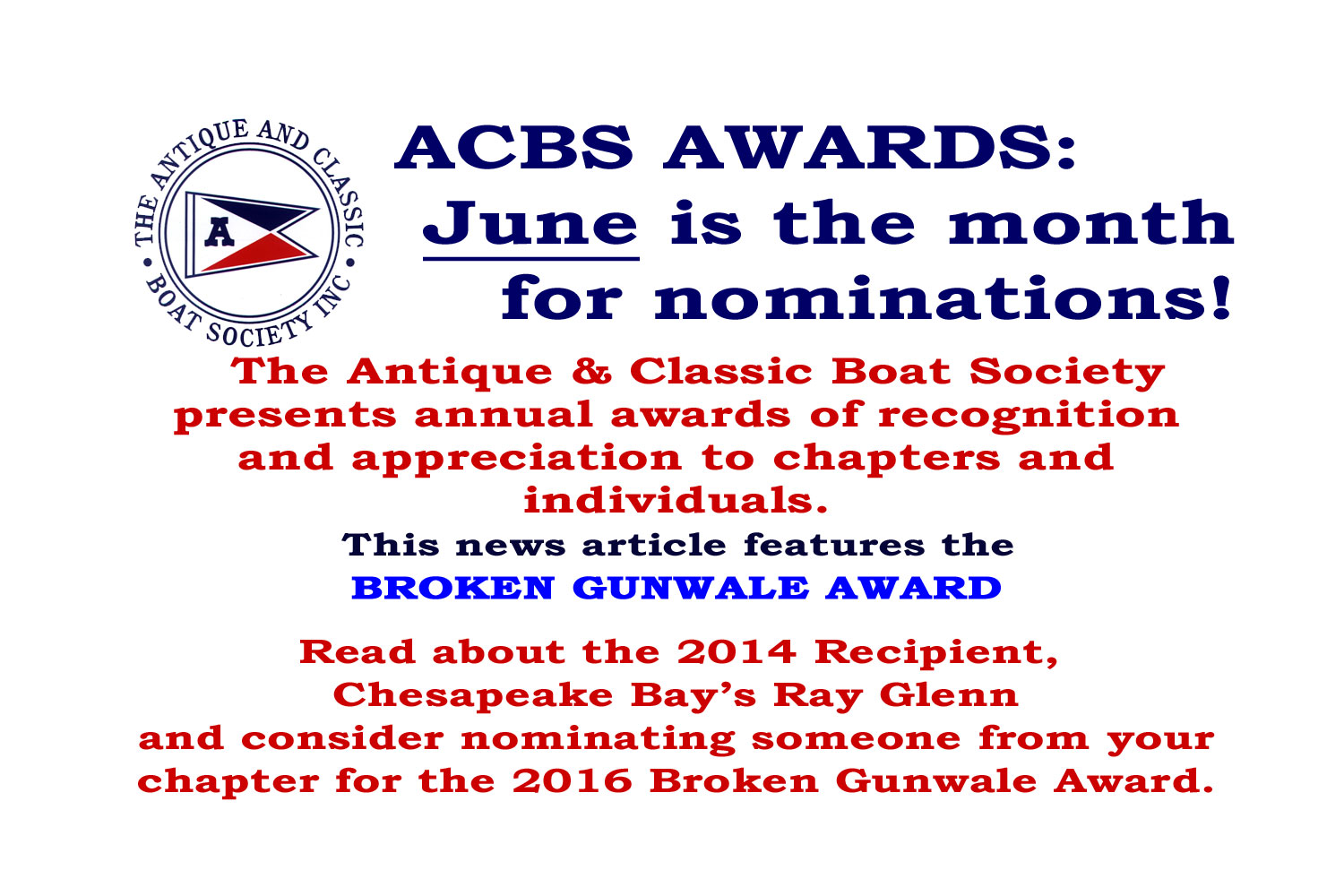 The BROKEN GUNWALE AWARD is  given by the Antique & Classic Boat Society in the spirit of fun and good humor.

The Broken Gunwale Award is presented to an individual or group who “distinguished” themselves in a memorable way while participating in an ACBS cruise or boat show. Awards are presented at the ACBS Annual Meeting’s Awards Banquet.

Ray Glenn, the 2014 Broken Gunwale Award winner, is a VERY EXPERIENCED BOATER.  But we can empathize with his excitement of launching his just-in-time restored Century Coronado at the Chesapeake Bay annual show in June.  Friends joined him making a full boat load celebrating the launch as they tried it out heading up the river away from the show site.  You guessed it.  The phone call for help came from a passenger’s phone because Ray had left his phone, lines, boat hook, charts, GPS, anchors and paddle in the truck.  Oh, they did remember to take along the cooler.  Boat Show Chair Chuck Warner and Jim Schiller to the rescue for the tow back to the Museum Docks – and that’s where the boat started just fine again.

Nominations are now welcome for the 2016 Broken Gunwale Award.

The Broken Gunwale Awards have been presented since 2003.  Past recipients are: