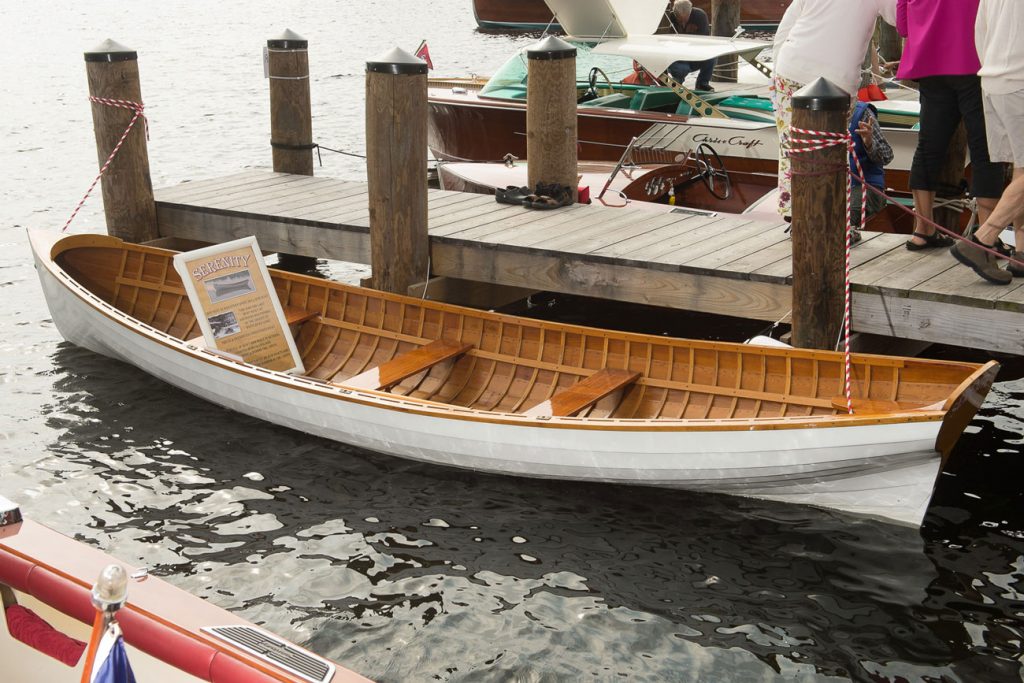 This boat is a 1948 18 ft. Amundson Whitehall boat.  Bob Hamilton is a member of the Bob Speltz Land-o-Lakes Chapter of ACBS.