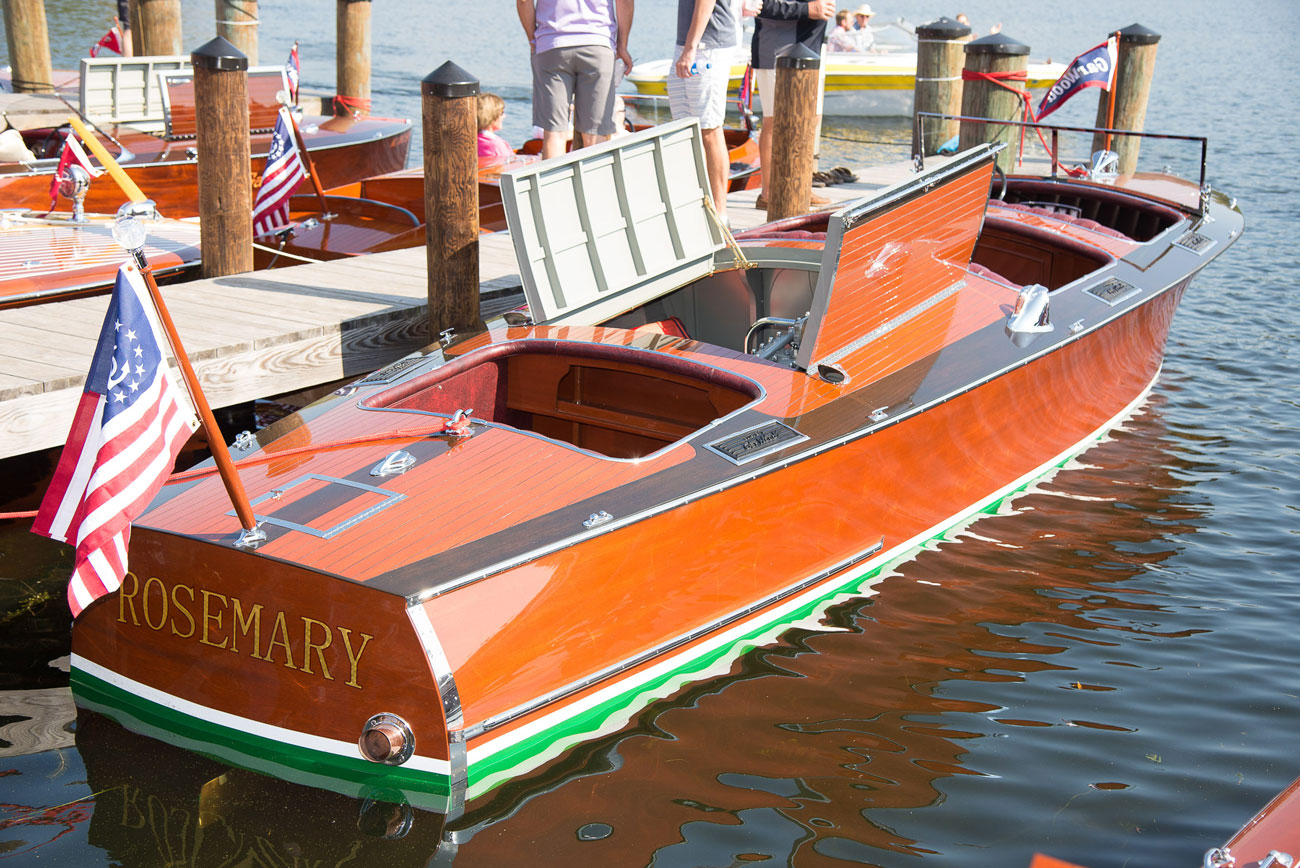 “Rosemary” was entered in the 2015 ACBS Annual Boat Show at Gull Lake, Minnesota, in the Restored Antique Runabout Class.  She is a 1931 28 ft. Gar Wood.