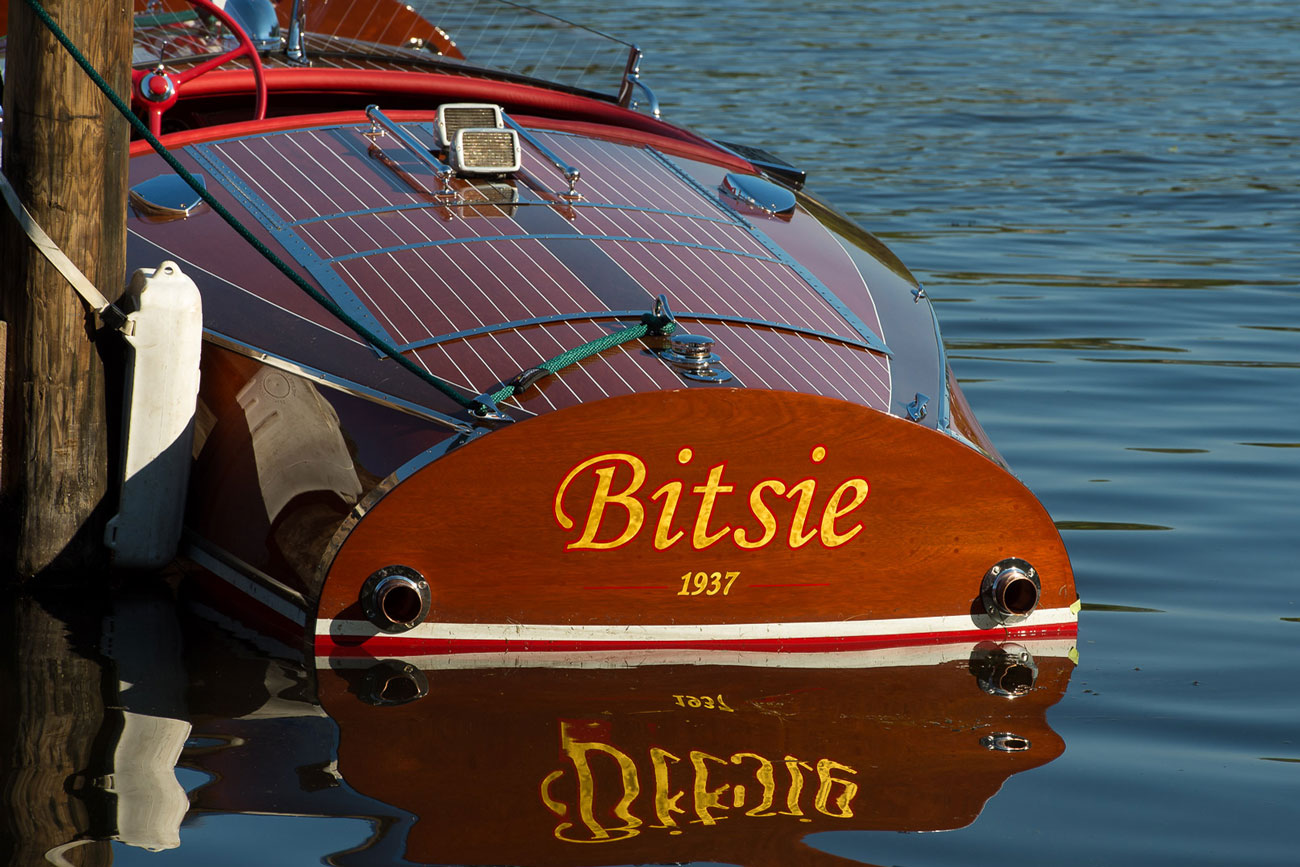 “Bitsie” was awarded a Platinum Award in the Race Boats Class.  She is a 1937 Chris Craft, 16 feet long.