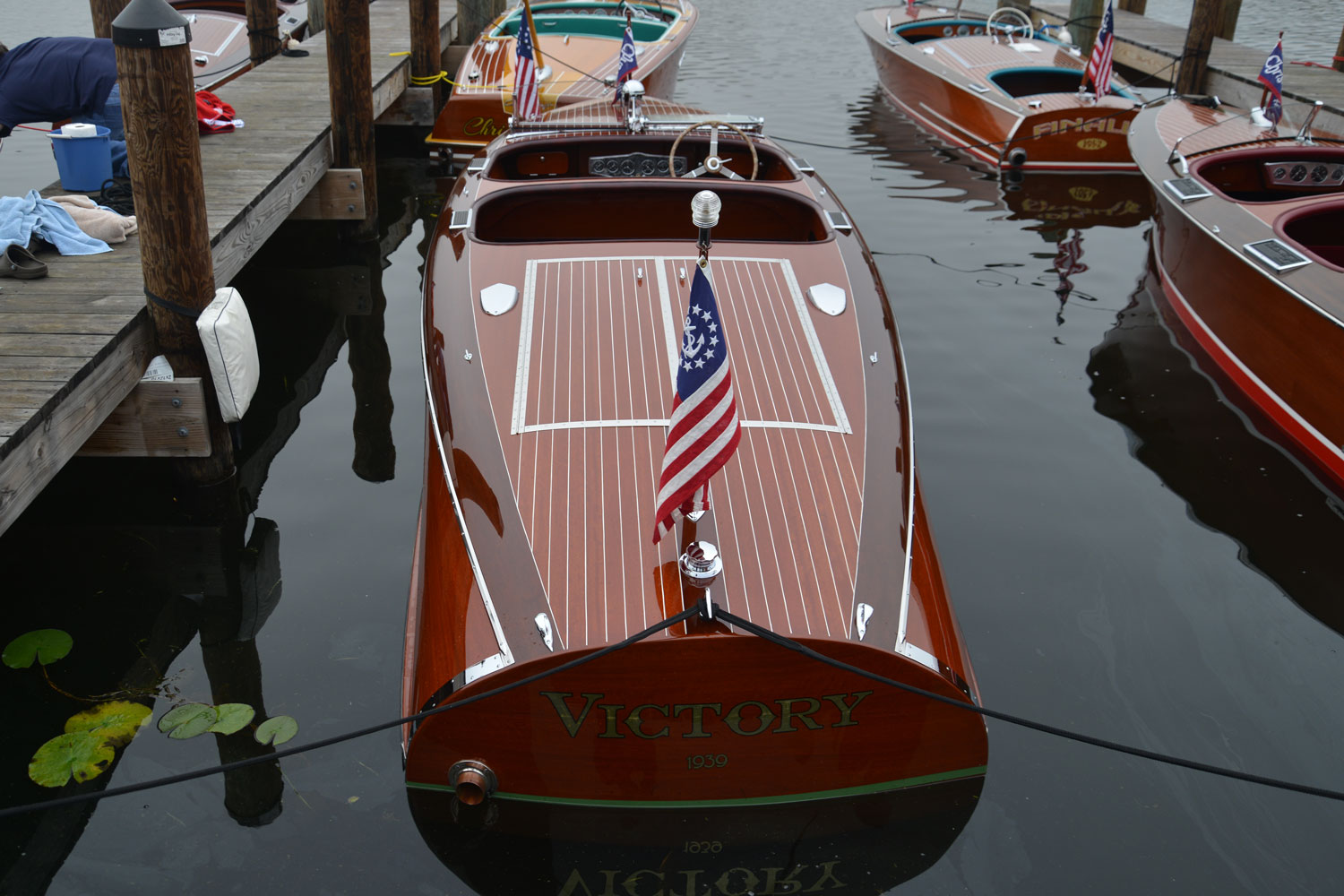 “Victory” was presented with a Platinum Award at the 2015 ACBS Annual International Boat Show.

Victory is a 1939 Chris Craft 19 ft. Custom is owned by Mike Lang, a member of the Bob Speltz Land-0-Lakes Chapter of the Antique & Classic Boat Society.  She was entered in the class of “Restored Prewar 22 feet and Under” and was judged to be worthy of the 2015 ACBS Platinum Restored Prewar 22 Feet & Under Award.

Prewar boats that were built between 1919 and 1942 are officially in the “Antique” classification.  A “Platinum Award” is given only when a boat is judged to be a 97-100 point boat.