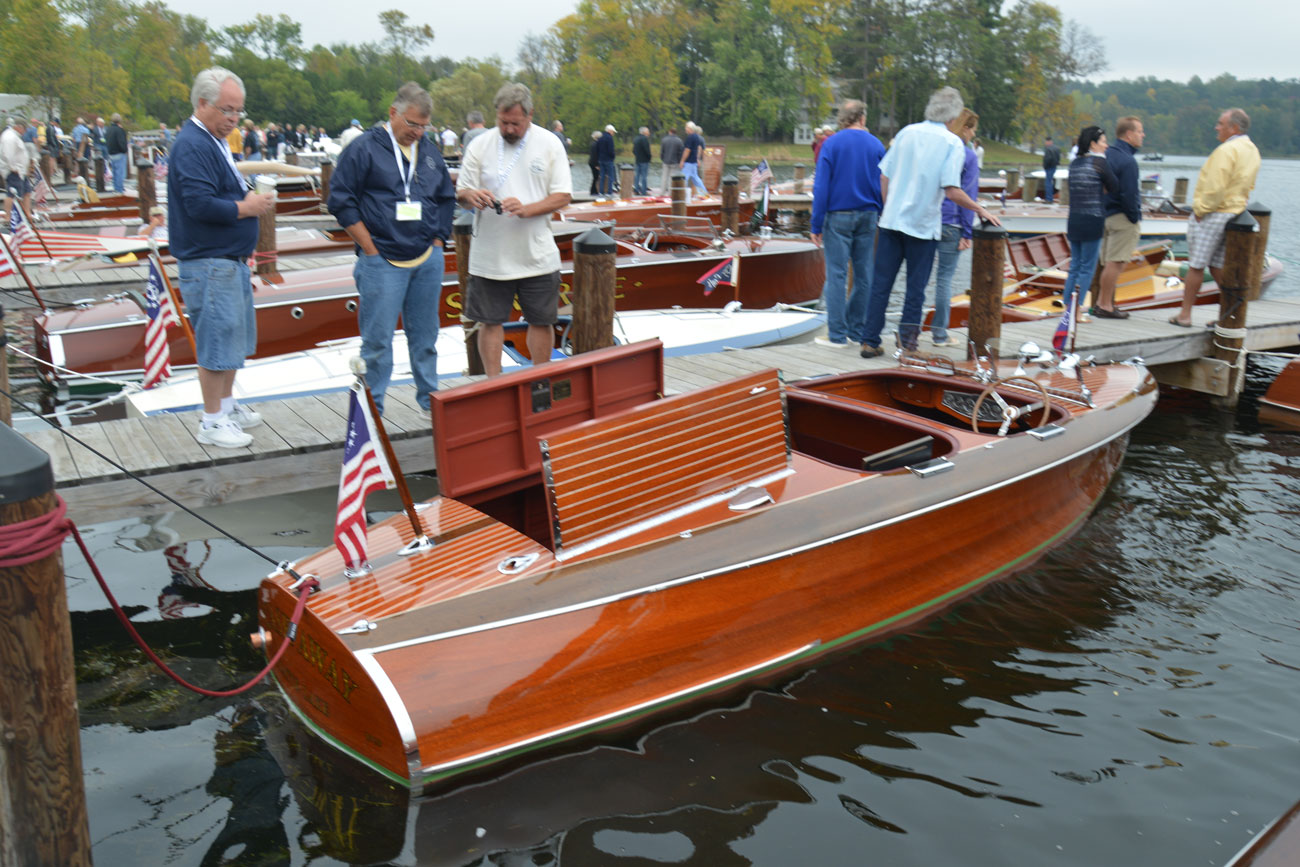 A 2015 ACBS Silver Antique Preserved Award was presented to “Cask-Away.”

“Cask-Away” is a 1939 Chris Craft 19′ Barrelback powered by a Gray Marine engine.  She is owned by Joe and Julie Whitsett who are members of the Indiana Chapter.  “Cask-Away” received the 2015 ACBS Silver Antique Preserved Award at the Antique & Classic Boat Society’s Annual Boat Show which was held at Gull Lake, Minnesota.

Prewar boats that were built between 1919 and 1942 are officially in the “Antique” classification.  A “Silver Award” is given when a boat is judged to be a 87 through 91 point boat.

ACBS defines “Preserved” boats as those containing at least 60% of their original deck and topsides material and are constructed using the same methods and materials as the original. Bottom replacement is expected in order for the boat to be serviceable but the method of replacement must duplicate the original.