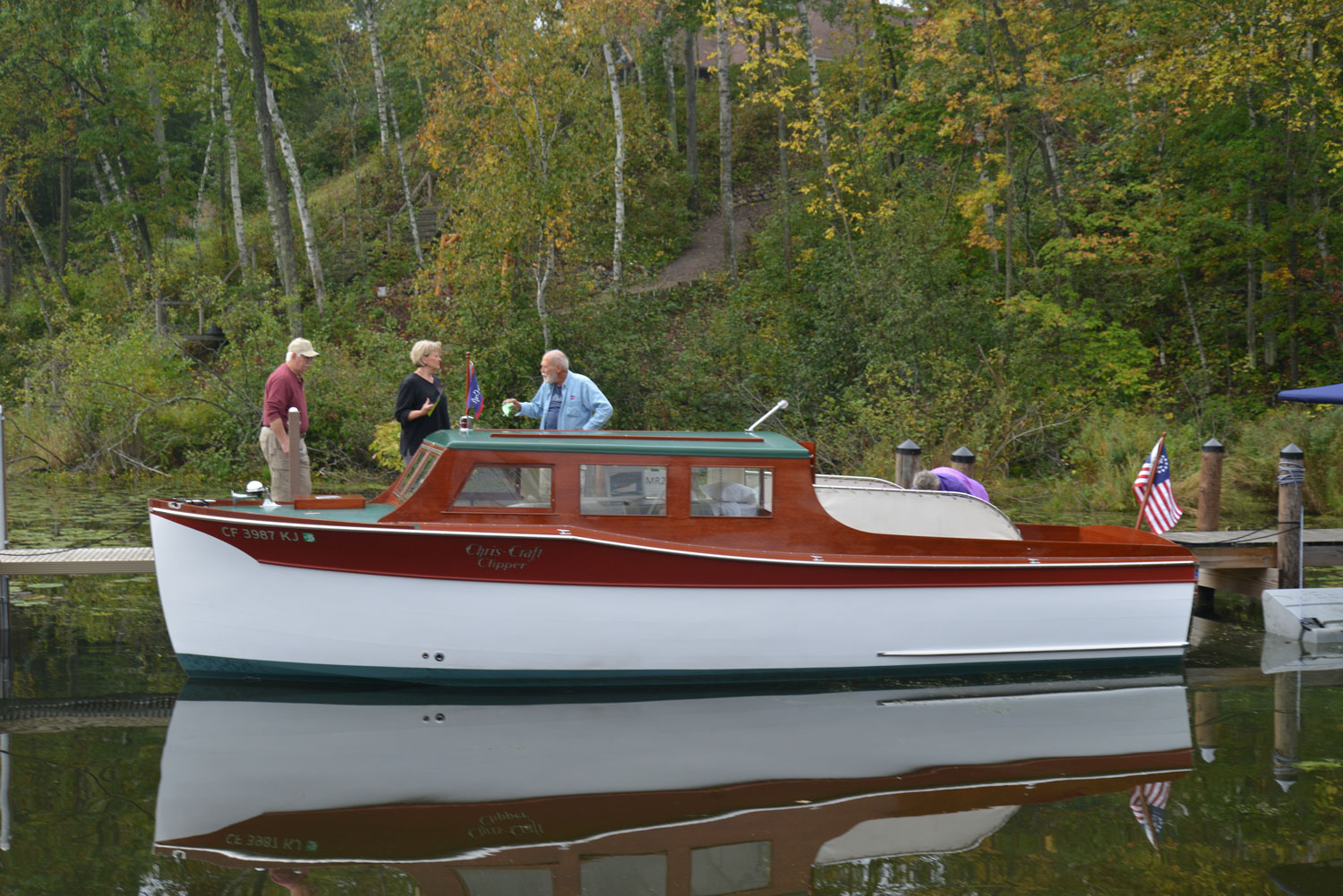 The 2015 Best of Show Restored, Klondike, is the 1938 25′ Chris Craft Clipper owned by Paul Anderson of the Northern California/Lake Tahoe Chapter of ACBS.  This antique boat is powered by a Chris Craft K engine.  She was entered in the “Restored Cruiser” class at the 2015 International Boat Show held at Gull Lake in Minnesota.

The “Best of Show Restored” Award is given to the boat with the highest score of all of the boats entered in all of the restored classes. For a boat to be considered restored, a boat will have less than 60% of its original deck or topsides planking or a boat with plywood replacing inner planks on the bottom.