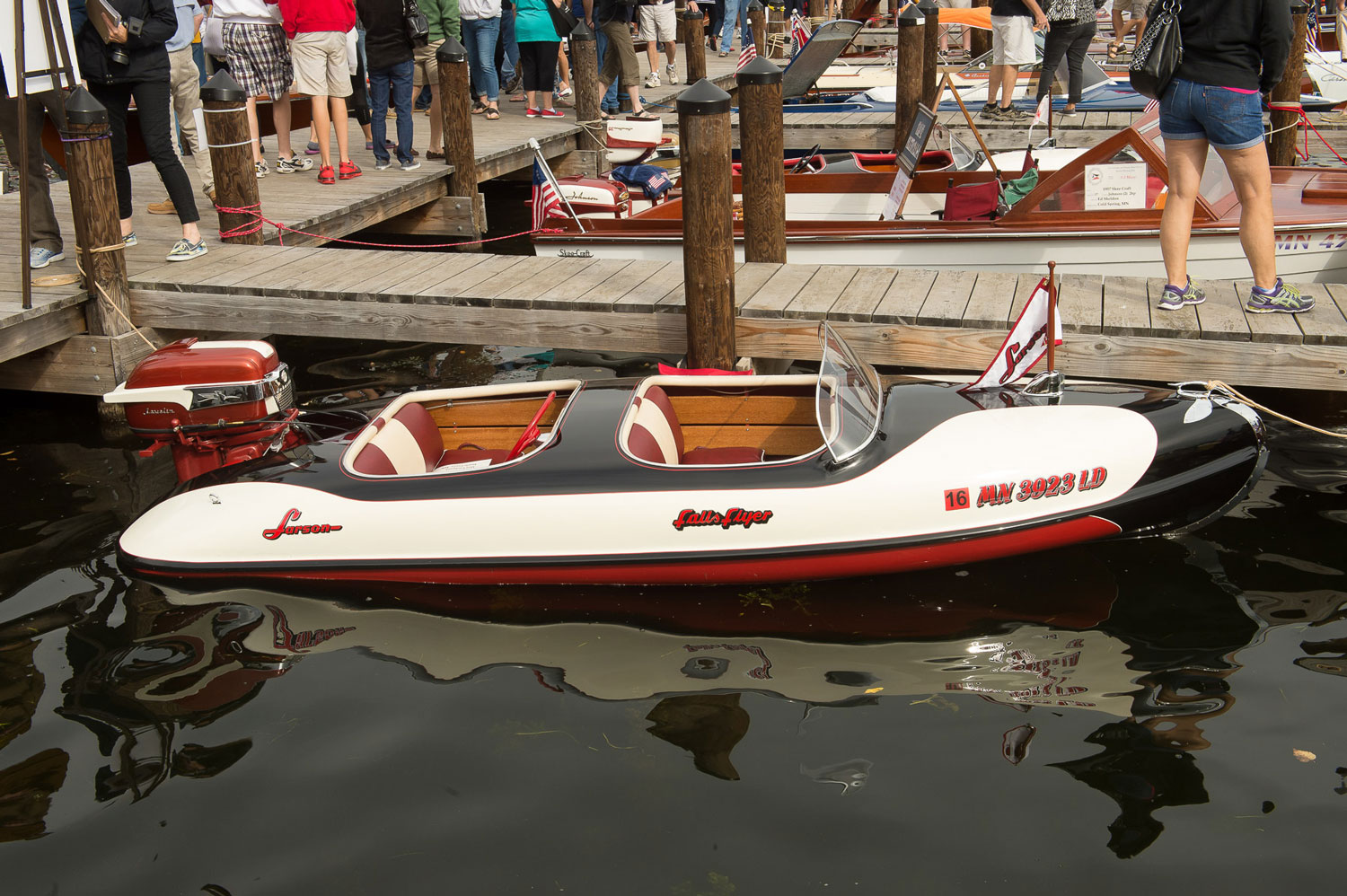 The 2015 Best of Show Non-Wood is owned by Al and Barbara Lindquist who are members of the Bob Speltz Land-o-Lakes Chapter of ACBS.  The boat is a 1956 Larson Falls Flyer, 14′, and is powered by a Johnson Javelin 35 hp outboard.  This boat was entered in the Outboard with Steering Class at the 2015 Annual ACBS International Boat Show held at Gull Lake in Minnesota.

The Antique & Classic Boat Society recognizes the unique and classic styling and functionality of boats that are constructed primarily of materials other than wood.  Many of the boats in the “Late Classic” age group (1976 through the year 25 years prior to the present year) fit into this category, although many boats in the earlier classifications were also constructed from steel, aluminum, and fiberglass. The 2015 Best of Show Non-Wood is awarded to the boat with the highest points of all non-wood boats entered is all of the various judged classes.