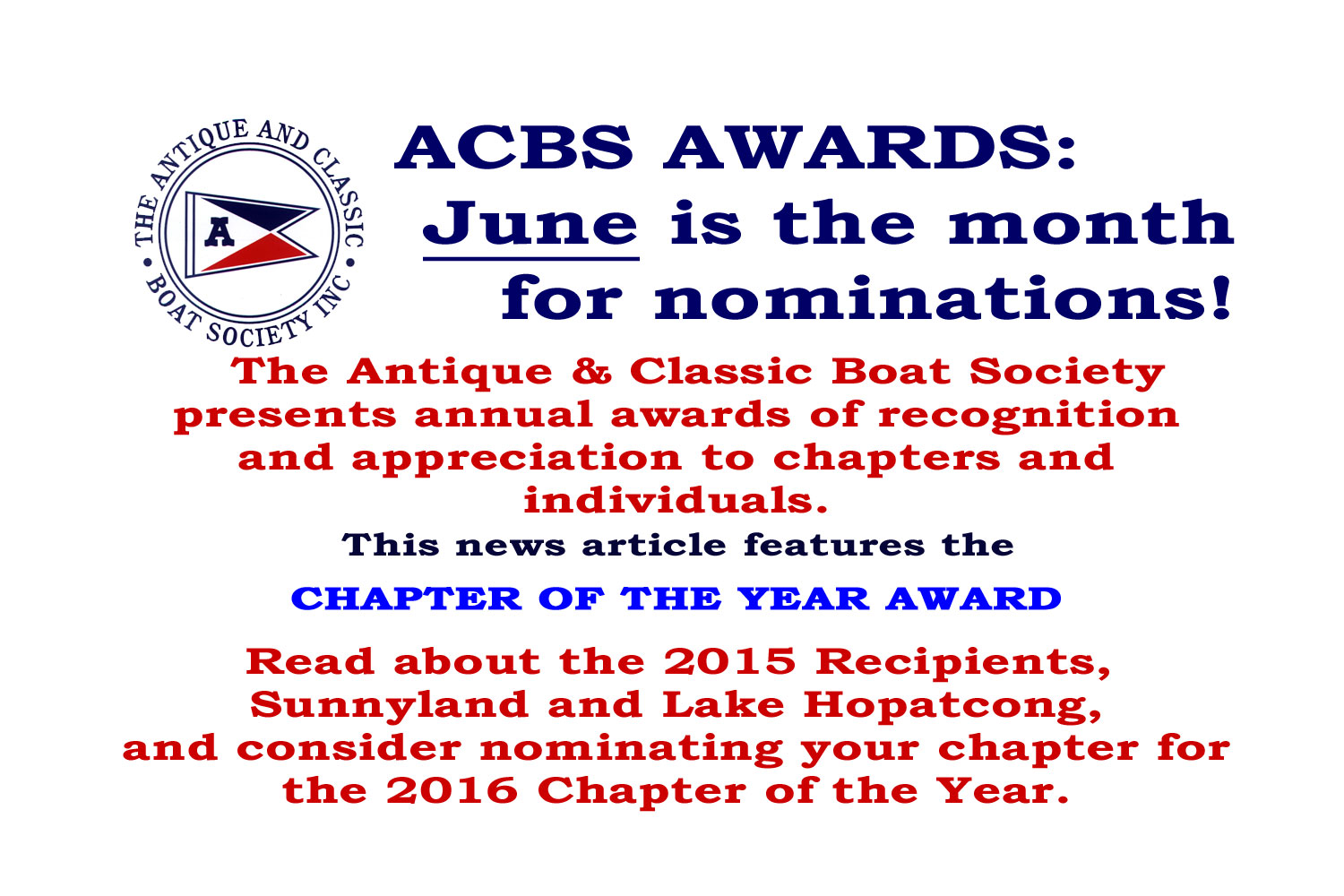 The CHAPTER OF THE YEAR award is  given by the Antique & Classic Boat Society in recognition of particularly outstanding development, activities, member participation, and improvement at the chapter level.

The 2015 Chapter Award actually was presented to two ACBS Chapters; one very large and the other relatively smaller in membership.  Awards are presented at the ACBS Annual Meeting’s Awards Banquet.

Lake Hopatcong is a smaller chapter with 125 memberships.  They produce an outstanding newsletter, and website.  They have a beautiful color  calendar which they sell each year featuring member’s boats.  It is apparent from all of their publications that this is a fun chapter full of camaraderie.  They are working on increasing membership and emphasizing wood, as well as fiberglass boats to attract new members.  They encourage youth development with junior judging and have the local Boy Scouts participate in their boat show.  They are very active with social events, workshops and symposiums, and on-water events.

Sunnyland is a large chapter with nearly 600 memberships, and because of their size realized they needed to re-evaluate all facets of their chapter.  They focused on Financial Fiduciary responsibilities, youth development, and membership development, and have a goal to retain current members and increase their membership by 10% this year.  This chapter produces a beautiful, quarterly newsletter and maintains a well-run and up-to-date website.  Their annual boat show in Tavares, Florida, is not to be missed and has something for everyone.  It also kicks off the boating season for those people on the East coast and Canada.

Nominations are now welcome for the 2016 Chapter of the Year.

The Chapter of the Year Awards have been presented every year since 2010.  Past recipients are: