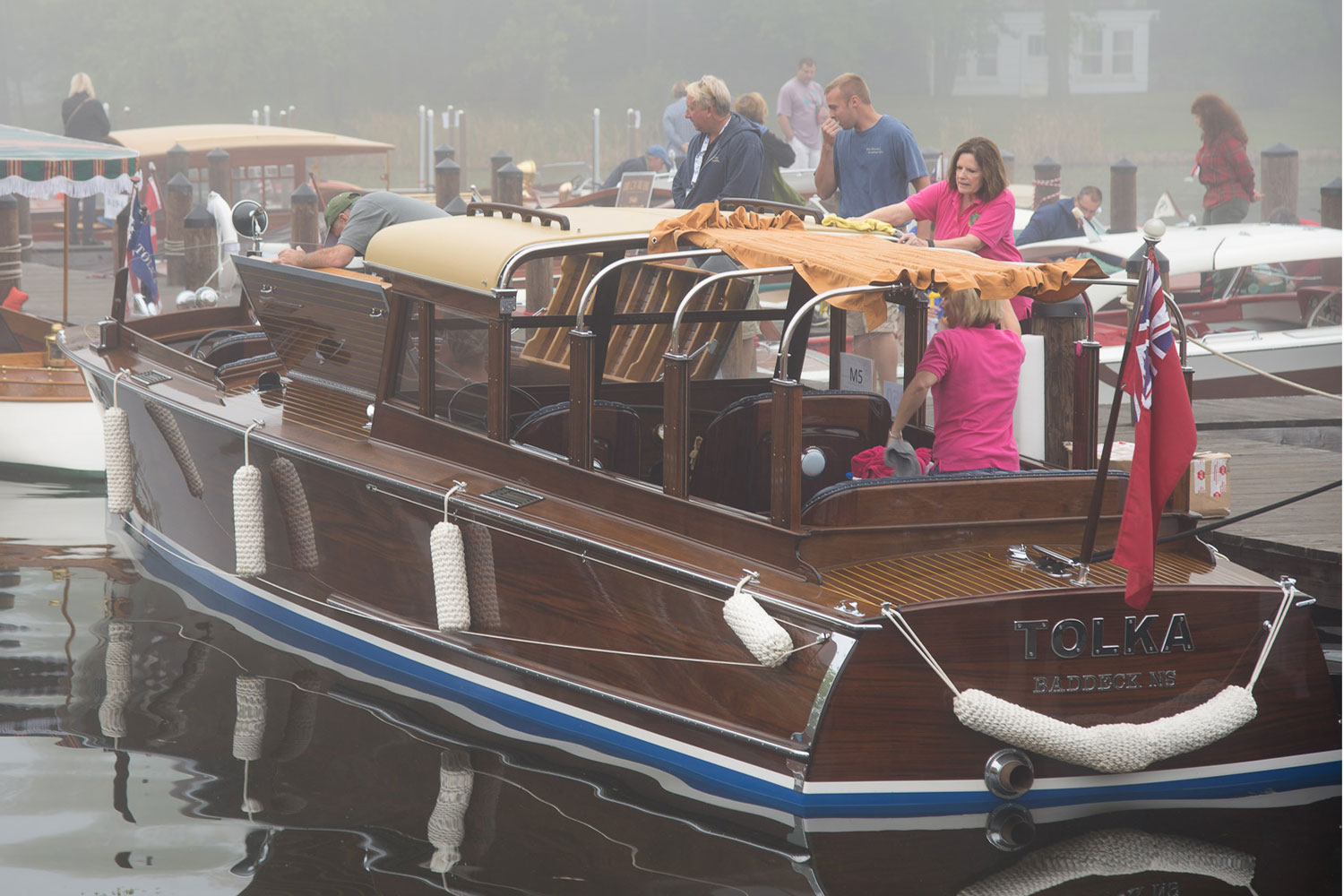 “Tolka”, owned by Lee and Penny Anderson, was entered as a 1929 36 foot Bell Labs Launch.  She is powered by a Sterling Petrel 6 cylinder 135 hp engine.

Prewar boats that were built between 1919 and 1942 are officially in the “Antique” classification.  A “Gold Award” is given only when a boat is judged to be a 92-96 point boat.