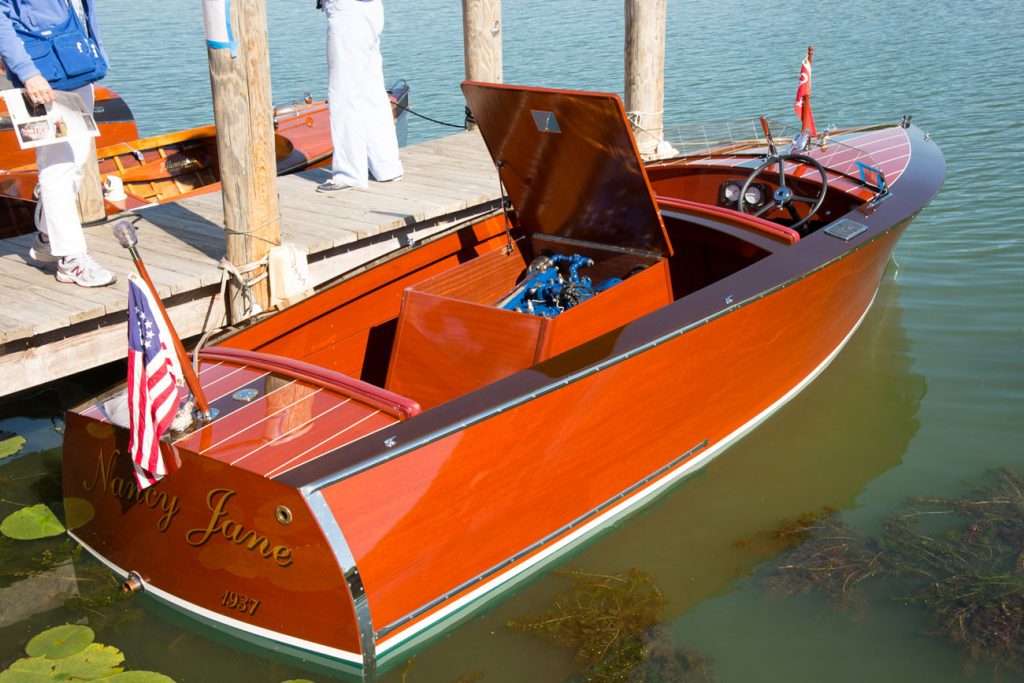 She merited a 2015 Gold Antique Utility Restored Award at the Annual ACBS Boat Show held at Gull Lake in Minnesota.