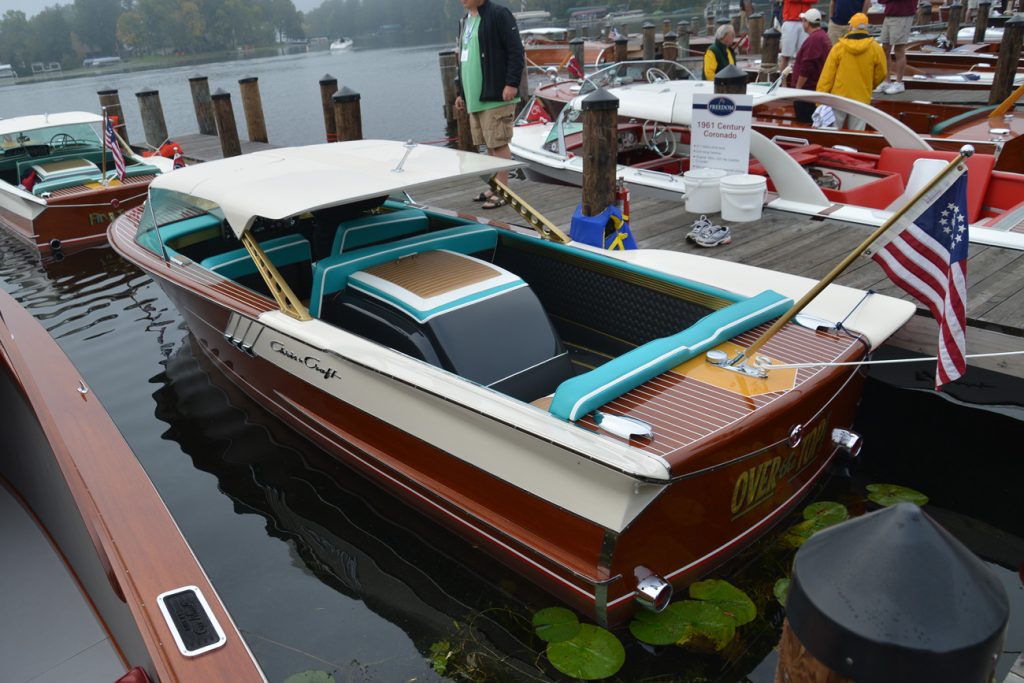 “Over the Top” is a 1961 21 ft Chris Craft Continental owned by Paul and Karen Harrison who are members of the Okanagan Chapter.

Boats that were built between 1943 and 1965, inclusive, are officially in the “Classic” classification.  A “Gold Award” is given when a boat is judged to be a 92 through 96 point boat.