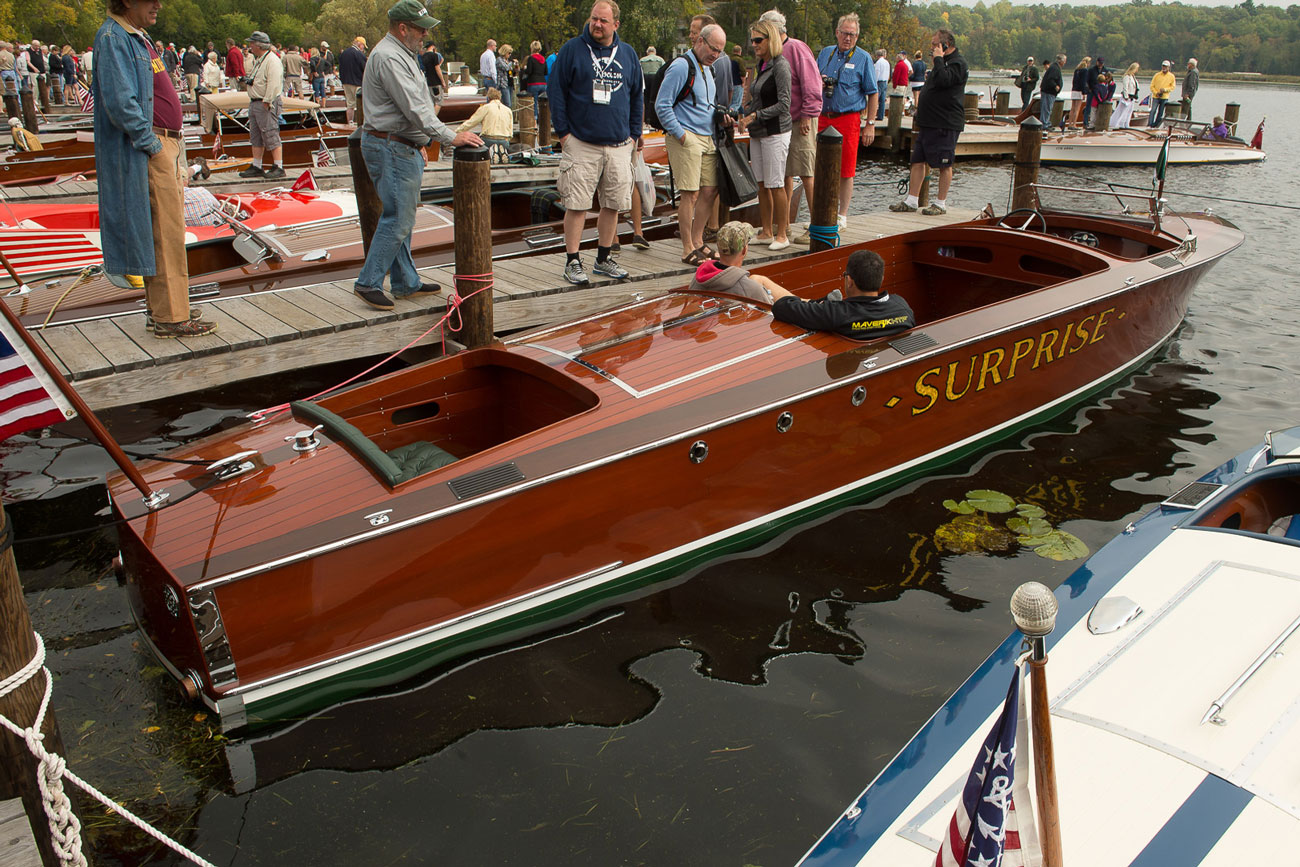 A 2015 Gold Preserved Antique Runabout Award was given to “Surprise”.

“Surprise” is a 1927 30 ft. Hutchinson.  She was entered in the Preserved Antique Runabout Class by Aaron Starke.  Aaron is a member of the Bob Speltz Chapter of the Antique & Classic Boat Society.

The “Antique” term is applied to boats that were built between 1919 and 1942, inclusive. ACBS defines “Preserved” boats as those containing at least 60% of their original deck and topsides material and are constructed using the same methods and materials as the original. Bottom replacement is expected in order for the boat to be serviceable but the method of replacement must duplicate the original.