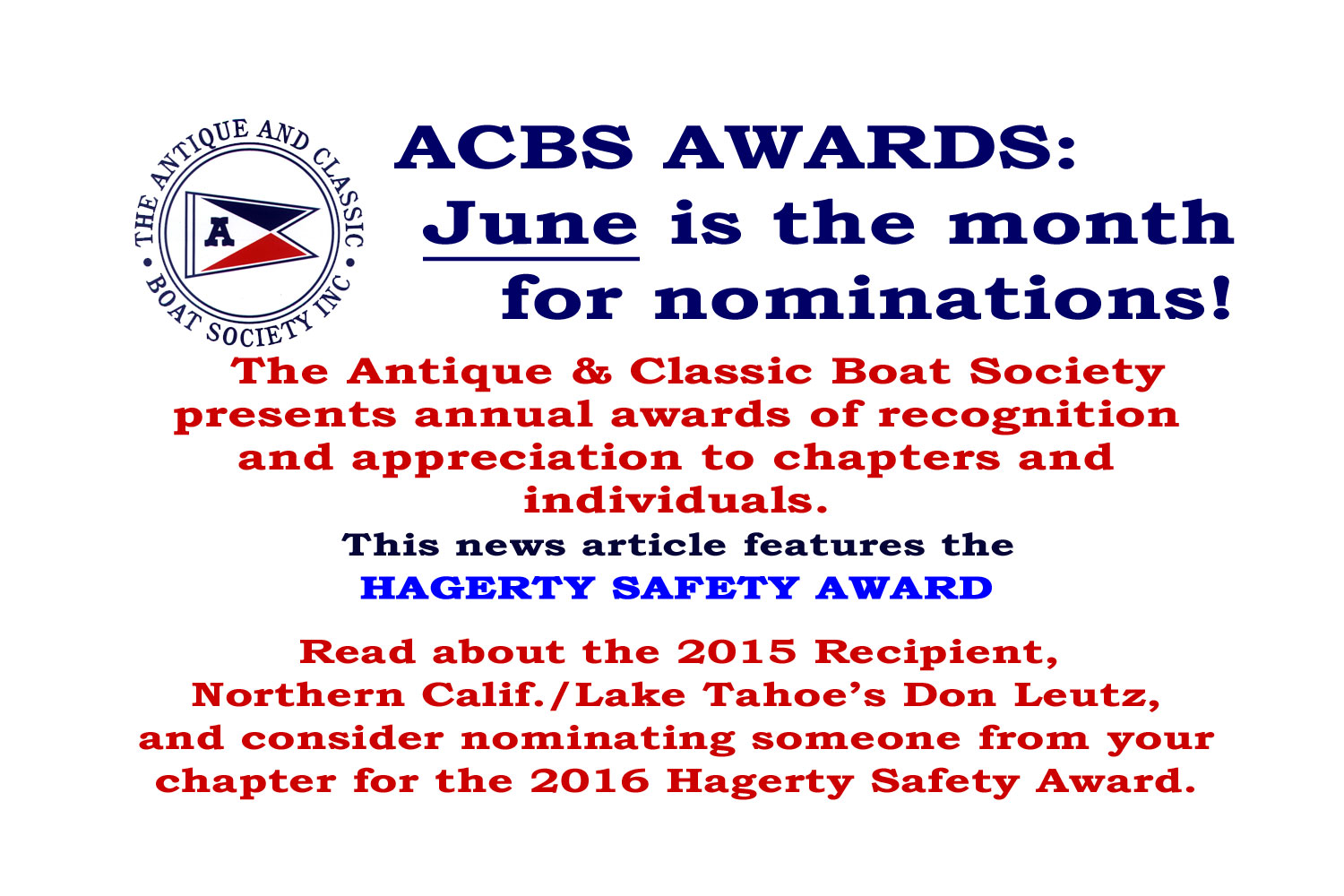 The HAGERTY SAFETY AWARD is  given by Hagerty Marine Insurance Company and the Antique & Classic Boat Society for a safety article published in an ACBS related publication.

The 2015 Hagerty Safety Award was presented to Don Leutz of the Northern California/Lake Tahoe Chapter for his safety articles published quarterly in the Chapter’s publication Western Wood.  Awards are presented at the ACBS Annual Meeting’s Awards Banquet.

Nominations are now welcome for the 2016 Hagerty Safety Award.

The Hagerty Safety Awards have been presented annually since 2002.  Past recipients are: