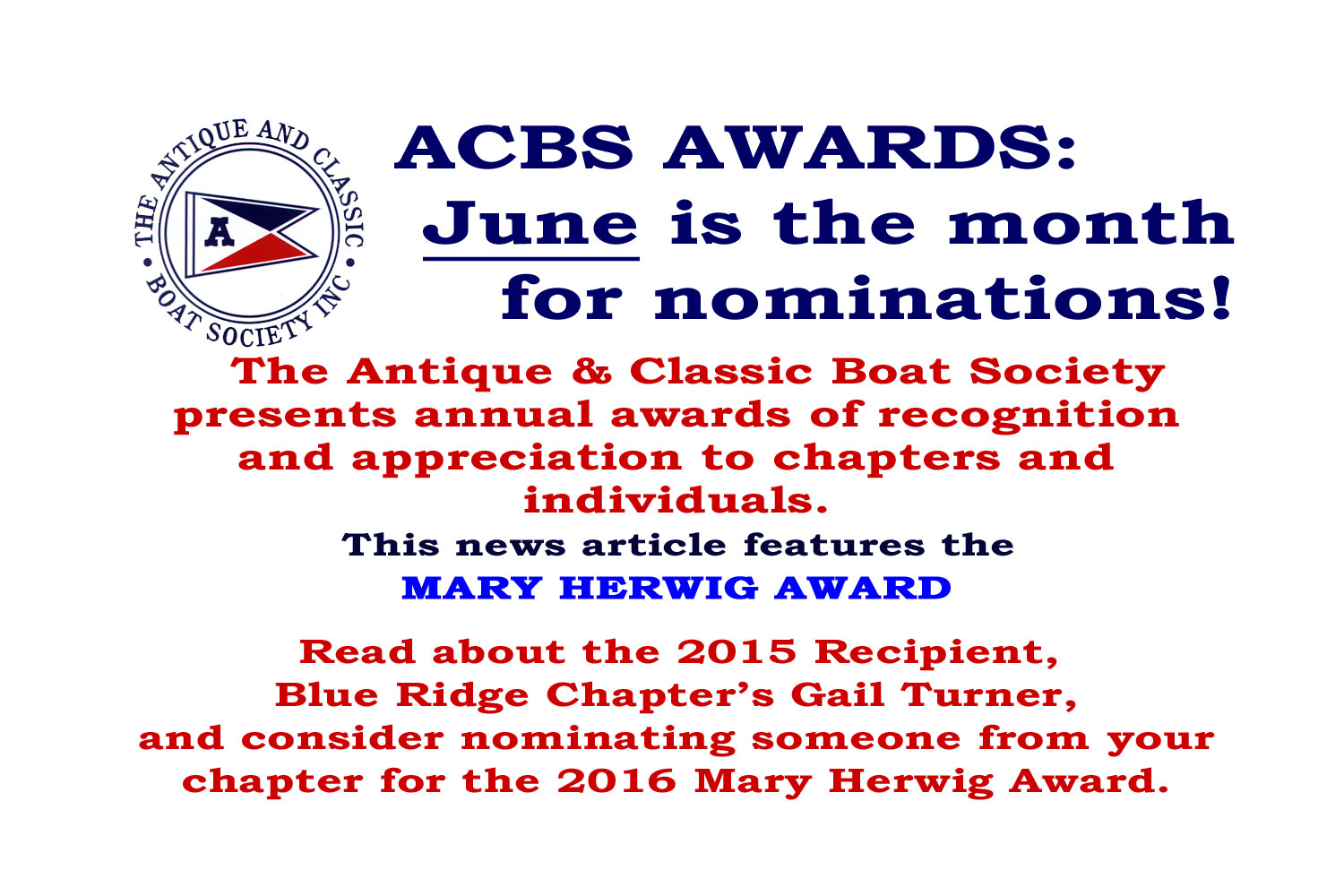 The MARY HERWIG AWARD is  given by the Antique & Classic Boat Society to honor an individual who, through activities at the chapter level, has contributed broadly and in an outstanding manner to enhance and further the aims and objectives of the society.

Mary Herwig, a member of the Manotick Chapter, became a Director and Officer in the ACBS, in fact, President-elect before her death.  Her emphasis in leadership was always to recognize and honor the efforts of the work done at the chapter level of the organization.

Nominations are now welcome for the 2016 Mary Herwig  Award. Awards are presented at the ACBS Annual Meeting’s Awards Banquet.

The Mary Herwig Award has been presented every year since 1996.  Past recipients are: