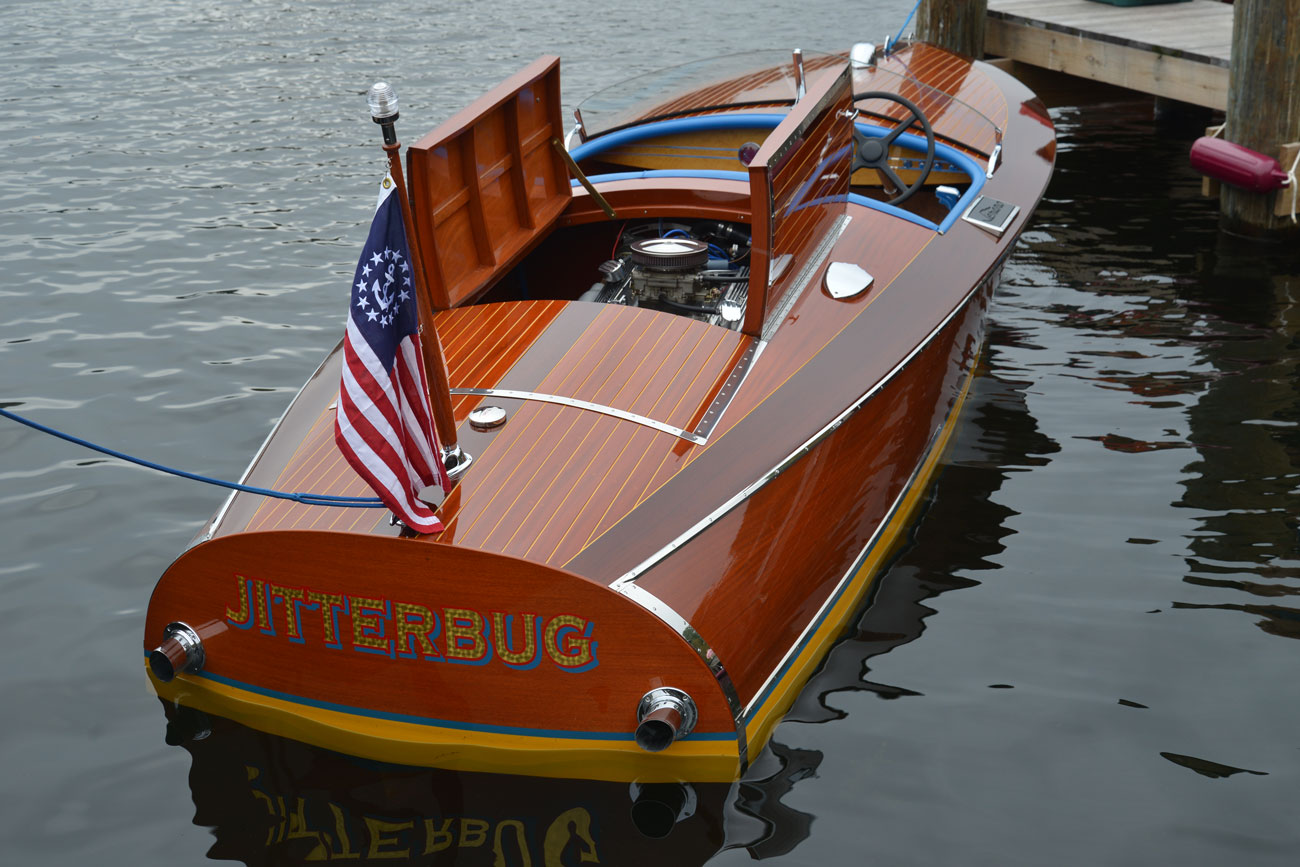 “Jitterbug” is a Platinum Award winner in the 2015 ACBS Contemporary Class.

Mike and Becky Teusink, members of the Water Wonderland Chapter of ACBS, entered “Jitterbug” in the Contemporary Class at the 2015 ACBS Boat Show held at Gull Lake in Minnesota.  “Jitterbug” was built in 2015 by the Wooden Runabout Company.  This 19 ft boat was presented with a 2015 Platinum Contemporary Award.

The “Contemporary” classification applies to a wooden boat built within the most recent 25 years.

Platinum Awards are presented to boats that are judged to be worthy of 97 through 100 points.  At the 2015 Annual International Boat Show held at Gull Lake, Minnesota, ten Platinum Awards were presented in addition to the three “Best of Show” Awards.