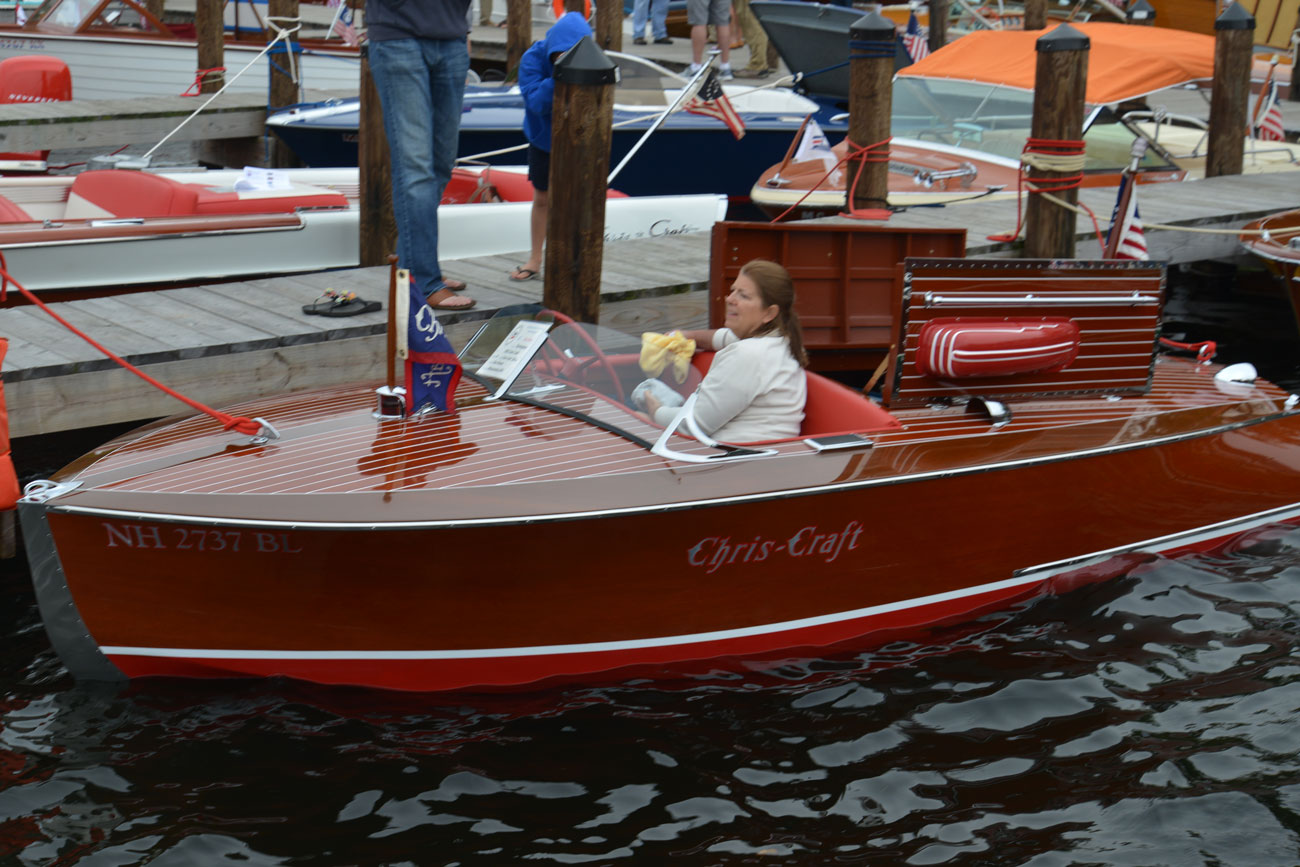 “The Fifth” belongs to Dr. H.J. Ludington who is a member of the New England Chapter of the Antique & Classic Boat Society.  She is a 1942 Chris Craft Hydro Racing Boat, just 16 feet long.

The RACE BOAT class is composed of inboards or outboards of planing or semi-planing hull form, designed and used primarily for racing competition.

Platinum Awards are presented to boats that are judged to be worthy of 97 or more points. At the 2015 Annual International Boat Show held at Gull Lake, Minnesota, ten Platinum Awards were presented in addition to the three “Best of Show” Awards.