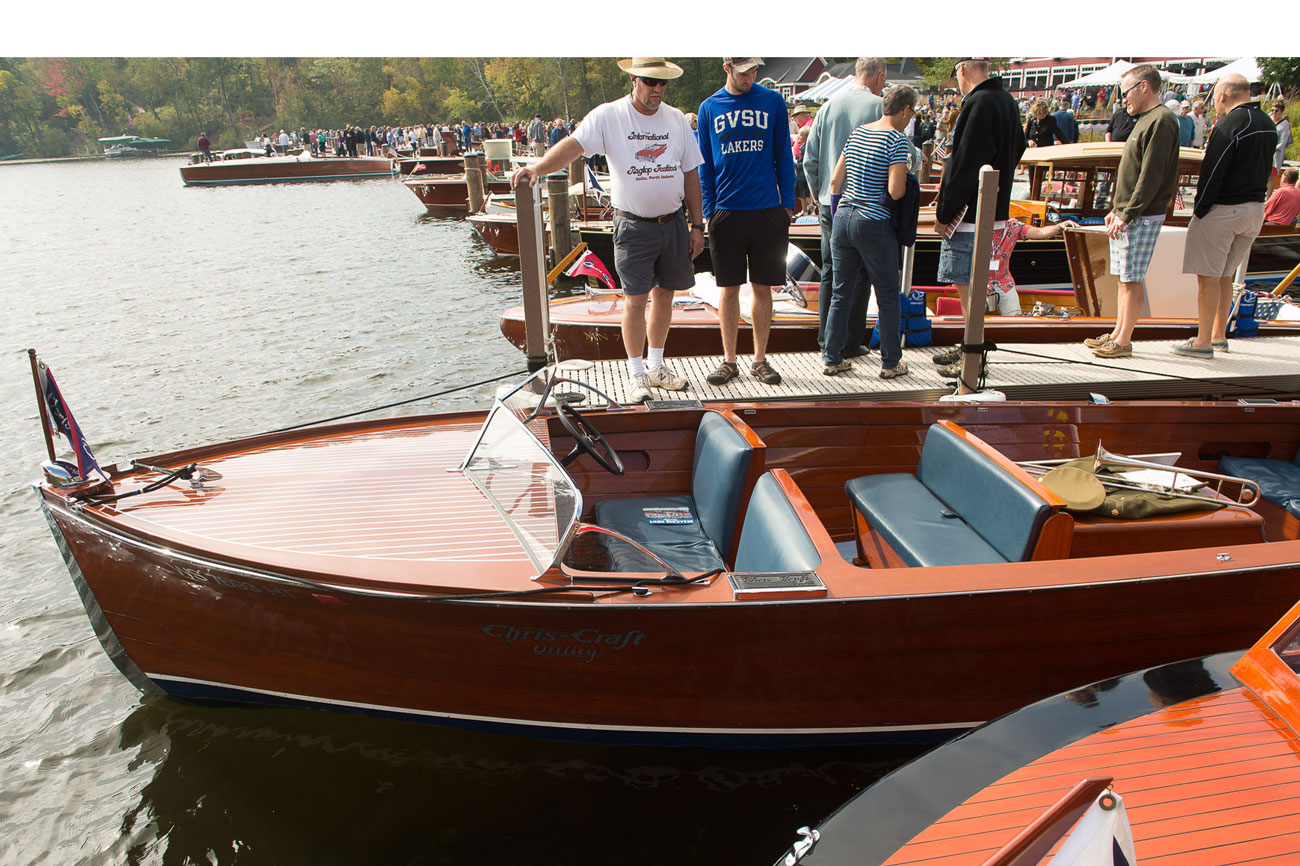 “In the Mood” received the 2015 Silver Antique Utility Restored Award.

“In the Mood” is a 1940 22 foot Chris Craft Deluxe Utility is owned by Wil and Mary Vidal who are members of the Glacier Lakes Chapter of the Antique and Classic Boat Society.  She is powered by a Hercules 6 cylinder 130 hp engine. Note the WW II uniform and trombone as part of the display.  Gets you in the mood!