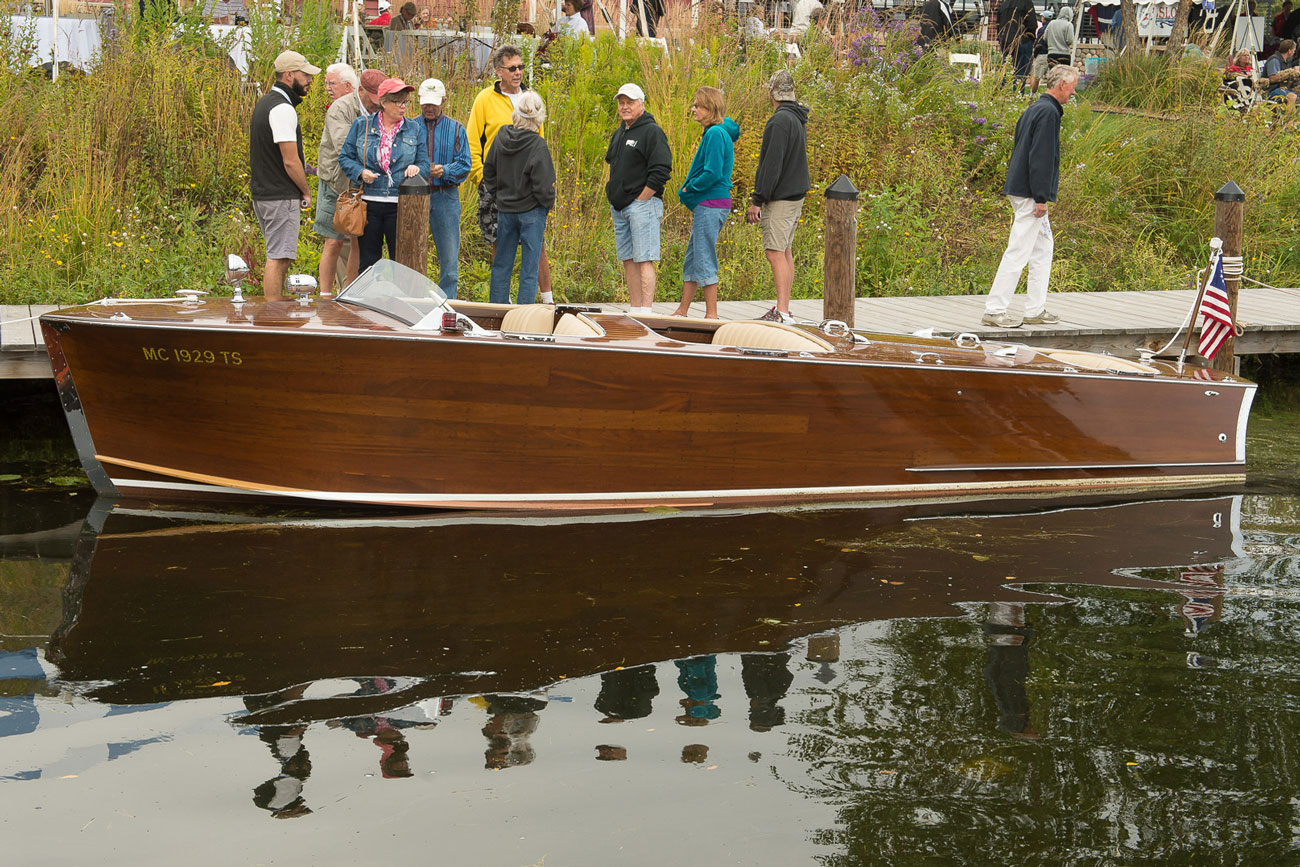 She is owned by Andrew and Cristin Robb who are members of the Southern New England Chapter of ACBS.

FS Crate & Sons were a small time boat building shop located in Keswick ONT on Lake Simcoe. They reportedly built custom fishing boats, small craft, utilities, runabouts and cruisers. A fire in the 1950s destroyed their shop and whatever records they had, leaving behind no information about the history of their boats. The shop closed soon after and the Crate family continued on in the Marina and Chris Craft dealership business throughout Ontario and Quebec.