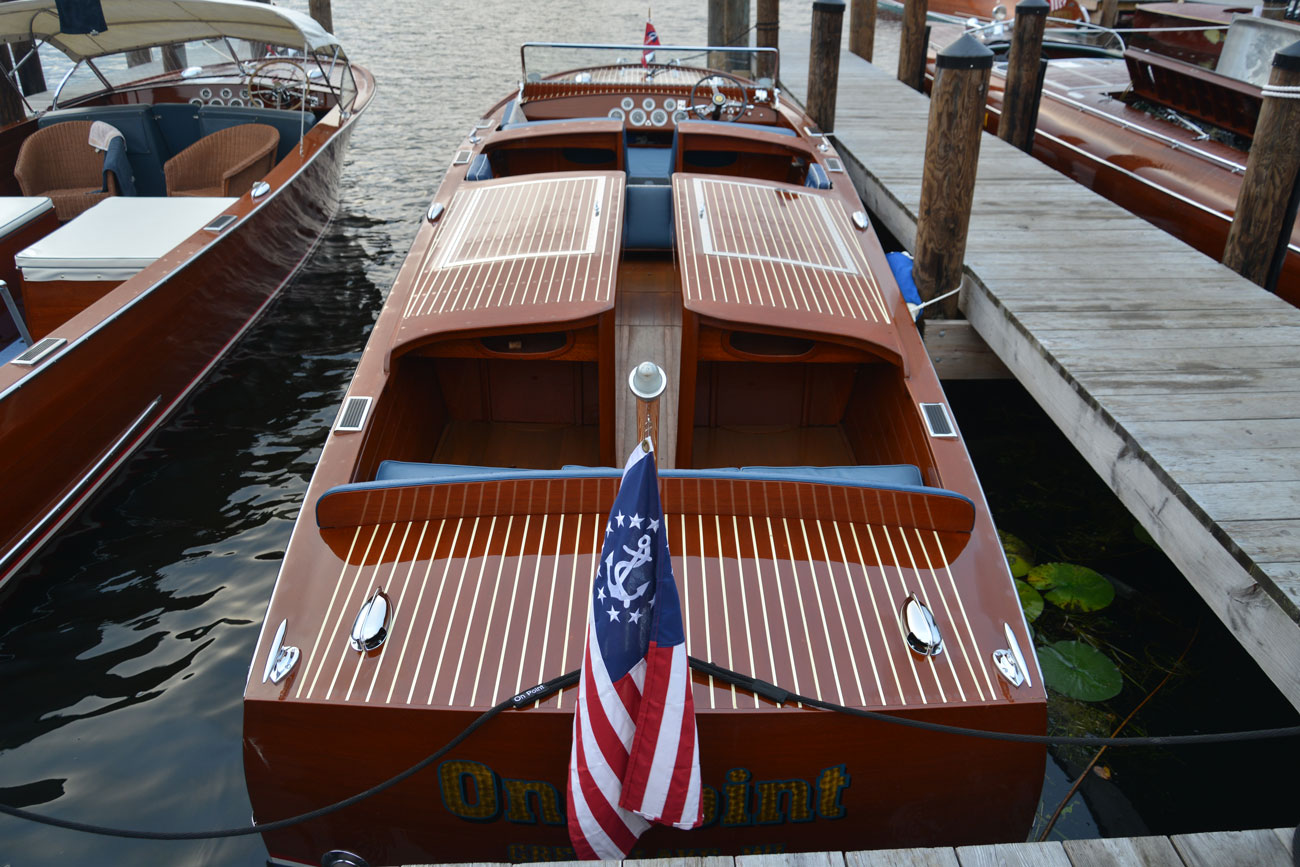 “On Point” is owned by Dave Bortner & Michelle DeMist who are members of the Bob Speltz Land-o-Lakes Chapter of ACBS. “On Point” is a 1949 25 ft Chris Craft Utility.

Wooden boats that have been built within the most recent 25 years are officially in the “Contemporary” classification.  A “Gold Award” is given when a boat is judged to be a 92 through 96 point boat.