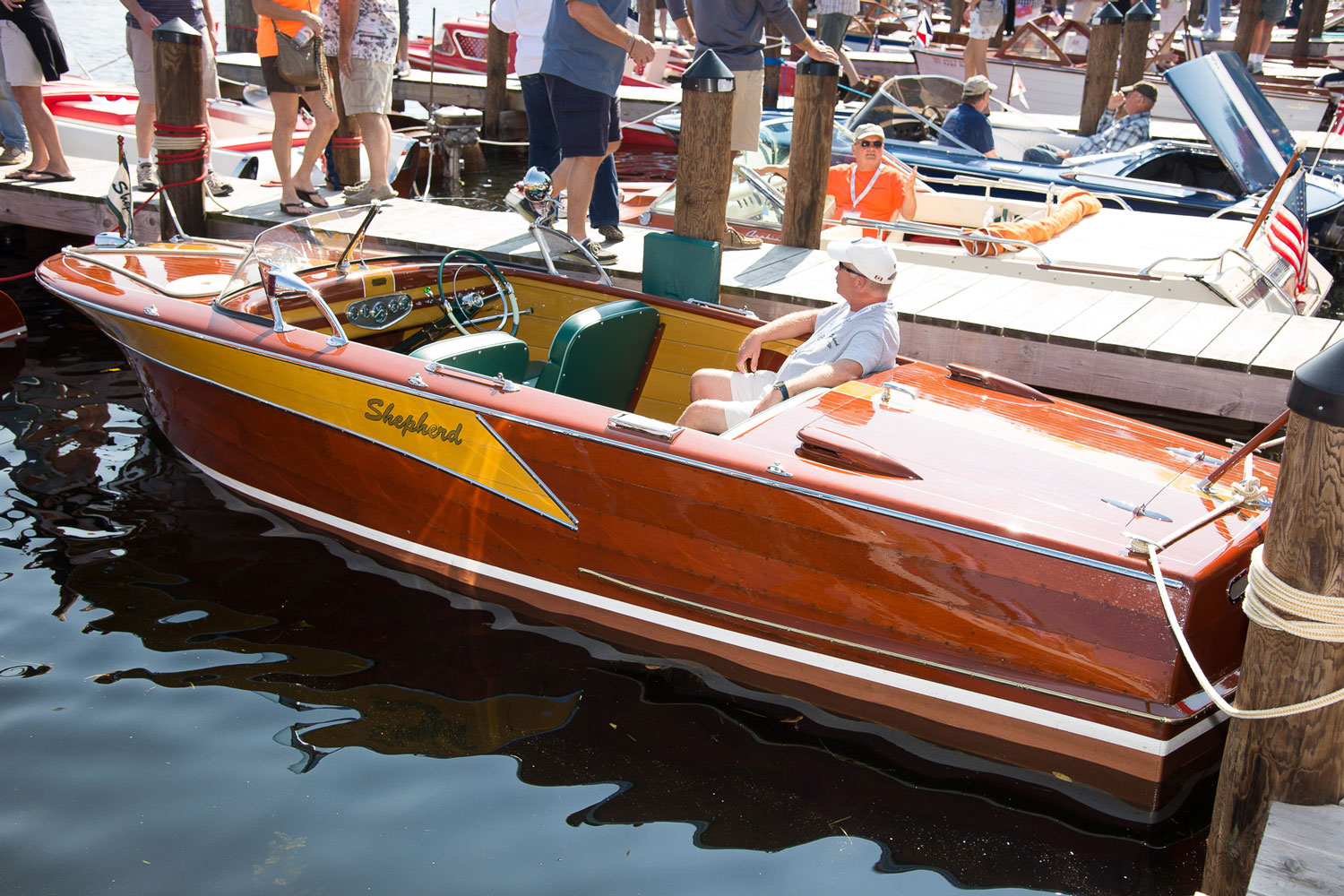 “Rhubarb” was entered in the 2015 ACBS International Boat Show at Gull Lake in Minnesota.  She is a 22 foot 1961 Shepard V-Drive powered by a Chrysler 413 300 hp engine.  “Rhubarb” is owned by Scott Mason & Patty Ludden who are members of the Pacific Northwest Chapter of ACBS.

Here is a list of the 2015 Boat Show Winners. In the coming weeks, this website will continue to show pictures of the 2015 winning boats. The 2015 Annual ACBS Meeting and International Boat Show was held at Gull Lake, Minnesota.  It was hosted by the Bob Speltz Land-o-Lakes Chapter of ACBS.[/vc_column_text][/vc_column][/vc_row]