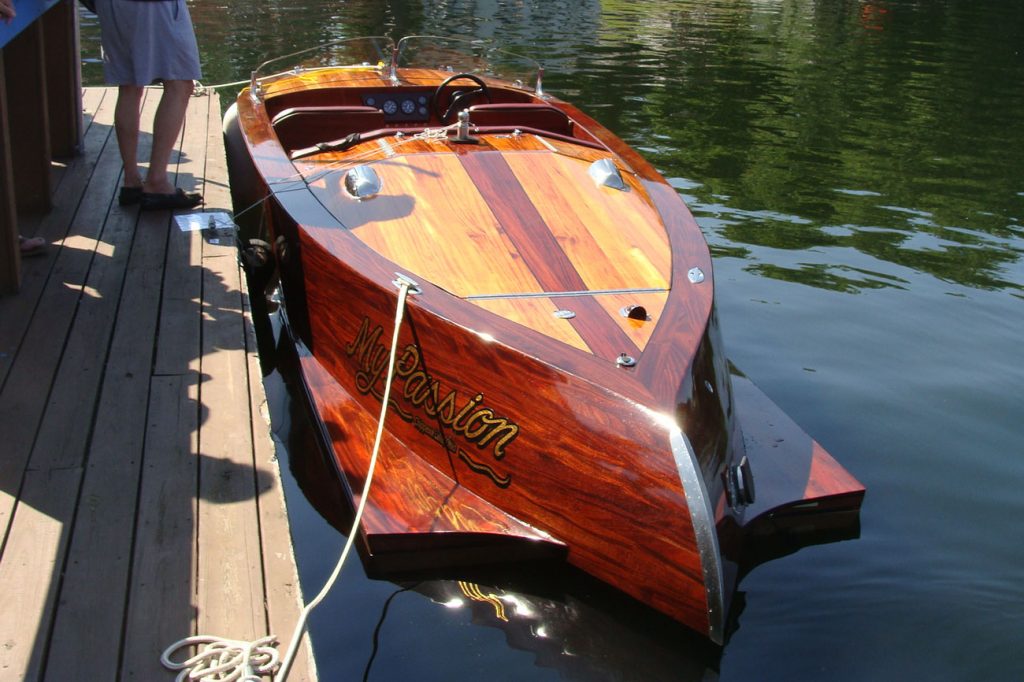 On June 25th, the 2016 Portage Lakes Show was at “On Tap at the Harbor” restaurant and docks in Coventry, Ohio.  The show included over 50 beautiful wood and vintage fiberglass boats.

In the last few years, there has been growing interest in the original fiberglass boats which became popular in the late 1960’s as wood boat production was phased out due to shortages of mahogany, production costs, and desire for easier to maintain boats.  Those earlier model fiberglass boats had unique designs influenced by the finned automobiles of the late 50’s and 60’s.  You will see some of those boats at the show.

One very unique fiberglass boat manufacturer, Elite Craft, wanted to keep the “wood grained” look of the 30’s and 40’s mahogany grained runabouts with their cockpits forward of the “decked over” engine compartment.  Only 350 of these very beautiful boats were made in the late 1980’s and we will have one of  20 foot Elite Craft on display at the show.  See if you can spot the fiberglass boat that looks just like its earlier wood cousins. Here is a hint; the name on the transom tells the story, “Not Wood”.

Also on display will be the boat featured on this year’s show poster, Portage Lakes resident Byron Kruger’s 1964 Chris Craft Golden Arrow, 19’ utility which has been beautifully restored.

The Winners in the 2016 Portage Lakes Show are: