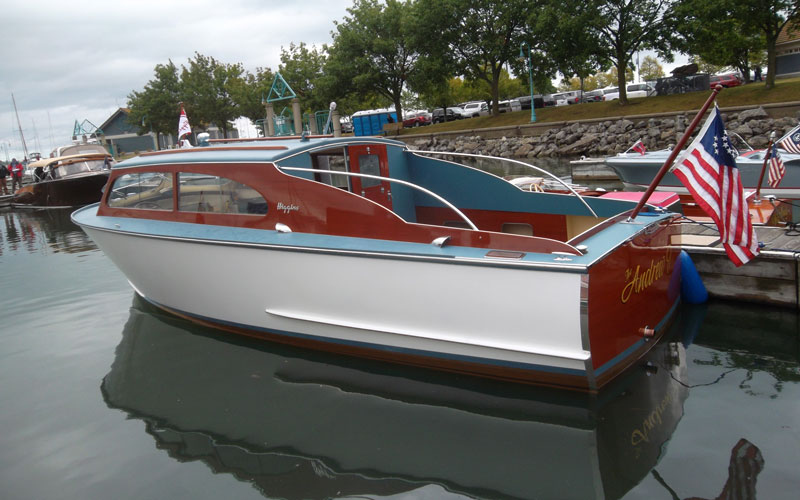 The Andrew J  has been preserved by Jeff Oppenheimer of Monrovia, Indiana.   The Andrew J is a 1948 Higgins 26′ Deluxe Sedan Cruiser with a Chrysler M-27 115hp engine. 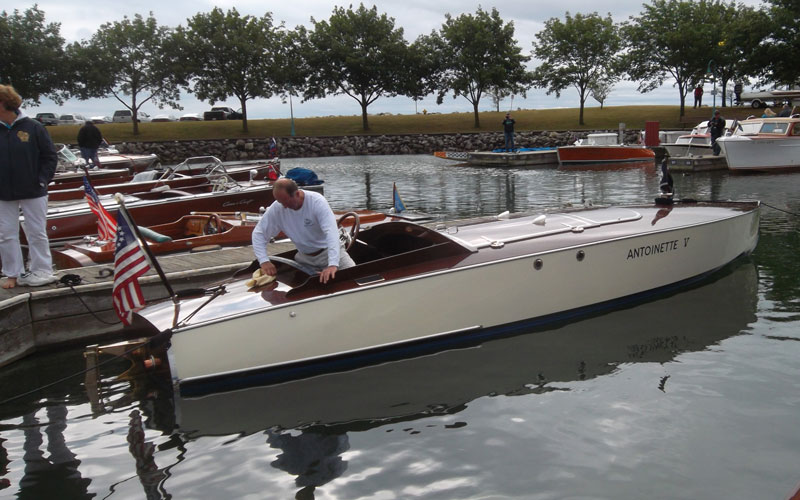 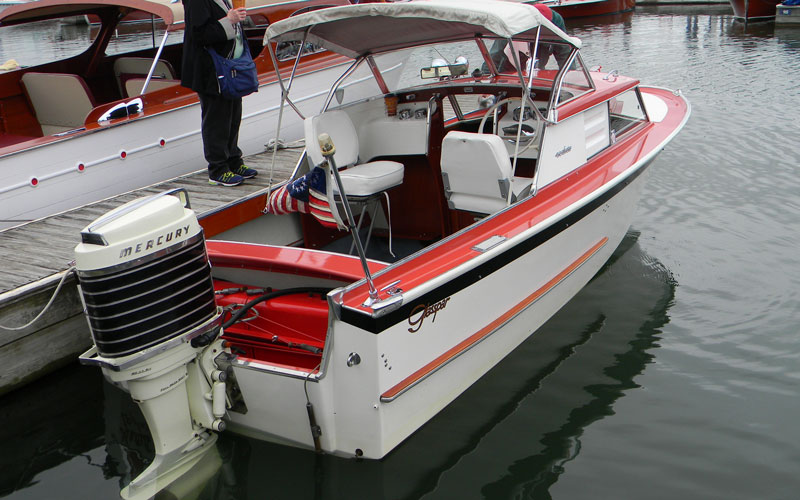 This 1959 Glasspar 17′ Seafair Sedan with a Mercury 800EL 80hp engine is owned by Terry and Mary Dickson of Sleepy Hollow, IL.

The 2017 ACBS International Boat Show was held at ReefPoint Marina in Racine, Wisconsin on September 8th and 9th. This was the 15th Annual ACBS Show and it was held in conjunction with the 42nd Annual Antique and Classic Boat Society’s Meeting.

Unique Awards were given in the following categories:

HIGGINS MARQUE AWARD – (pictured above as Best of Show-Preserved)

ACBS Age Classifications and Judging Classes may be found under the heading About Us.  More pictures of boats at the show and in their classes will be shown on this site in coming weeks.  Stay turned!