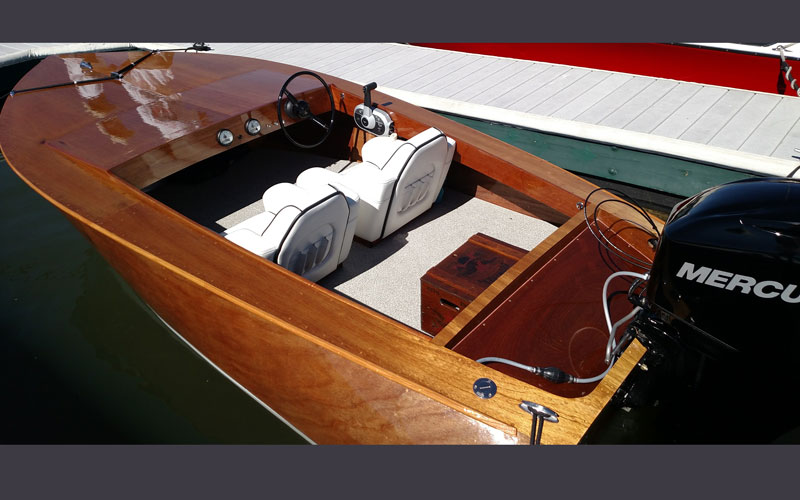 Thank you, Maggi Cassell, for reporting on the Southern California Chapter’s Antique and Classic Boat Show.

The club spent a beautiful weekend at Big Bear Lake, in the California high Sierras. The sun was shining and the breeze was blowing.

The Southern California Chapter of ACBS had a terrific turnout from the public, too! Our Peoples’ Choice box received over two hundred votes and numerous additional folks declined to vote, saying they couldn’t pick a favorite. 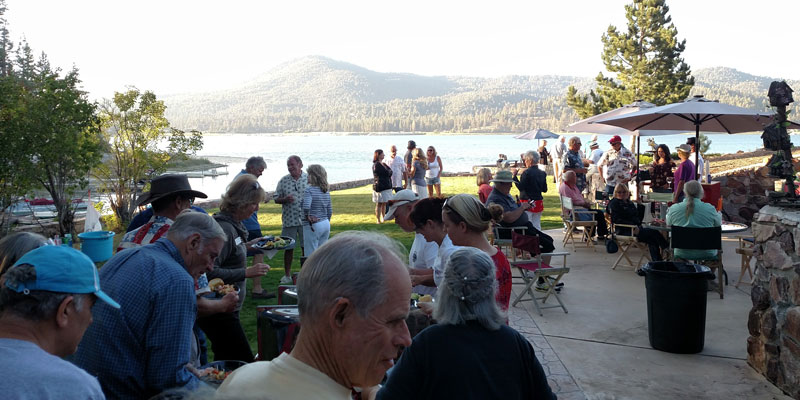 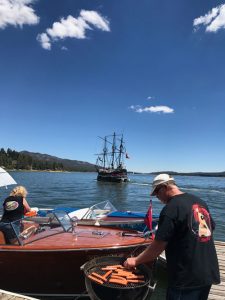 We closed out the day Saturday with a dinner on the patio of Nottingham’s Restaurant, with good food and lots of fun conversation.
The chapter also awarded two prizes: Skipper’s Choice went to Tim Vanderveen for his triple cockpit 1932 Hackercraft “Dutch Treat.” 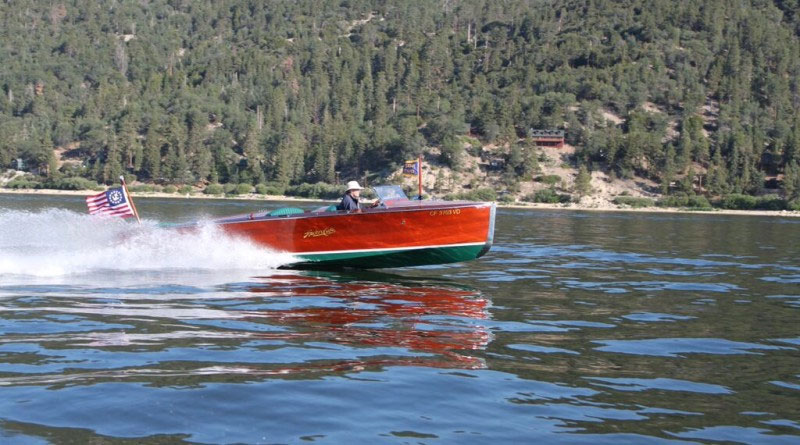 Dutch Treat owned by Tim Vanderveen was featured in the “The Log/ Southern California’s Boating and Fishing News” Sept. 13, 2016 in a post written by  Ambrosia Brody.

And the coveted People’s Choice was won by new members Marshall and Jen Guthrie, for their home-built 2017 Glen L Rebel. (headline picture above)
Look at the colorful variety of vintage boats that made it fun for participants and boaters alike.  All are in the Classic or Late Classic ACBS Age Classifications. 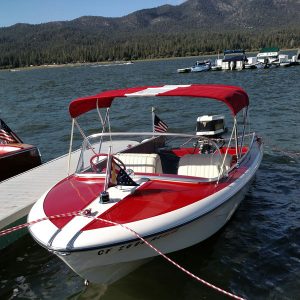 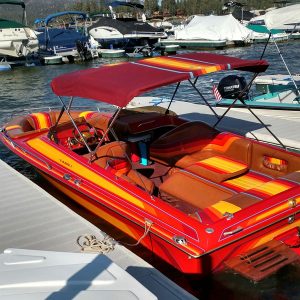 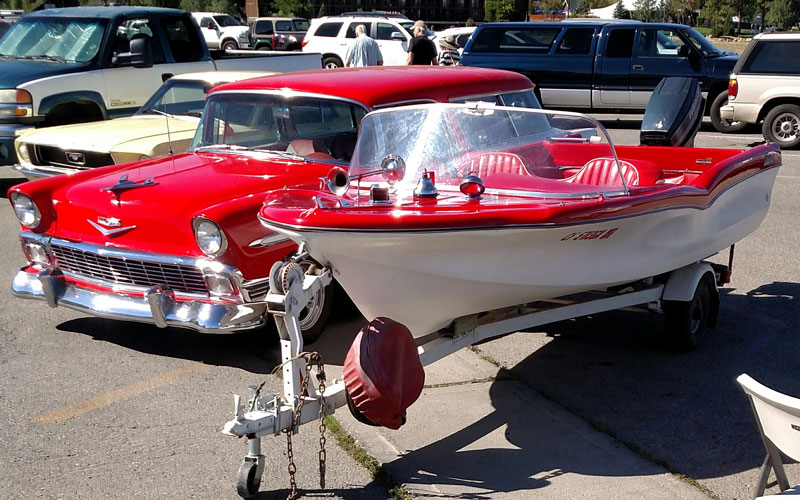 Of course, classic wood made the show, too. 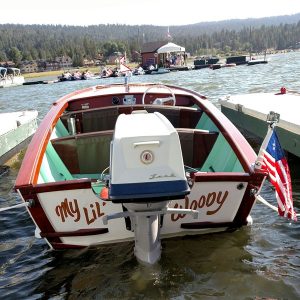 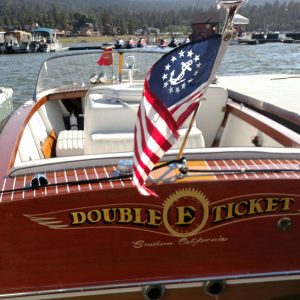 This is always a fun event, and this year was no exception!

Thanks, Maggi Cassell, for sending pictures and report for our ACBS website viewers to enjoy.

YOU, too, may send pictures with captions to [email protected]

The ACBS website loves to share your pictures of vintage boats and the people who love them.  Each posting reaches more viewers, raising the awareness of the “culture of classic and antique boats and boaters”.