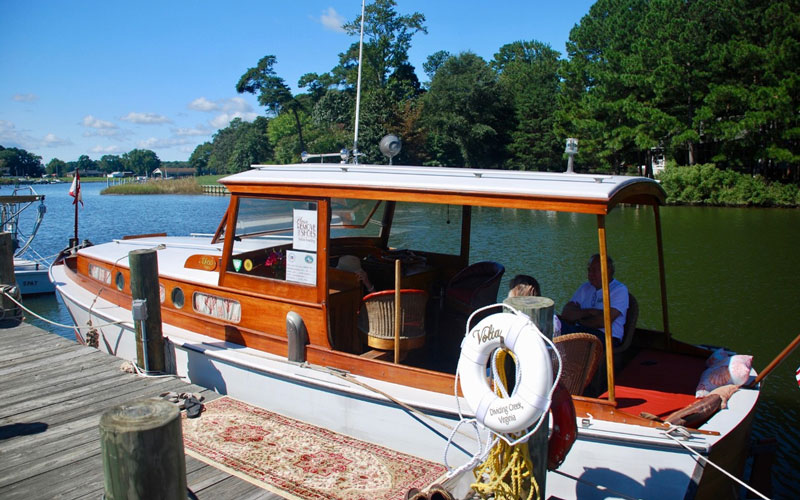 Thank you, Keith Colonna, for sharing this report and pictures from the Tidewater Chapter of ACBS.

The Tidewater Chapter again partnered with the Reedville Fishermen’s Museum for their annual joint boat show and flea market in the historic peninsula fishing village off of the Chesapeake Bay in Virginia.

Pictured above is Volta,  Roger and Elizabeth Gruben’s 1930 27 foot Elco Marinette with electric drive which arrived early Friday to get a precious dock spot. Photo credit to Bob Wilson.

The weather was temperate, dry, calm and absolutely a gorgeous day for boating and for admiring boats.  The show this year was primarily a land display of runabouts.  There was a 20+% increase in registered boats versus 2016.  The Fisherman’s museum displayed 30% more boats than the year before from their boatbuilding workshop.  Four ACBS chapters are typically represented at the show with 78% more boats than 2016. 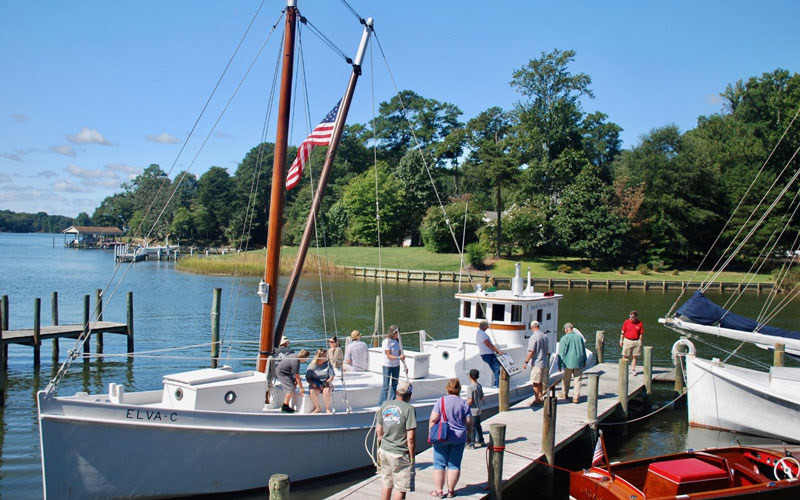 There were 10% more paying visitors than 2016 reaching approaching 400 people.  More boats will hopefully translate as even more attendance for 2018. 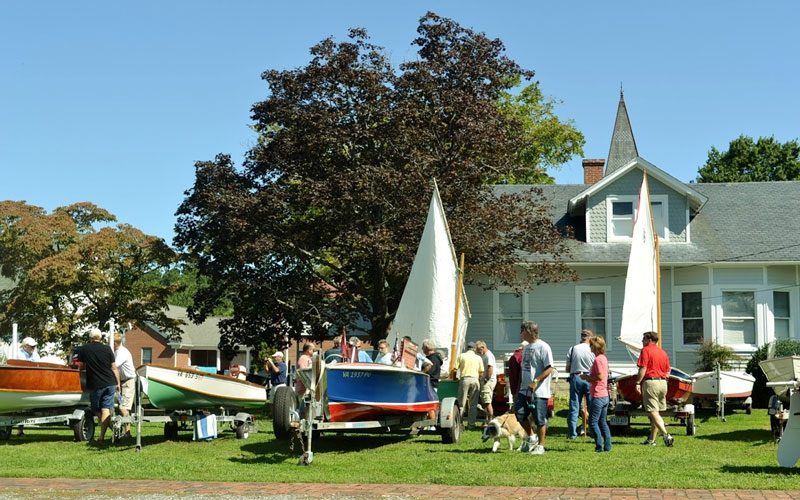 Past Tidewater Chapter President, Matt Smith of “Woody Boater” was awarded the chapter’s “President’s Cup” for his contribution to the hobby.   He brought his perfectly restored 1948 25′ Chris Craft Sportsman and a very interesting “barn find” 1937 CC barrel back race boat painted from original in red and white.

John Rothert presents the Tidewater President’s Cup to a skinny Matt Smith ‘FOR HIS FAITHFUL ARTISTIC SUPPORT AND PROMOTION OF THE ANTIQUE AND CLASSIC BOAT COMMUNITY’ with chapter guests assisting. Credit Lynn Gulick 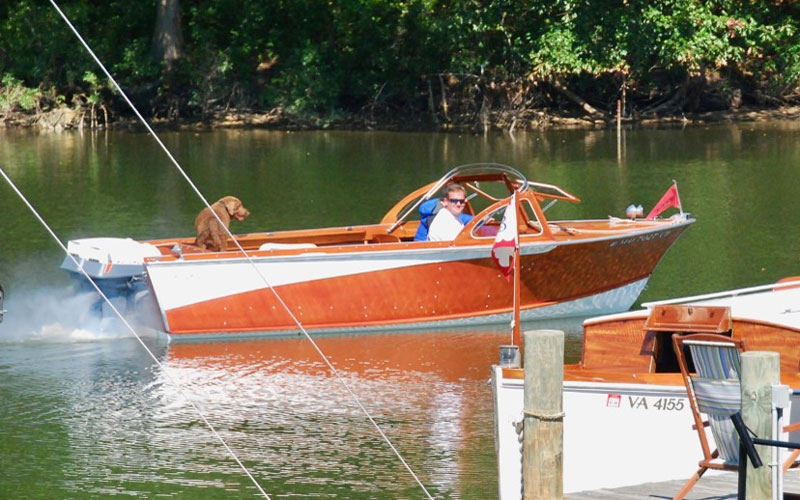 Our outreach mission resulted in 3 new ACBS members from this show.  There is a potential of another 23 non-ACBS boat owner attendees in the Reedville geographical area who will be contacted to join.  There were a number of younger families at this show giving hope for new boaters in our hobby. 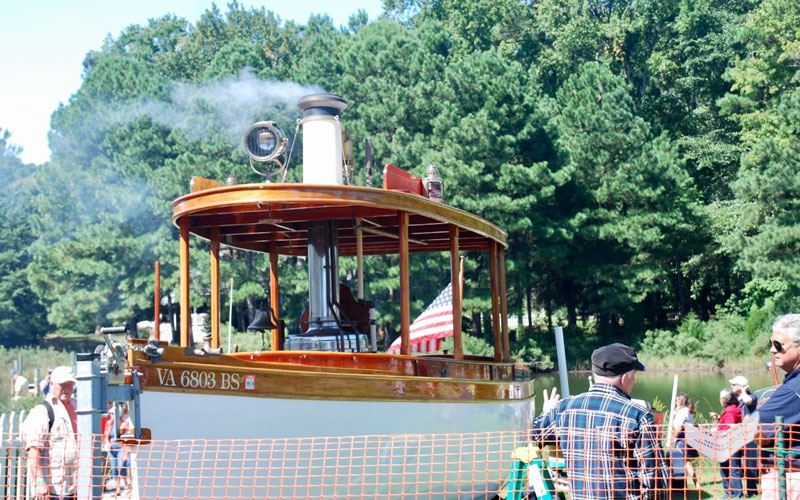 Thank you Keith Colonna and photographers for sharing this 2017 Tidewater Chapter show.

Email your boat pictures, boating pictures, and chapter event reports to [email protected] to be shared on this website.