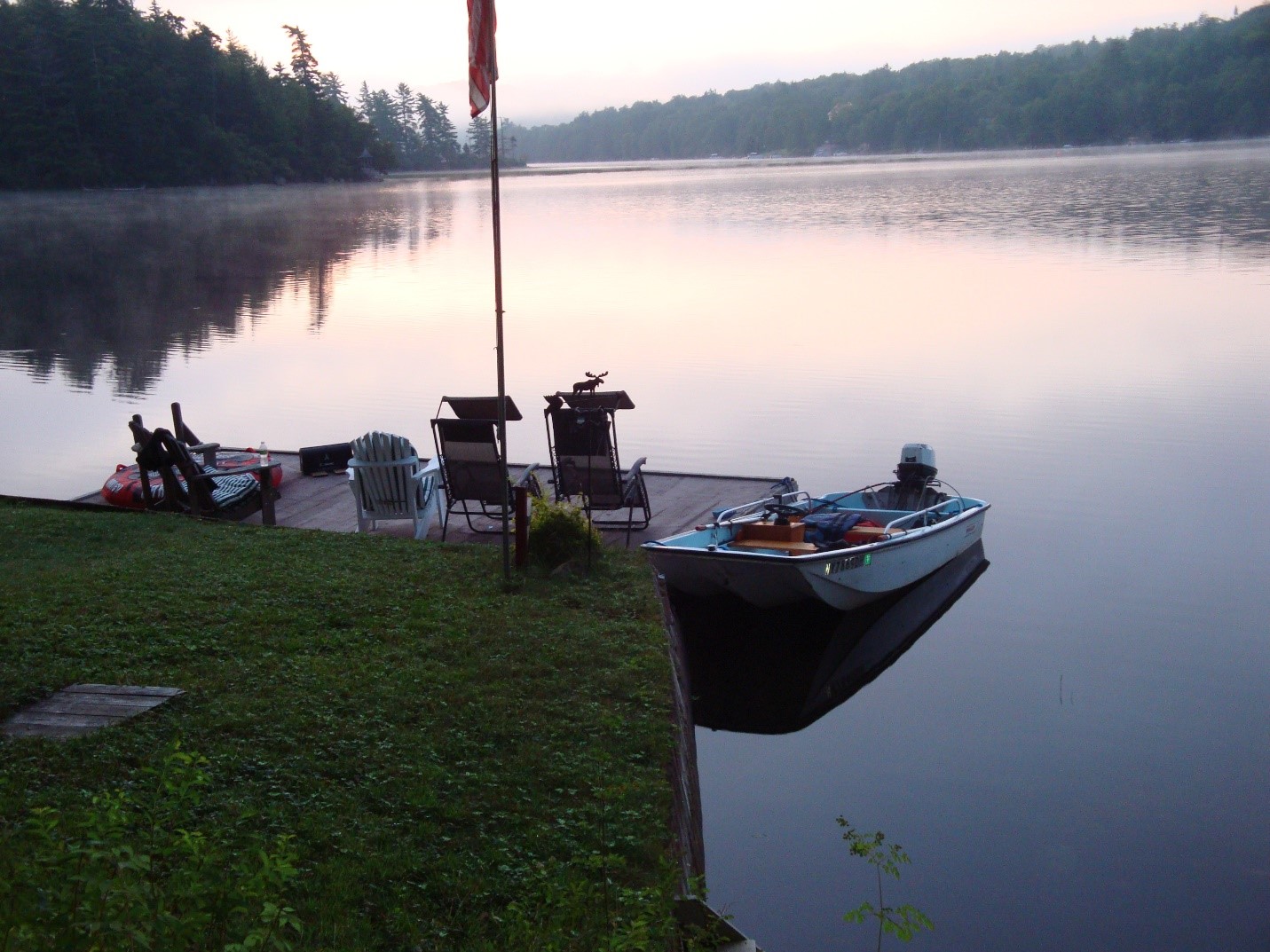 By Doug Adams member of the Finger Lakes chapter

The two teens in my house wanted, openly wished for, a means to be on the water besides the Mastercraft ski boat. You know, the kind of small run-around boat you used as a kid.

It was almost time to go to the ACBS International Show in Idaho. I had signed up for the pre-events at Priest Lake. I had never been to a pre-event before, but Dick and Louise Werner and their chapter members had put together a fun sounding event, so why not.

The teens were still banging the drum about the boat and after some time they morphed their request (demand) into a jet ski. JET SKI??? Where did that come from? Yeah, some friends on the lake had one, thus the new brilliant idea. So I researched the marinas on Priest Lake and found one in the southern end that had jet skis for rent. I schedule a visit to try one out. I had used a jet ski when they first came out back in the 60’s. You had to stand up on them with the handles that raised up. So, the goal was to try a new modern one.

At Priest lake, I ducked out early one morning and went down to the southern end of the lake all excited and ready to rent the jet ski. Well, Idaho law required that I watch a ‘safety video’ before I could take it out. Ugh! It was nice. Fast. Powerful. And fun! But eventually you and everything you had got wet, even the stuff in the front compartment. And returning to the docks some person in front of me proceeded to advance theirs forward vs. reverse and SLAM into the dock! Then back up into mine! The owner of the marina used some acetone to rub the skid marks off of my jet ski so I didn’t have to pay for the ‘collision” damage but, I walked away determined there was NO WAY the “teens” would get a jet ski.

The teens were bummed when I gave them the verdict after I got home. The very next week, four driveways from mine, I drove up on my neighbor chaining his Boston Whaler to a tree in his front yard. A Boston Whaler! Now there’s an idea! I pulled up next to him, rolled down the window, and asked him what he was doing? Duane said, “I’m chaining it to the tree to put it up for sale, the kids don’t use it anymore.” “How much? What comes with it? Everything? Boat, engine, trailer, cushions, oars, everything?” He replied, “YUP!” “Unchain it, I said, “put it back in your driveway!” “I just bought it from you!”

This is the SOLUTION! What can you do to a Whaler? Nothing. You can’t sink it; they can beat it up as much as possible and it will hold up! Nice!

Much to my joy, my oldest child experienced, in one season, everything we went through in all the years of using the family boat. What an education! The battery, the engine, the plug, the weather, the key doesn’t float, tilt won’t go down (that is because the tilt locks – push this little lever and it goes back down) etc.

The next season, Dave Couch from the Fingerlakes chapter, totally redid the fiberglass and painted the inside. We installed a new Evinrude E-Tec 25hp engine and new controls and steering, new lights, battery and refinished the seats and woodwork.

It was a genius boat. They used it extensively. I never again had to worry about that 3:30pm phone call about being stuck miles down the lake. The E-Tec engine always started the first time. But, the prop has been “mysteriously” damaged a few times.

The 1971 Boston Whaler had a new owner, new life and new purpose!

This last week I tore it all apart again and removed all the seats and hardware. We are getting ready to re-do it again and make it brilliant once more! What a great boat.

PS: The “teens” are not “teens” any longer. They have graduated from College and are out in the real world now, but when they do come home guess which boat they want to use?