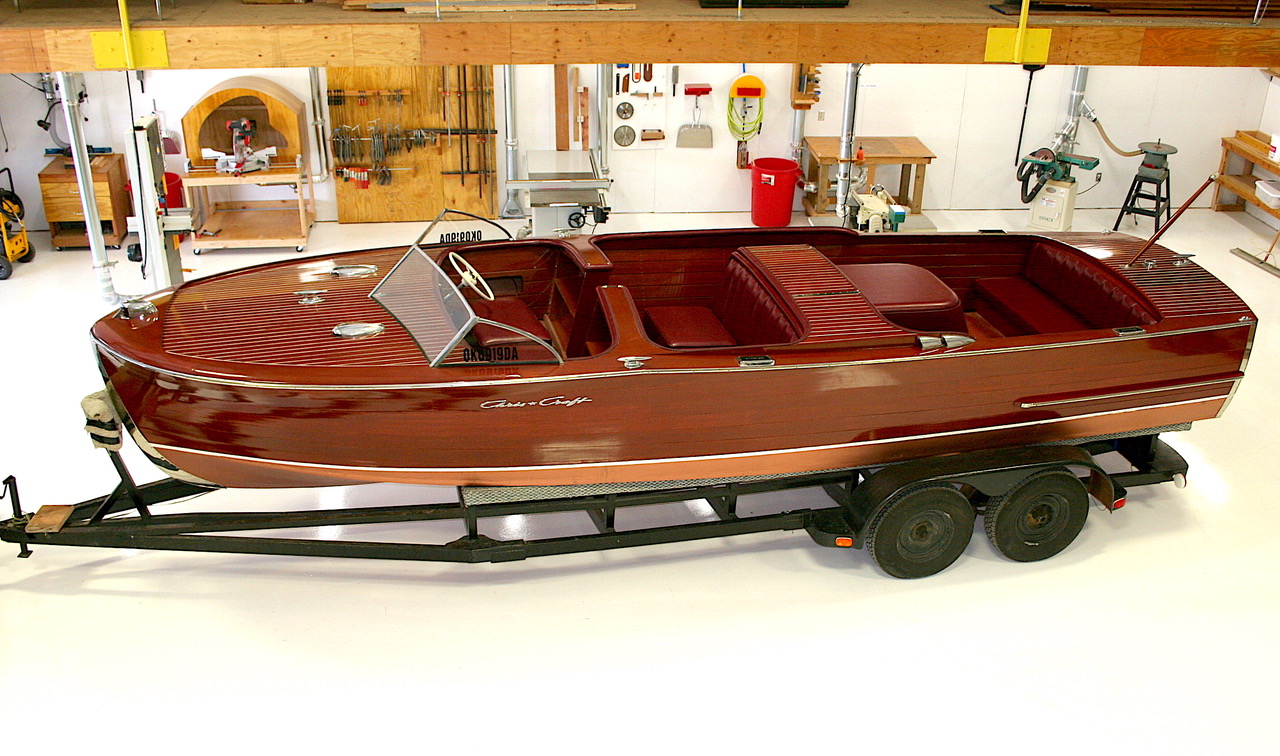 One of my Grandfathers was a railroad carpenter that trimmed the fancy Pullman Car interiors. He took me under his wing while Dad was a Commander on a troop ship during World War 2. I have worked with wood ever since but did not discover working on wood boats until 50 years later. In 1999 a friend talked me into going to a wood boat auction. My friend bought the Chris-Craft he was after, and I could not resist buying a 1946 Chris-Craft Sportsman 25’. The boat needed everything and I had no place to work on it. A few months later I bought a shop at Grand Lake o’ the Cherokees and the restoring Classic Boats adventure began.