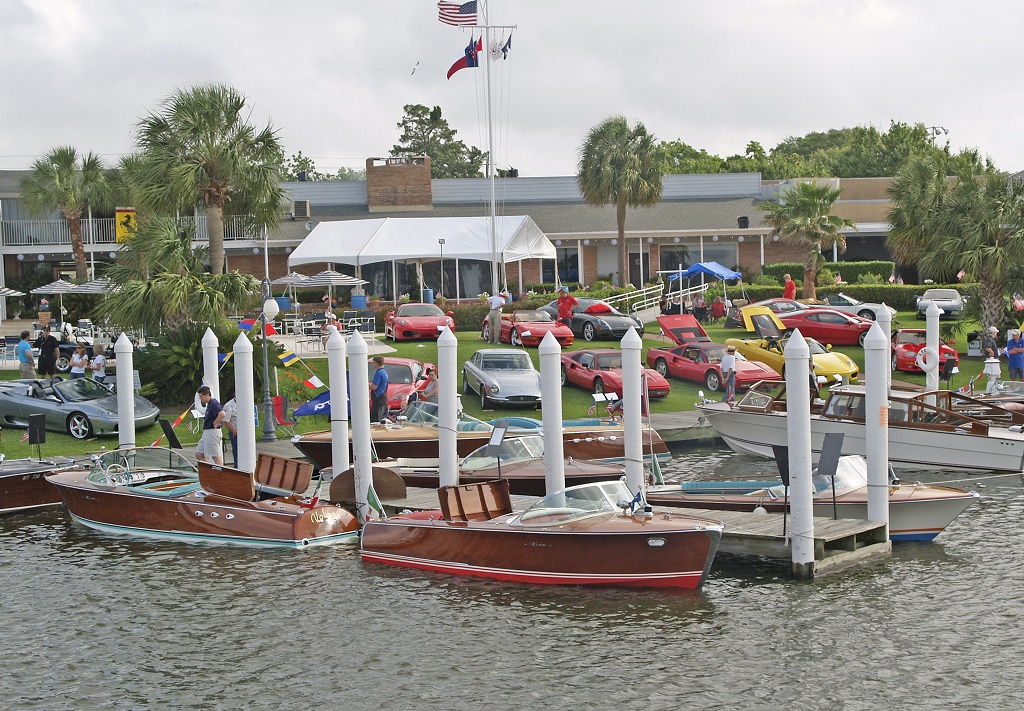 This past May 3-4, 2019 we celebrated the 24th annual Keels & Wheels Concours D’ Elegance, held on the grounds and in the inner harbor of Lakewood Yacht Club, Seabrook, Texas, near Houston. Keels & Wheels is hosted by the Southwest Chapter of ACBS. Despite the forecast, the weather was perfect. On display was 185 Classic automobiles and 75 vintage boats, both wooden and classic glass. The cars and boats came from virtually every corner of the United States. The 9,000 enthusiasts in attendance also came from all over the country. We were honored to have ACBS International President, Stan Struble, as a Special Guest this year. Stan assisted in presenting the Best of Show awards. Clay Thompson of Altus, Oklahoma Served as our Chief Judge for the Boats. The Small Boat, Best of Show trophy was awarded to Steve Spinharney of Tulsa, Oklahoma for his 1955 Chris Craft Cobra, named “Fantastic”. The Large Boat, Best of Show award went to Peter Seitz, of Ketchum, Oklahoma for his 1968 Campbell Custom, called “Renegade. On the car side, the Best of Show American award went to Billy Hibbs of Tyler Texas for his 1966 Ford GT40. Best of Show European was awarded to Craig Hopkins of Cedar Hill, Texas for his 1936 Mercedes 500K Roadster. A very special recognition award went to Paul Hastings of Little Rock, Arkansas for his 24th year of bringing wonderful classic boats to Keels & Wheels.

We look forward to celebrating our 25th anniversary next May 2-3, 2020. We hope you will plan to join us.