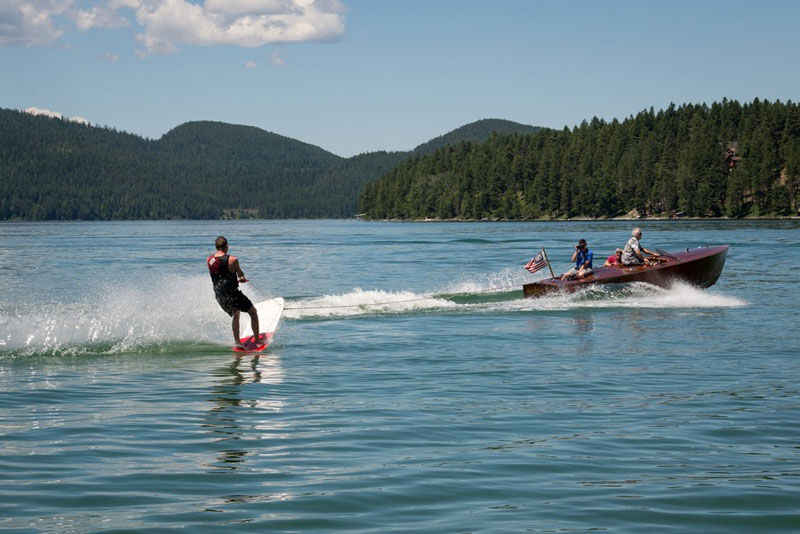 In only its sixth year, the Whitefish Woody Weekend has become one of the premier classic boat events, attracting award-winning classic wood boats from all across the Pacific Northwest, and one of the signature summer events in Whitefish, Montana.

Marking the unofficial beginning of summer in Montana, Whitefish Woody Weekend VI began on Friday evening June 23rd with a cruise/parade around beautiful Whitefish Lake.  The classic boats were on public display at the Lodge at Whitefish Lake on Saturday.  Sunday morning featured a poker run followed by a BBQ on the beach at the Lodge for event participants.

The show is fun for all ages.  The public is encouraged to join the fun on the lake or on the beaches, decks and docks around the lake for the Friday evening cruise; or to enjoy the boats up close and met the owners of these fine representatives of the art and craftsmanship of the past on Saturday at the Lodge at Whitefish Lake Marina.  New this year, were classic boat water skiing exhibitions on Saturday and hourly drawings for a free ride in a classic boat.  Both were a big hit with the public. [ pictured in the headline photo above taken by Wes Yandt is Fred and Beth Goughnour in “Debbie Too!” pulling Teft Hill in the Aqua Plane demo]

Over 1,400 dock-walkers came out and supported the event on Saturday and over 500 people cast a vote for the “People’s Choice Award”.  It was a very tight race with all boats receiving votes.  People’s Choice was awarded to “Nemo”. 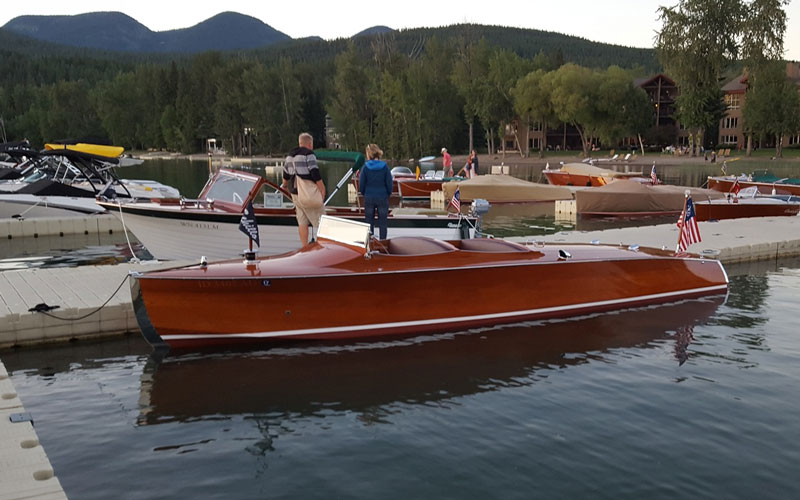 The Captain’s Choice Award, voted on by the boat owners, went to “Seabiscuit “, a 1937 Chris Craft Triple Cockpit Runabout. 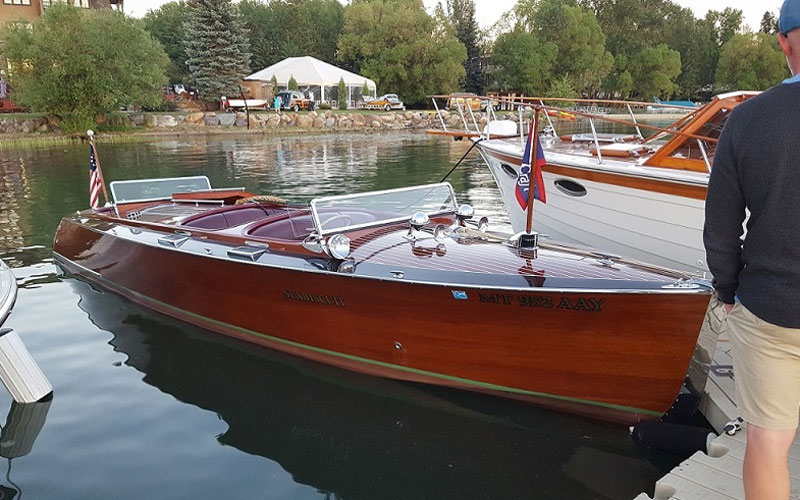 The Commodore’s Award was given to Jim Valeo of Missoula, Montana with his 1990 Hacker Craft Runabout “Obsession”. 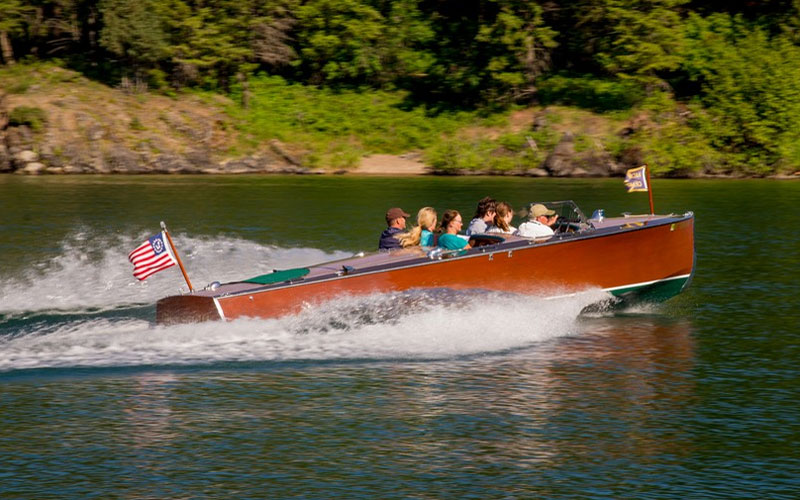 Thank you to Tim Salt who not only sent this report with pictures, but also was boat show chair.  Many photos were taken by Wes Yandt, member of the neighboring Inland Empire Chapter.  Watch for more of his pictures in future Tuesday Tours of Vintage Boats.