50 Years to Find the Perfect Home for My Sweetie 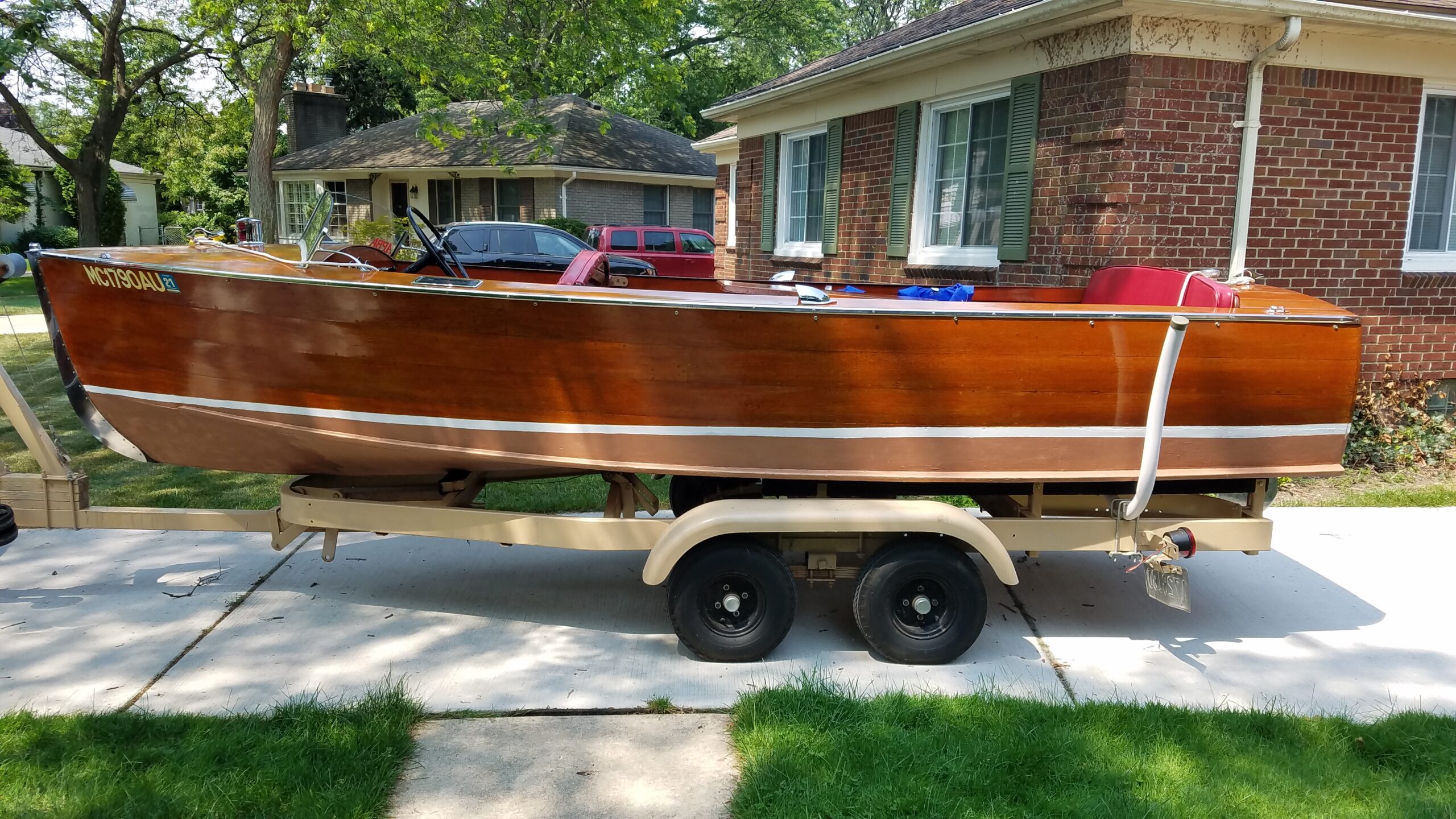 Being from the metropolitan Detroit area, I grew up watching boats from the time when I was a young boy, visiting Kean’s Yacht Harbor in Detroit with my father to watch the big unlimited hydroplanes being prepared for the races.  I knew that I would probably never be able to afford an unlimited, but I also admired the beautiful mahogany runabouts that were also harbored there.  I vowed one day to own one. 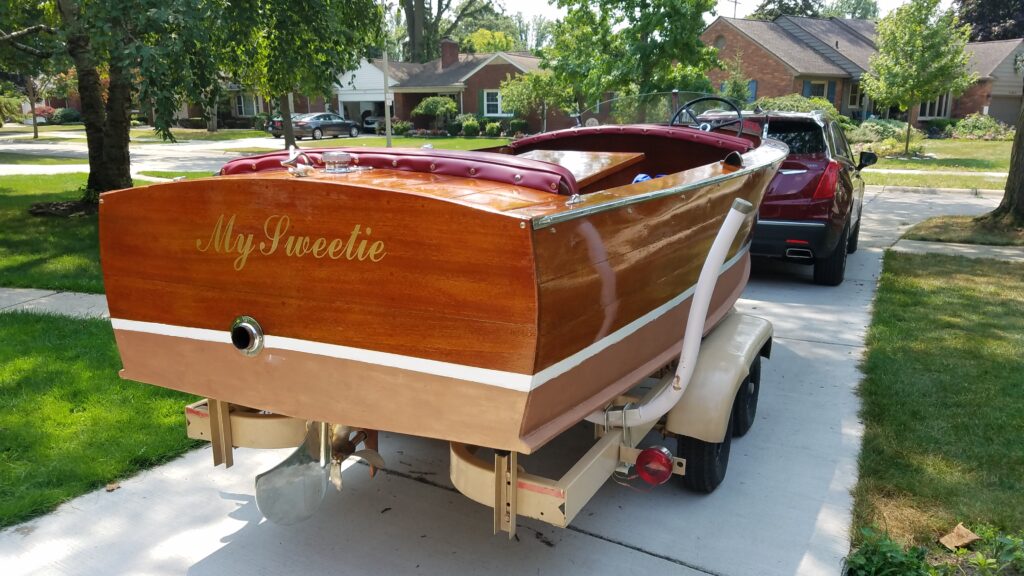 That day occurred in 1971 when I saw the boat for sale at a St. Clair Shores marina. It was a 1941 Chris-Craft Utility, powered by a 95hp Chris-Craft model K engine. The price was only $999, including the trailer.

I took the boat home, knowing little about boat or engine maintenance, but soon after launched it into Lake St. Clair.  It was then that I discovered how small the boat was compared to other vessels I encountered but I was undeterred, and used the boat sparingly over the next several years, picking my times and spots for cruising on a lake which I soon came to know could be often too rough for the small boat.  Over those many years I Iearned much about boats and made small improvements to the boat without changing its basic appearance. 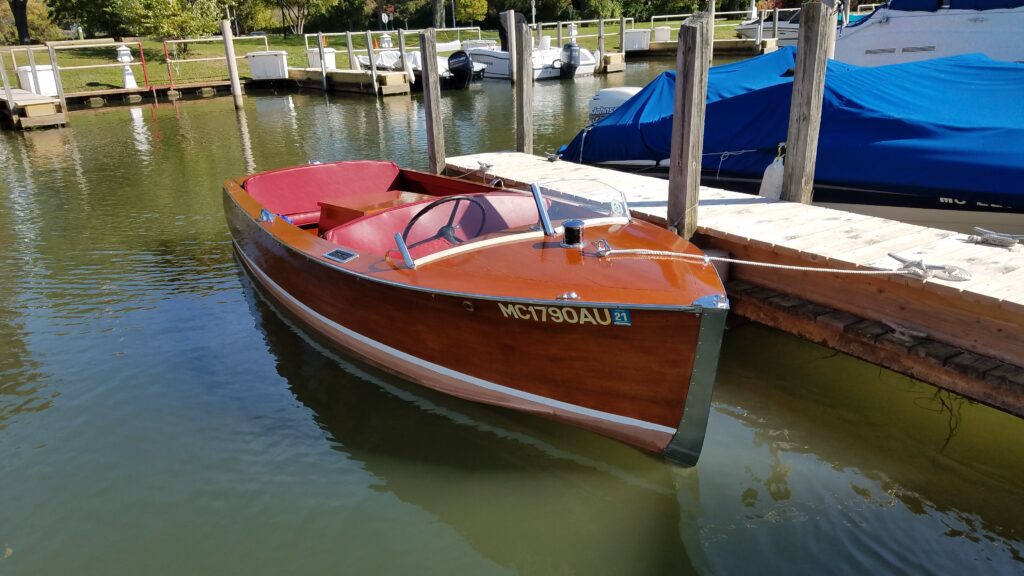 I subsequently owned two other larger boats, but I kept the little Chris-Craft, and trailered it to northern lakes on vacations with my family, where we had some great rides on both Higgins and Mullet Lakes. 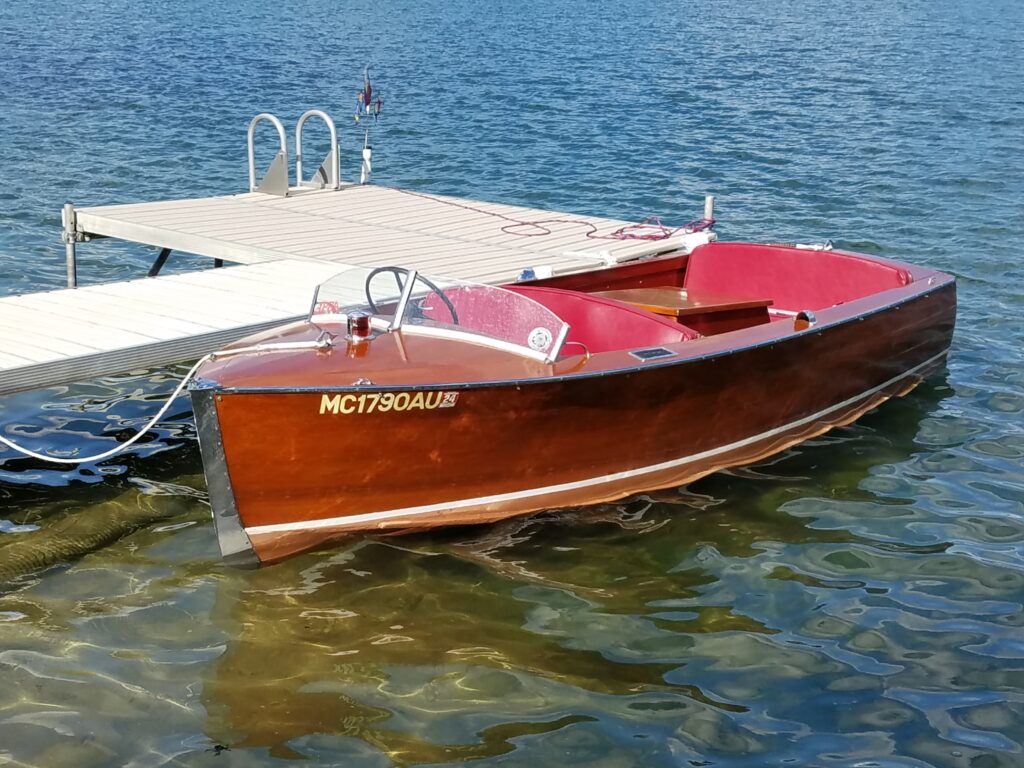 Last year my oldest son, John, bought a house with his wife, Tracey, on an inland lake in Waterford, Michigan, called Schoolhouse Lake.  It seemed like the perfect size for the boat and my son suggested that I dock the boat there behind his home.  We both enjoyed riding around all summer, giving rides to family and friends, and I think the boat now has the perfect summer home!