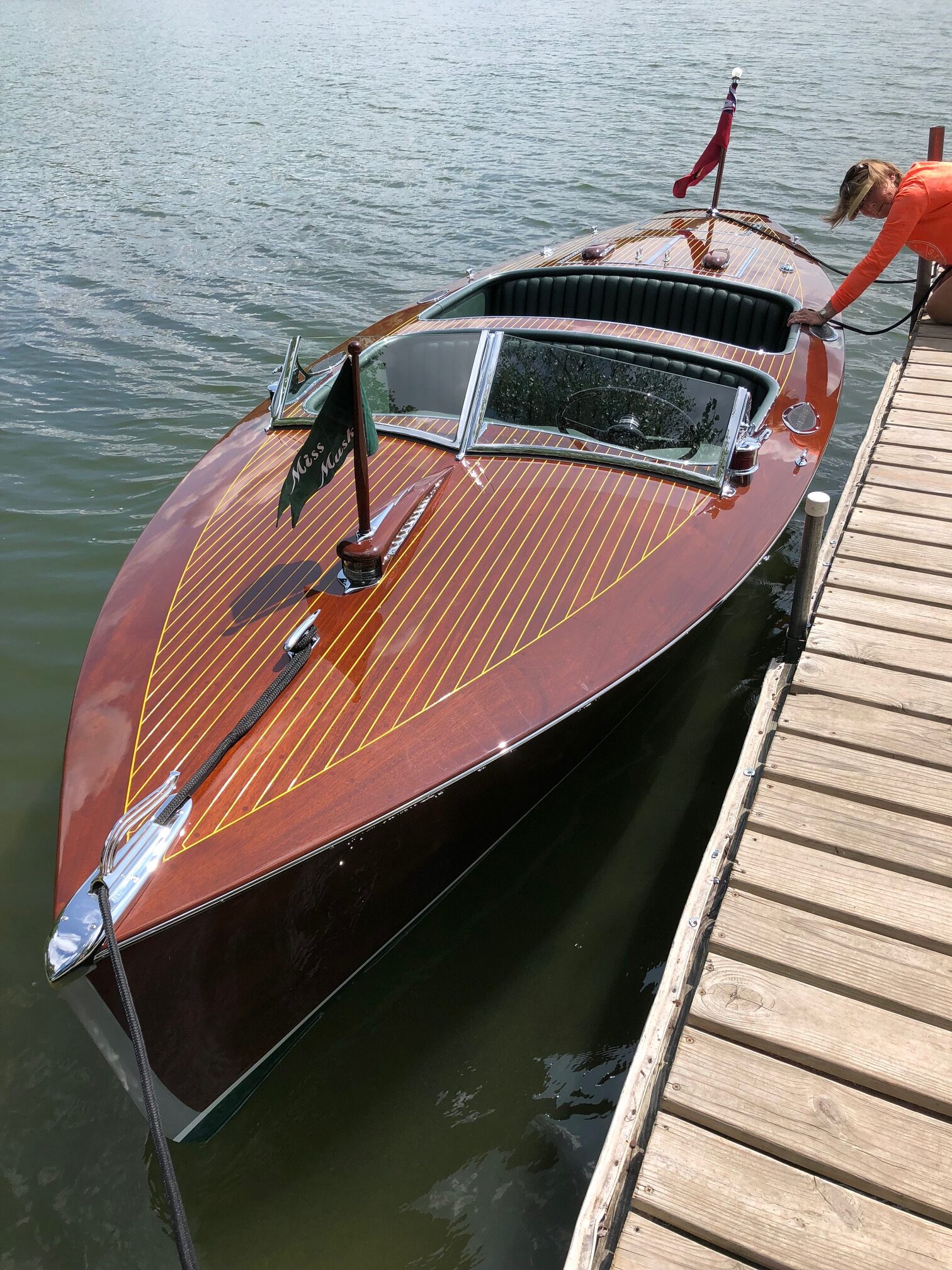 In December of 2015, I received a telephone call from David Watts of Little Rock Boat Works, Rice, MN, my boat restoration friend, regarding an unusual and significant boat needing total restoration and available for purchase. It was not an unusual call in that David and I had worked together on several boats over the years that we felt were most interesting examples of the wooden boat era and warranted total restoration and a new life. We agreed early on that we would seek to always restore to original specifications and that the highest quality of the final product was our goal. Our intent was not to win accolades but to admire and appreciate the original design and workmanship as well as the current restoration efforts.

The boat found was a triple cockpit 1936 23’ Greavette Dictator. It was built on Muskoka Bay in Gravenhurst, Ontario by Tom Greavette of Greavette Boats and was hull #7 of nine made. It also included its original Grey Marine Fireball 6 cylinder-125 horsepower engine. They were each built to the new owners specifications. Our best information suggested that this was one of two that remained in existence. It was our kind of boat and we bought it.

Original records found indicated that the boat was built for a Toronto owner and sold for $3010.00 complete as new.

Over the next two plus years, the dismantling and rebuilding moved forward. It was replanked with original Honduras mahogany. We were fortunate to have received most of the hardware from the original build including the magnificent exposed rudder which was attached to the transom. The boat also had a unique third passenger compartment that worked like a rumble seat. It was basically hidden and remained flush with the rear deck and could be opened easily for an additional two passenger seats.

Miss Muskoka, named for her birthplace is a work of art. She has traveled to Minnesota lakes, to Texas and to Michigan and has been admired by many. The skill and craftsmanship of the early builders, which we have striven to restore and replicate, is an art form which we must attempt to keep for others to appreciate.