A Cruise Back in Time 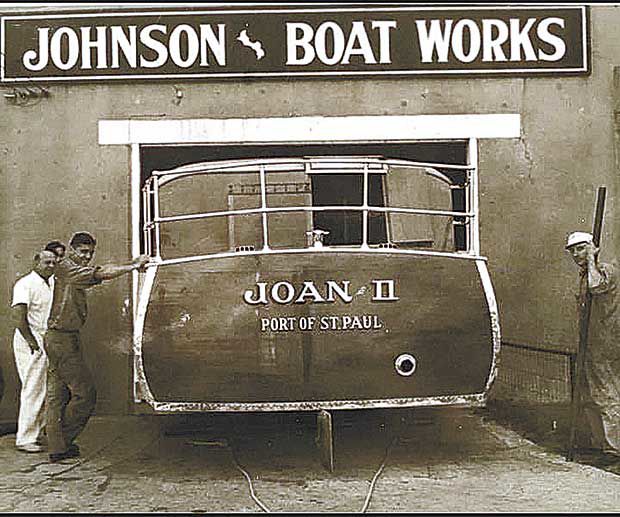 Be apart of history and come aboard this exciting trip back in time where your name was determined by your craftsmanship. Known for being a master sailboat maker, J.O. Johnson and the Johnson Boat Works was synonymous with White Bear Lake. You could not think of one with out the other, but the famous boat maker lives on. The JOAN II recently returned to White Bear after 30 years away from it’s original shores. It is one of two motorized launch coaches produced by the Johnson Boat Works. 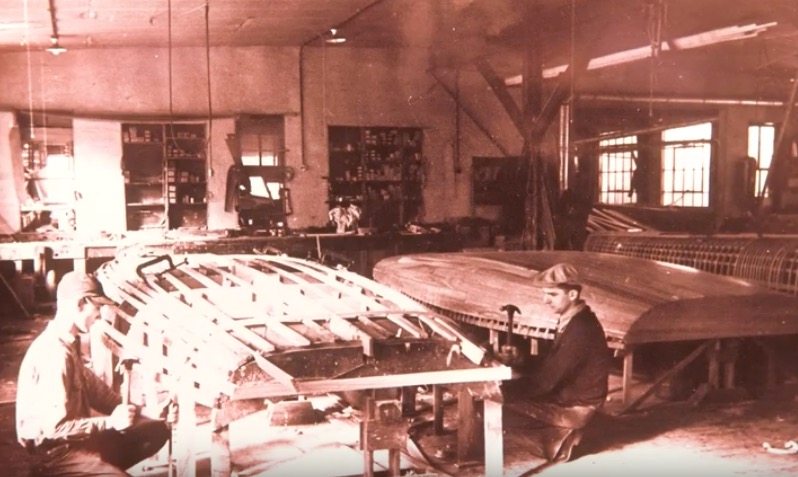 “JOAN II” stands for the first two letters in John’s name, and the first two letters in his wife Anna’s name. The “II” is for the second motorized vessel made by him. J.O. and Anna Johnson had a dream of leisurely cruising down the Mississippi River to the Gulf of Mexico to spend the winters in the sun of the south. In 1938 he started on the JOAN II, and by the summer of 1940 she was ready to be moved from the manufacturing workshop to White Bear Lake for a test run. J.O. built the JOAN II as large as the boat works factory would permit. Legend tells us that the rails on the garage had to be removed to squeeze the boat through when it was ready to be launched. 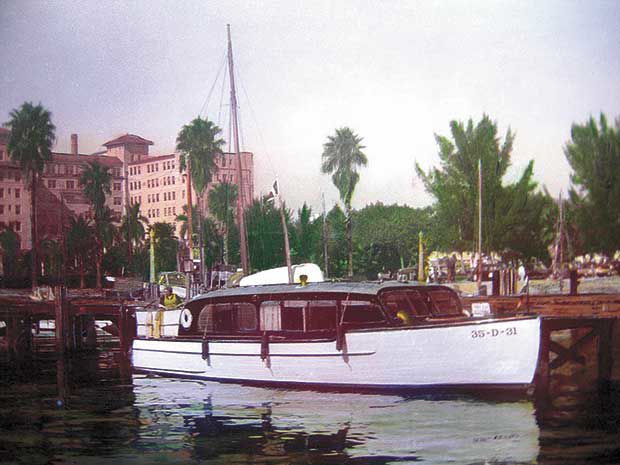 In the fall of 1940, J.O. and Anna fulfilled their dream and journeyed down the Mississippi with another couple, eventually residing in St. Petersburg, Florida for the winter months. The 38’ foot motor launch includes a galley, sleeping cabin, bathroom and deck to enjoy the sun. True to J.O.’s craftsmanship, the interior is finished in mahogany and leather. Brass fixtures adorn the hand pumps and knobs. It is powered by a three-cylinder 83hp Gray Marine diesel engine. 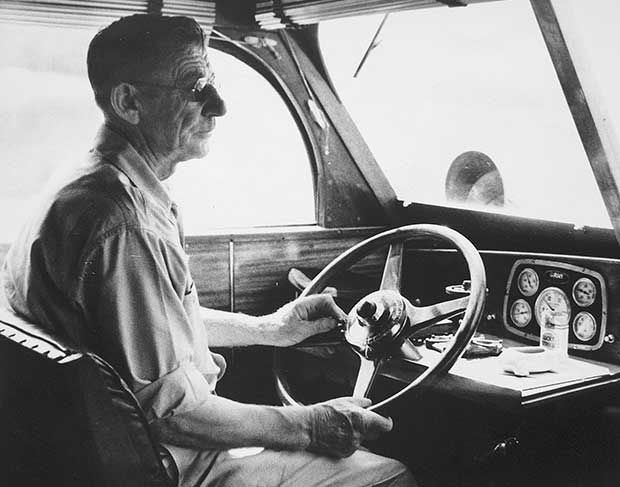 The JOAN II was delivered on December 9th, 2018 to a small Mennonite community for restoration and preparation for it’s return to the waters of White Bear Lake. Nestled in farm country, Riceville sits just across the Minnesota boarder in NE Iowa. Over the next five months, the JOAN II will be restored to its original condition, with a few modern improvements. The eye catching wood vessel is the only Johnson Boat Works Motor Launch in existence and a rare craftsmanship and legend come together again on White Bear Lake. 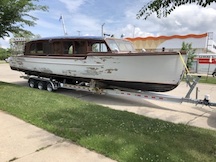