A Means To Ski 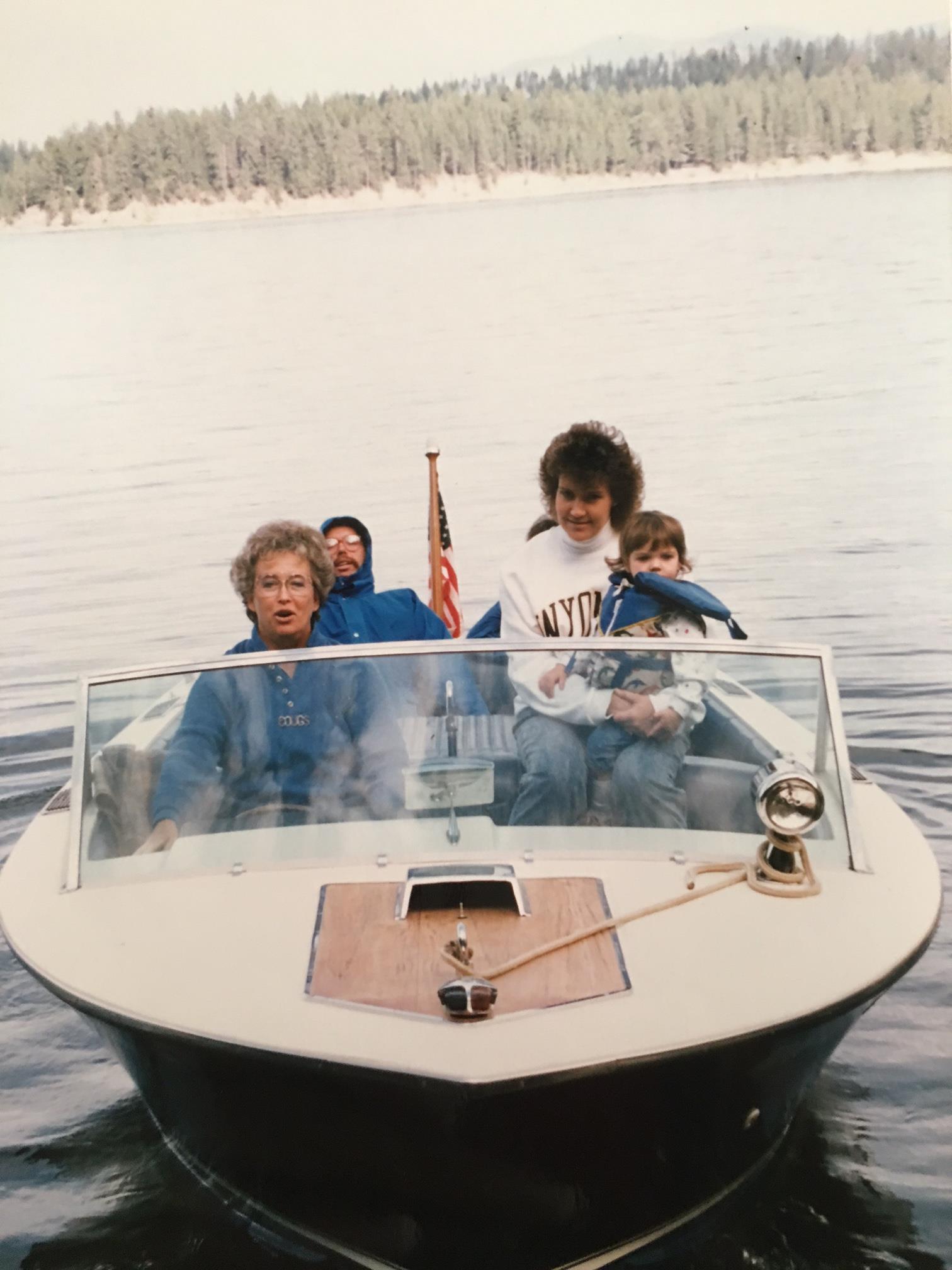 by Rick Means member of the Pacific Northwest chapter

In my younger years I was surrounded by friends who all had a lake place. Whenever the opportunity arose, we would head out to somebody’s cabin to go boating and water ski. This comradery built up my dream that someday I too would have my own lake place.

Over the years I was on the hunt for that boat that I often skied behind, a Century Resorter. As I hunted for the boat, my radar was on for a lake place as well. Finally, the opportunity for a lake cabin came, so that part of the dream happened and now the need for a boat became higher on the “to do” list. One of my waterski buddies, a 1968 Century Resorter owner, told me about a boat he came across and I ended up buying a 1970 Century Resorter. Great, another item checked off the list!

When we picked up the boat from the current owner’s house, the owner’s wife had to sit in the boat one more time. With the boat in tow, heading out of the driveway, I could see in the rearview mirror, the couple standing in the driveway watching years of memories driving away. I was sensing that there were many years of fun attached to our truck.

While the boat was in good condition, I slowly began fixing small things, bringing the 1970 Resorter closer to its original glory days condition. I take it to many shows around the Pacific Northwest. One day I was at the previous owner’s lake place and dropped in to show him the boat. His daughter was also there, and she informed me that she was not happy that her Dad had sold the boat that had been in the family for 25 years! It was becoming more apparent that this boat played a large part in the family’s summer entertainment. I promised to keep in touch and every time we are in the Priest Lake Idaho area, we get together so she can see how the boat is doing and remember the fond days of fun that the family had with the “blue boat”. She is happy that the boat is in good hands and has made it clear that if I ever wanted to sell it, we need to talk.