A Ride Up The Sacramento River 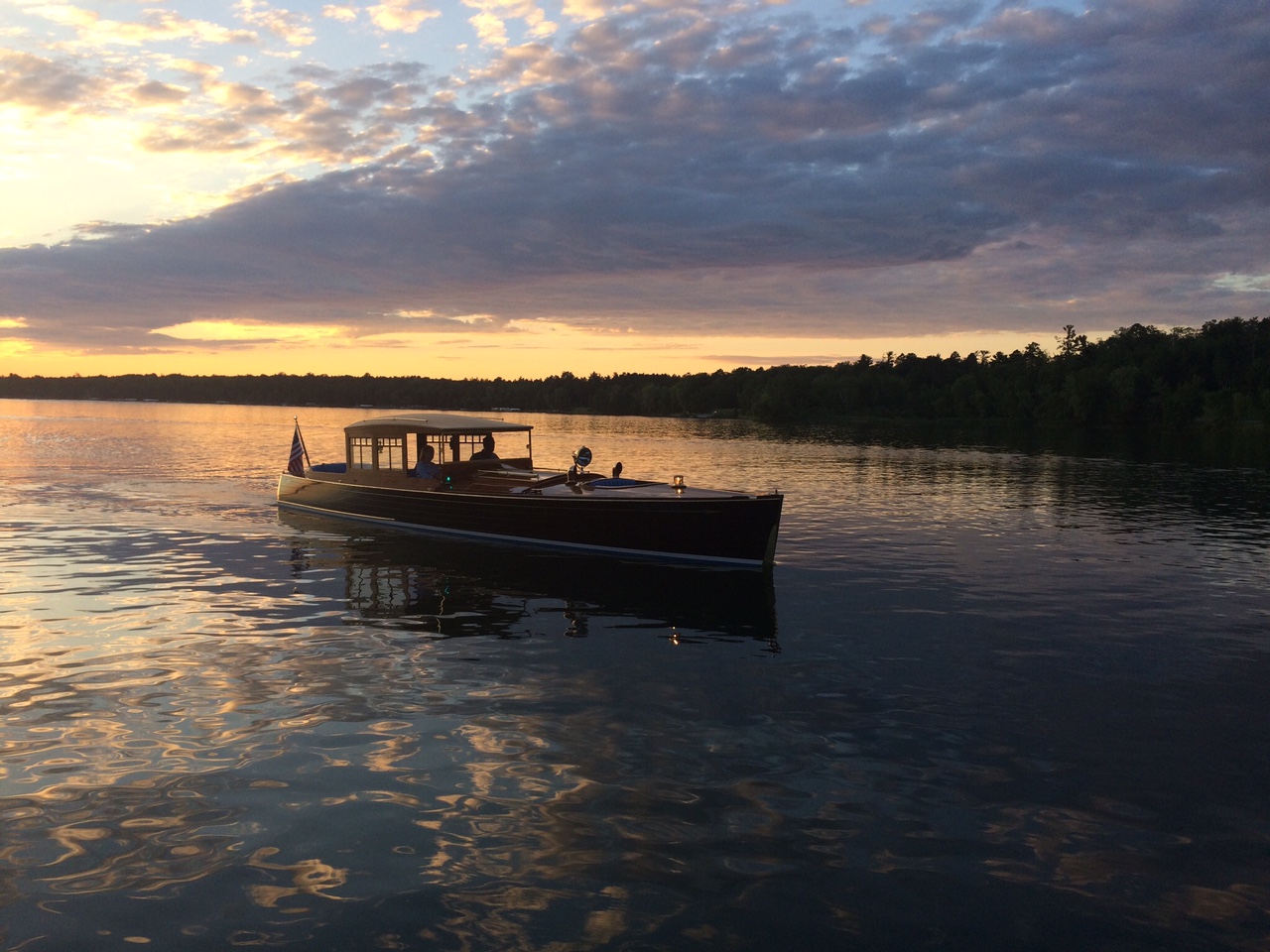 by Dave Thomson member of ACBS

I first saw my 1922 Elco Express Cruiser in a “for sale” ad a number of years ago in the “Rudder” and was instantly intrigued by the size, lines, rarity, and the uniqueness of the boat. The boat was kept at the Sacramento Yacht Club and I arranged my business travel around a stop in Sacramento so I could confirm if this boat was what it seemed to be from the sales brochure I had seen. The boat did not disappoint when I got my first real glimpse of her. She was long and lean, more intriguing in person than in the pictures that had driven me to visit Sacramento, and she was vastly different from any other boat I had ever seen before. I met the boat’s owner, Jim Rauzy, who took me for an hour’s ride up the Sacramento River. It was a fun and exciting experience for me and within one week, Jim and I had made a deal for me to acquire his boat. The boat had been sitting in the Sacramento River for 22 years and it was apparent it would require a complete refurbish prior to coming to its new home in Minnesota.

I immediately called my friend Alan Thomle, a boat builder out of Stanwood Washington, and told him what I had done. He was pleased, said he knew of the boat from the Lake Tahoe Boat Show, and would love to do the work to bring it back to “near perfect”. It took Alan nearly one year to bring the boat back but bring the boat back he did! The total refurbishment included a new bottom, stripping, sanding, and a complete re-furbish of all stained and varnished areas of the boat.

All seats and benches in the boat were removed and replaced consistent with the original seating configuration from when the boat was first built in 1922. The engine needed work as did several other incidental areas of the boat. In all, it became a much larger project than I had originally envisioned, but I never dreamed it could end up looking as pure perfect as it did when Thomle had completed his magic.

My wife, Lynn named the boat “And Goliath” so that when I drive by my friend’s cabins in northern Minnesota, they will raise a glass and say, “There goes David and Goliath”. A cute little name for a spectacular and oh-so-cool cruiser. The boat now resides on Big Trout Lake of the Whitefish Chain of Lakes out of Crosslake, Minnesota. It is a blessing to own and a blessing for those that get to see her cruising the 14 magnificent lakes of the Whitefish Chain. When asked about my favorite memory with “And Goliath”, it is the day in 2015, at the ACBS International Boat Show in Minnesota, when she won the “People’s Choice” award amongst 138 of the most beautiful boats I had ever seen in one place.