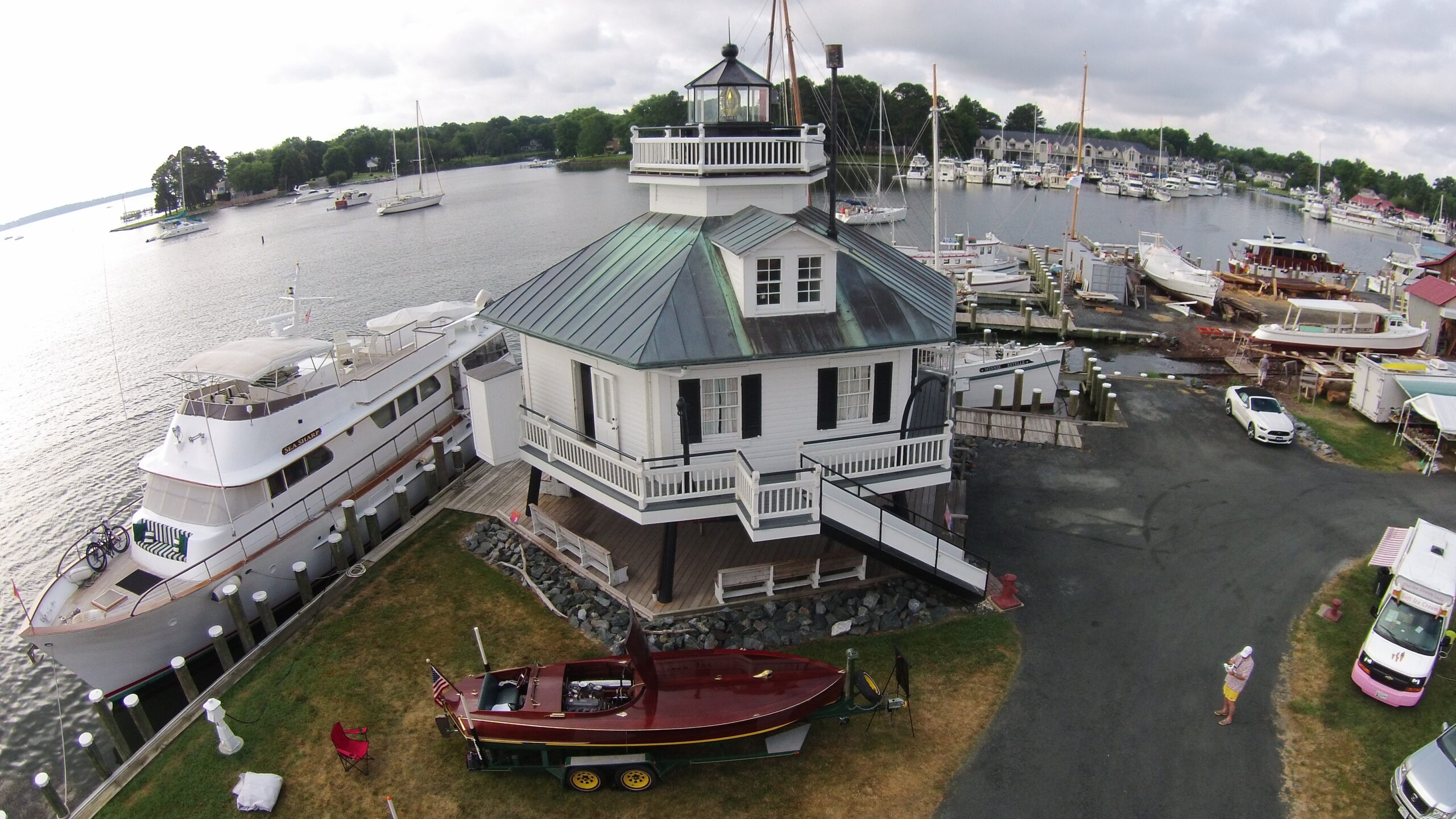 by H. Jay Spiegel member of the Chesapeake Bay chapter

In 2005, I decided to look for a wooden boat to enjoy on the Potomac River near my home. Finally I, saw an ad in the July/August 2005 edition of Wooden Boat Magazine for a 1985 24’6″ Zebcraft, Show-Quality Speed Boat. The boat was owned by Jere Sullivan, owner of the Sullivan Corporation in Milwaukee. I went to go look at the boat and his captain took me for a ride in Lake Michigan. I immediately fell in love with the most beautiful boat I had ever seen. I was too slow and Mr. Sullivan sold the boat to Peter Harken, founder of Harken, Inc., one of the largest suppliers of sail boat rigging.

In 2016 Mr. Harkin decided to sell her and I purchased the Sheik. The Sheik is a unique, one of a kind boat. She was constructed on the shores of Lake Winnipesaukee in New Hampshire by Harvard Forden to create a replica of a 1920s Gold Cup race boat. He consulted with famed boat designer Douglas Van Patten and constructed the boat with a stepped hydroplane hull. The Sheik is the only boat of its design that Mr. Forden constructed. All the metal fittings are custom castings made out of silicon bronze. The hull is made of triple planked cold molded mahogany. She has a Chevy 454 cubic inch engine generating 420 hp permitting a maximum speed of over 70 mph. The engine is mounted backward and is connected to a Velvet drive coupled to a lengthy drive shaft coupled to the bottom of the rudder which hangs behind the transom. Mr. Van Patten suggested this configuration to minimize the angle between the drive shaft and the keel and thus maximize speed.

The Sheik plies the waters of the Potomac River now and hope to be her caretaker for many years to come. It is most enjoyable to pull alongside a bass boat at 60 mph and watch the look on the fisherman’s face as he seems to think he has entered a time warp.