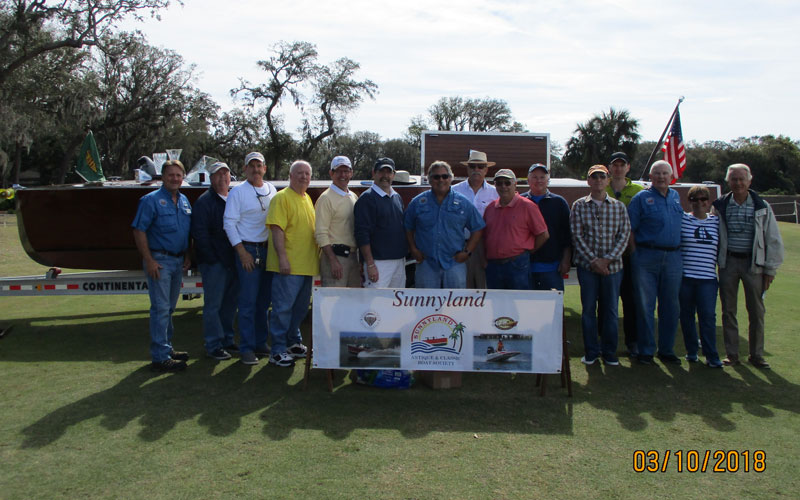 The Amelia Island 2018 FESTIVALS OF SPEED EVENT was a GREAT TIME!

Report and pictures from Don Kehr

Trophies for “Best Boat” went to Bert & Kathy Harris and Aaron LaDonne for their fabulous Barracuda shown below. 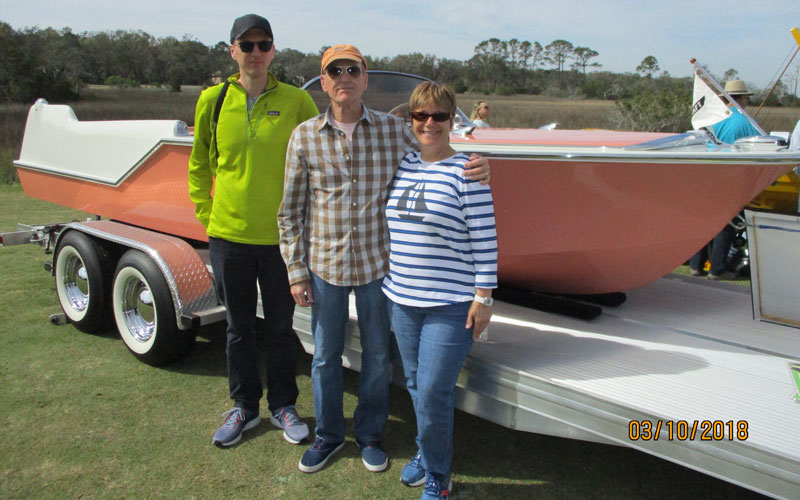 The “Great Gatsby” award was won by Steve Rutigliano &  Brian Bettinger, for a 1948 Century 16’ they just finished. (below) 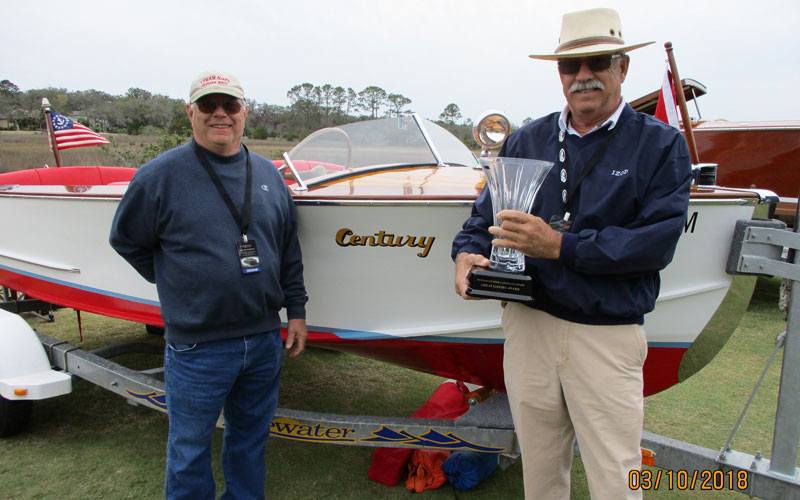 Additional awards were won by new ACBS members Jeff and Carl Morgan with their 1957 Glaspar 17’ Cabin Cruiser for “Best American Classic” and Don & Teresa Kehr for their 1929 Sea Lyon for “The Amelia Cup” award.

It was great fun to display our boats at this “over the top, luxury lifestyle” show which featured the BATMOBILE “Tumbler” as driven by Christian Bale in the movie. 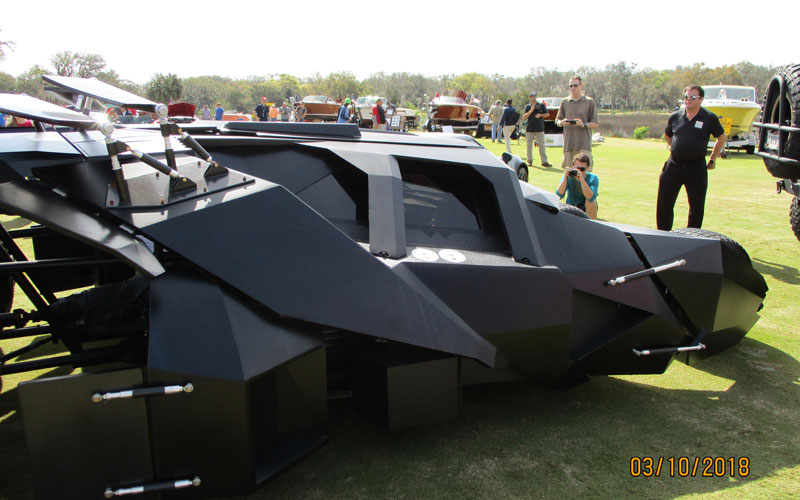 There were dozens of Ferraris, Lamborghinis, McClarens, and too many classic cars to count. A personal favorite was meeting Mr. Jack May, winner of the 1975 Cannonball Race from New York to California in 35 hours and 53 minutes in his 1973 Ferrari Dino which lives in Mt. Dora! 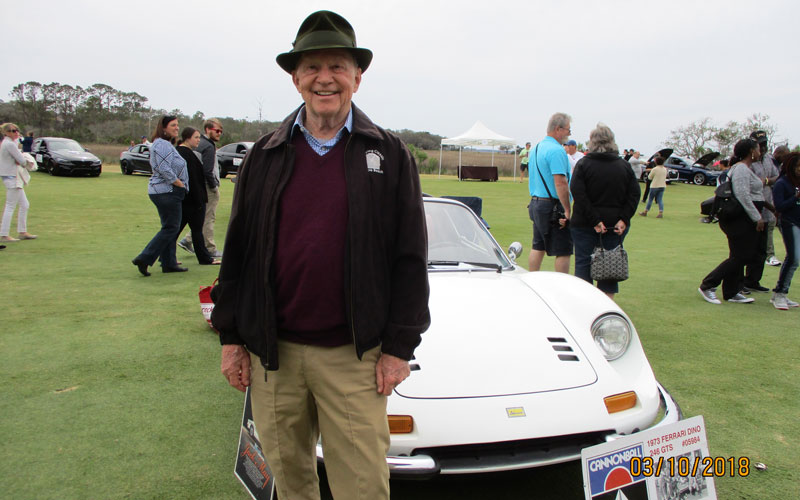 Thanks to everyone who put so much effort in preparing their boats and coming to this wonderful show. We think we got 2 new SCAMPY kids for the Jacksonville program along with several new members for the Chapter. We hope to see YOU at more shows soon! Go to acbs-sunnyland.org and FESTIVALSOFSPEED.COM for more information and GOOD BOATING! 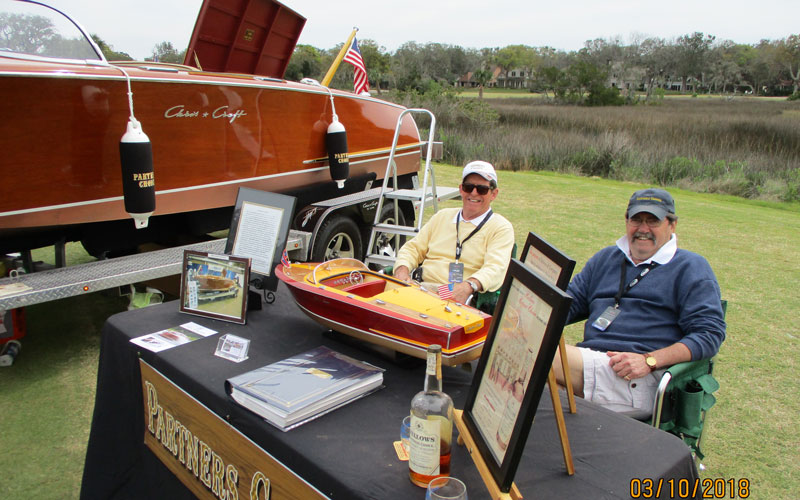 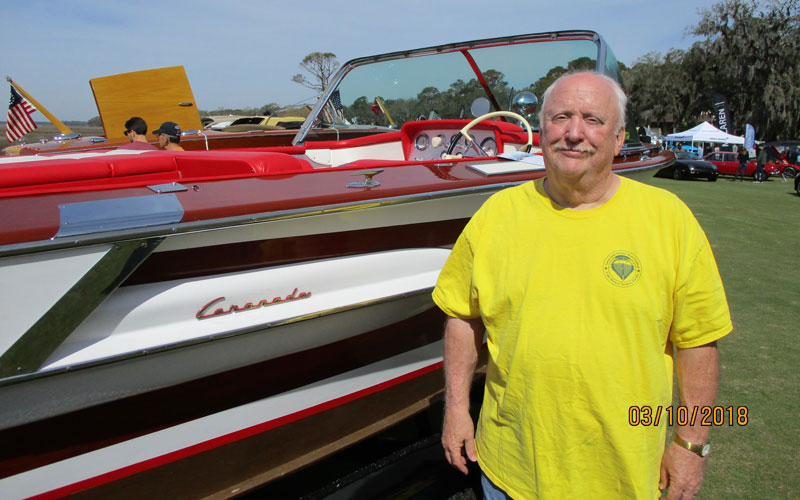