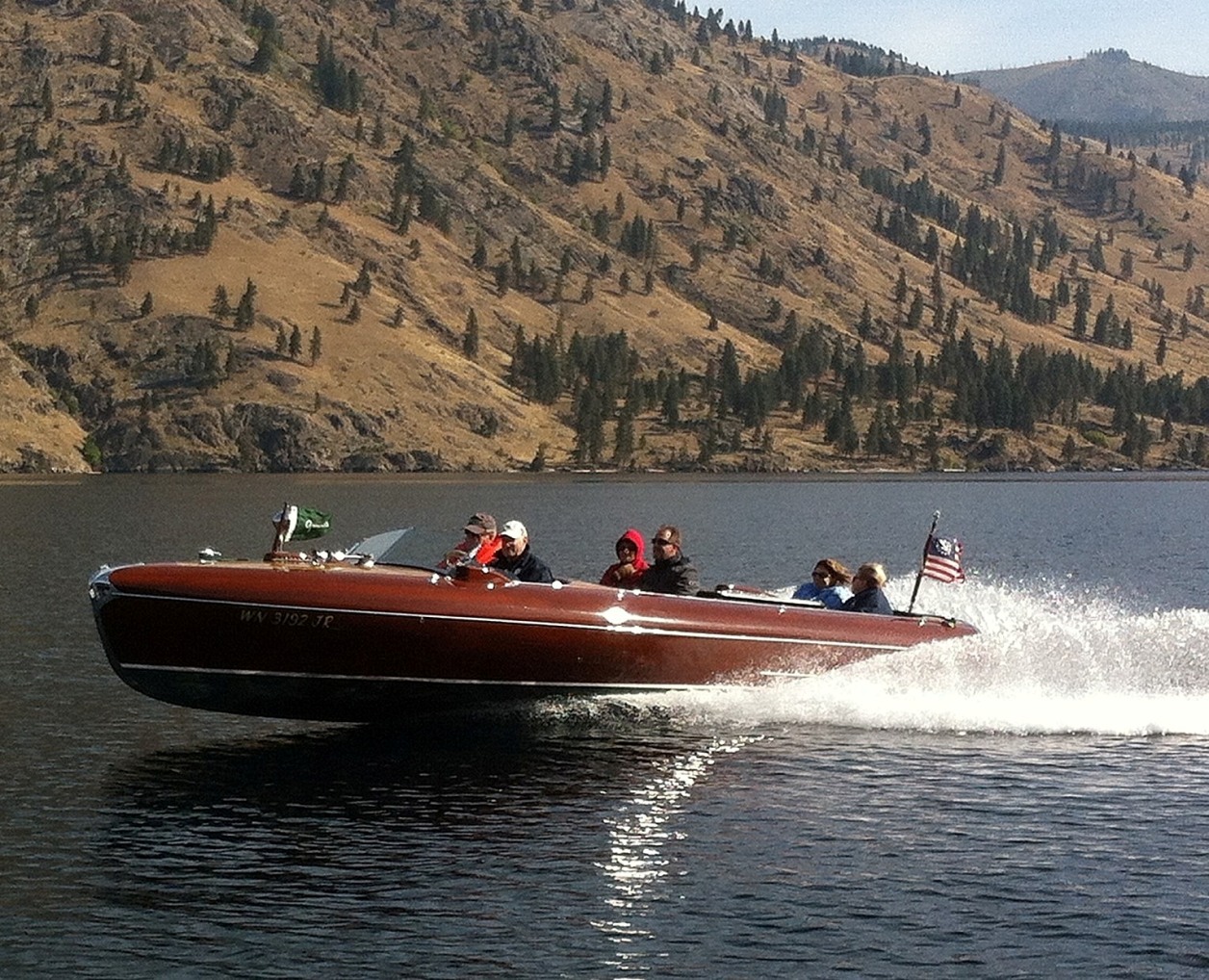 by Al & Sandi McEwan members of the Pacific Northwest chapter

It was mid-summer 1982 when we arrived by car at a Lake Washington waterfront home just in time to get a glimpse of a lovely, mahogany speedboat pulling away from the dock. As we owned a 1939 Gar Wood Streamliner at the time we were quite familiar with vintage runabouts, but I was unable to identify the boat we had just seen.

Fast forward to the early nineties. I learned through a local boat restorer, Dave Lobb, that a Greavette Streamliner was tied up in a bankruptcy and, after seeing it, realized that it was the same boat that I had seen about 10 years earlier. Several attempts by Dave to acquire the boat were unsuccessful, due to a complex issue between all parties involved, and with his blessing I was welcome to try. I, too, was initially unsuccessful in my attempts to purchase the boat. However, in early 1996 the situation changed and, with the help of an attorney friend (now my wife) who dealt with the bankruptcy court, I was able to acquire the boat.

The Greavette was on a lift in covered moorage on Lake Washington with a full waterline cover. At some point in the early nineties the boat’s Chrysler Hemi marine engine had thrown a rod through the oil pan, so the boat was not operable. Once the purchase was completed, we lowered the lift just enough to get the bottom wet and let it sit for a couple of days. Then we launched it and towed it to a ramp and onto a trailer.

During my first year of ownership we rewired the boat, sent the instrument panel with instruments out for restoration, reupholstered the interior and built up a replacement Chrysler Marine hemi engine with twin four barrel carburetion. The boat was launched in the spring of 1997 and has been used every summer since. During the past 24 years the Greavette has been stripped twice to bare wood and refinished.
The hull number of this Greavette is 24-55-1, which implies that it is the first hull of this configuration built in 1955, yet, it is titled 1956. While I do not have any Greavette production information, I am speculating that this might be the only 24 ft, S configuration built in 1955. We renamed the boat JEZEBEL and there is a story as to why.

Among the special activities in which we have participated are most of the annual Seattle “Opening Day of Boating” events, the Coeur d’Alene “International Boat Show,” including the Priest Lake pre-event, and the “Mahogany & Merlot” events on Lake Chelan. We have also participated in a couple of very exciting adventures with some other Pacific Northwest Region woodies. The first was a run up Canada’s Frazer River to Harrison Lake; then a four day tour down the Snake River from Clarkston, Idaho to the Columbia River in Eastern Washington. We are looking forward to participating in this year’s International Meet pre-event at Priest Lake and Coeur d’Alene boat show again.

Several years ago Todd Warner told me that the boat came to Lake Washington from Lake Wawasee in Indiana. This would have been prior to 1982. If anybody knows anything regarding the history of this Greavette, I would very much appreciate learning about it.