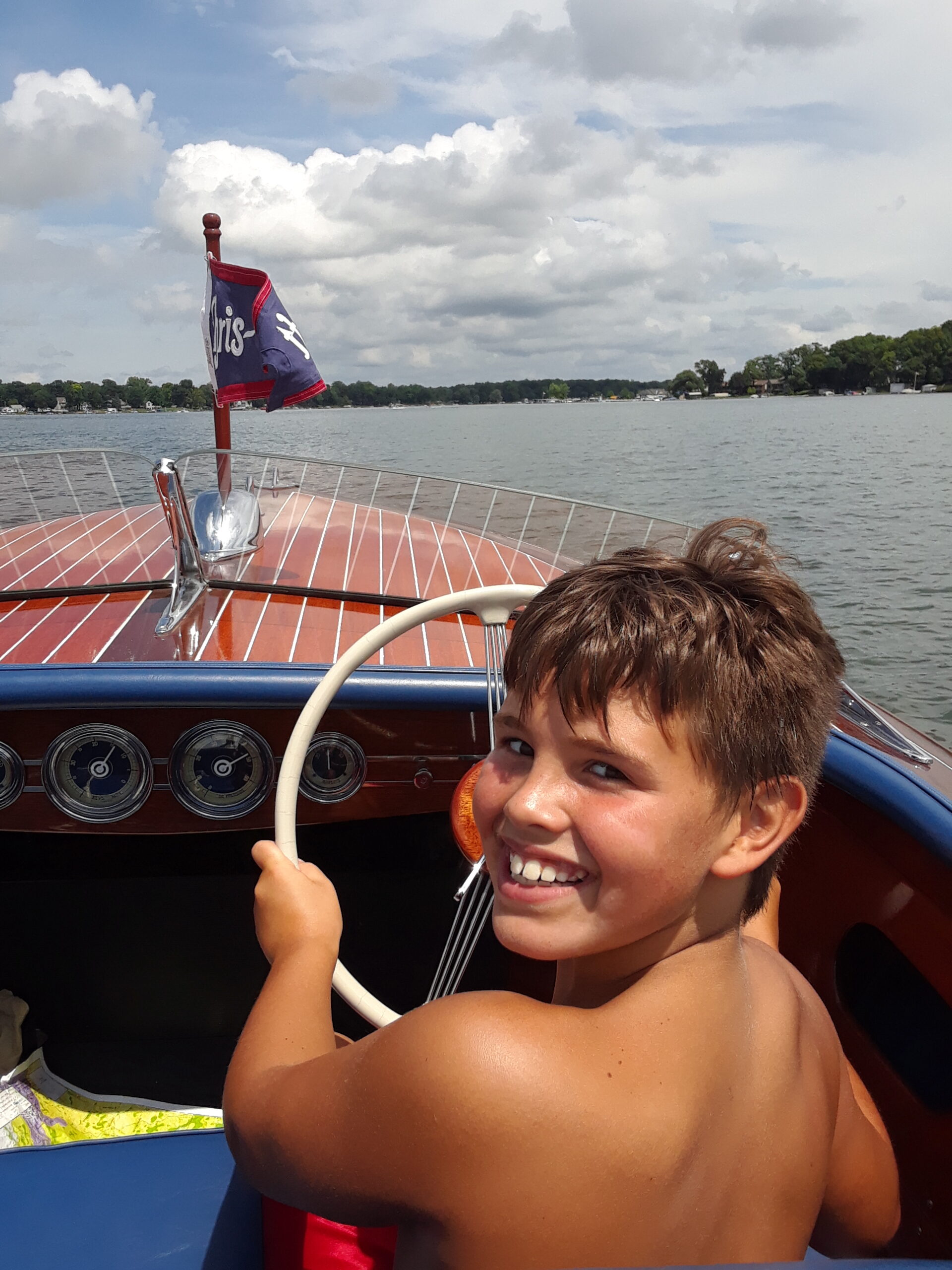 by John Calhoun member of the Water Wonderland chapter

I purchased a basket case hull of a 1940 Chris-Craft Deluxe Runabout (barrelback) in 2006 after searching for a respectable project where I could utilize a Chris- Craft KBL131 hp triple carb engine that I owned. I was alerted to a gray boat that was in the northern part of Michigan that might be just what I needed. It was exactly what I needed to drain my bank account.

After negotiating a “pay as you go” plan for the restoration with Mark McIsaac of Onekama, MI, we began in the spring of 2006 and finished in the spring of 2010. All that was needed was most of the hardware, some of the gauges, a steering wheel and upholstery. Oh, by the way, most of the mahogany hull planks and engine stringers and a couple of hatches and cutwater (cha-ching). The boat history was unknown except for the build card for #71589 that showed she was originally shipped to Wisconsin in December of 1939.

Although many names were discussed for the boat, I was continually reminded by my wife that I had better hurry up on that boat or there were going to be “problems”. Having worked south of the border for several years, and always urging my Spanish speaking co-workers to hurry up or “Andale!”, I decided that it would be a good name for the boat. By adding the accent above the é at the end of the word, the translation is “Hurry up old man.”. A great name for a nearly eighty-year old boat, I thought.

Andale has been shown and won awards at various shows around the Michigan area, but mostly this boat is a daily user. She cruises Clark Lake in southern Michigan and is enjoyed by lots of residents who have used her to ferry brides-to-be to waiting pontoon on-lake weddings as well as being used for a raffle prize or two (Win a day in a Chris-Craft) that always brings a good donation.

Looking back on it, I’m glad she turned out so well and without a doubt, she turns heads when lake residents hear that rumble coming around the point.