Antique Boat Club Honors One of its Founders 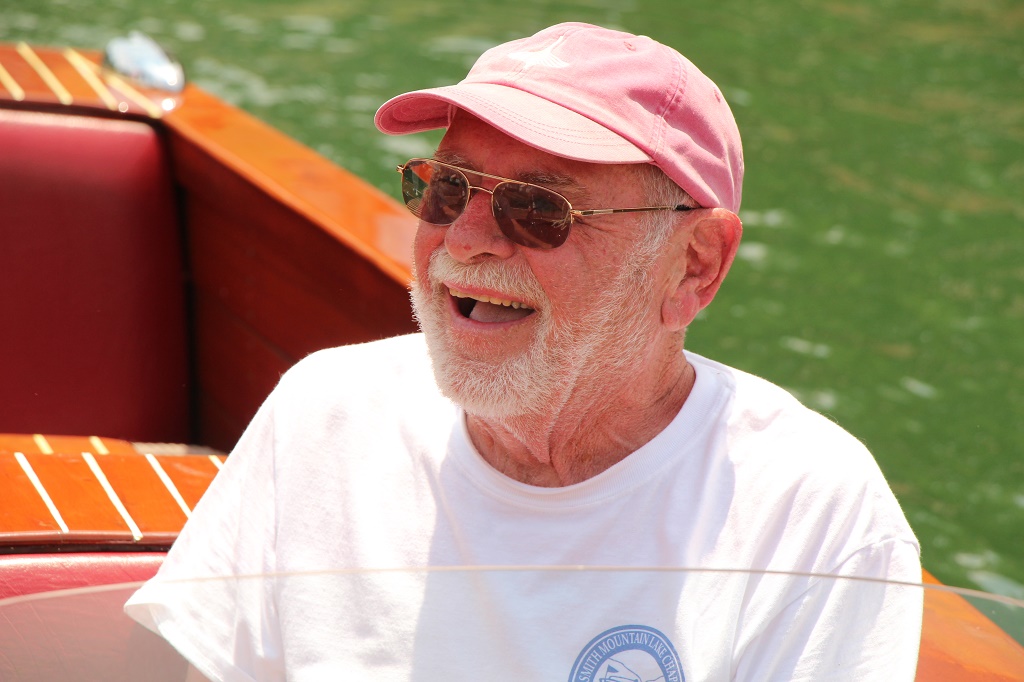 Don Smith loves being around old boats. He has made a hobby of it ever since retiring to Smith Mountain Lake in 1978. With the help of others, he has grown that passion into a local club and eventually a popular annual lake event.
“The smell of them and the run of them, the noise, it takes you back to the old days,” Smith said of being around antique and classic boats. He has helped to restore several as a founding member of the Smith Mountain Lake Chapter of the Antique and Classic Boat Society.

It wasn’t until he arrived at Smith Mountain Lake that Smith took an interest in restoring boats. He first got the idea after watching the movie “On Golden Pond,” which featured a 1950 Chris-Craft Sportsman boat.

A short time later, Smith visited a boat show in Maryland that featured a variety of antique and classic boats that further sparked his interest. “That’s when it got me,” he said.

Smith started his decades-long hobby with the purchase of a broken-down 1951 Chris-Craft Special runabout. He said the boat was falling apart and needed significant work.

For the next four years, Smith slowly coaxed the craft into working order. He rebuilt the engine, replaced the decking and put down countless coats of varnish.

Once it was seaworthy, Smith would often take it out on cruises around Smith Mountain Lake. While on the water he occasionally encountered other classic boat owners and enthusiasts.

Through that shared interest, the lake’s first antique and classic boat club was formed in 1990. Members would come together to discuss their boats and to help others in restorations. Smith said he has helped to restore dozens of boats since those early days. “It was a lot of hard work, but it was fun,” Smith said. “It was a labor of love.”

The same year the antique and classic boat club was formed, they held their first boat show at Bernard’s Landing. The show eventually moved to Parkway Marina, then to Mariner’s Landing where it has been held for the past few years.

Over the years, the show has grown from just a few boats to more than 60 featured this past year. Century Boat Club’s Thoroughbred Round-Up was also held at last year’s show.

The club itself has also seen major growth in the past 29 years. In 1998 the local club became part of the Antique and Classic Boat Society. The organization has 53 chapters across the globe.

The Antique and Classic Boat Society recognized Smith this past year for his years of service to the local chapter, presenting him with a “citation of excellence.” The Smith Mountain Lake Regional Chamber of Commerce also presented him with an award for his contributions to the lake community.

“It made me so proud,” Smith said of receiving the awards. “I’ve spent a long time in this club and I have enjoyed every minute of it.”