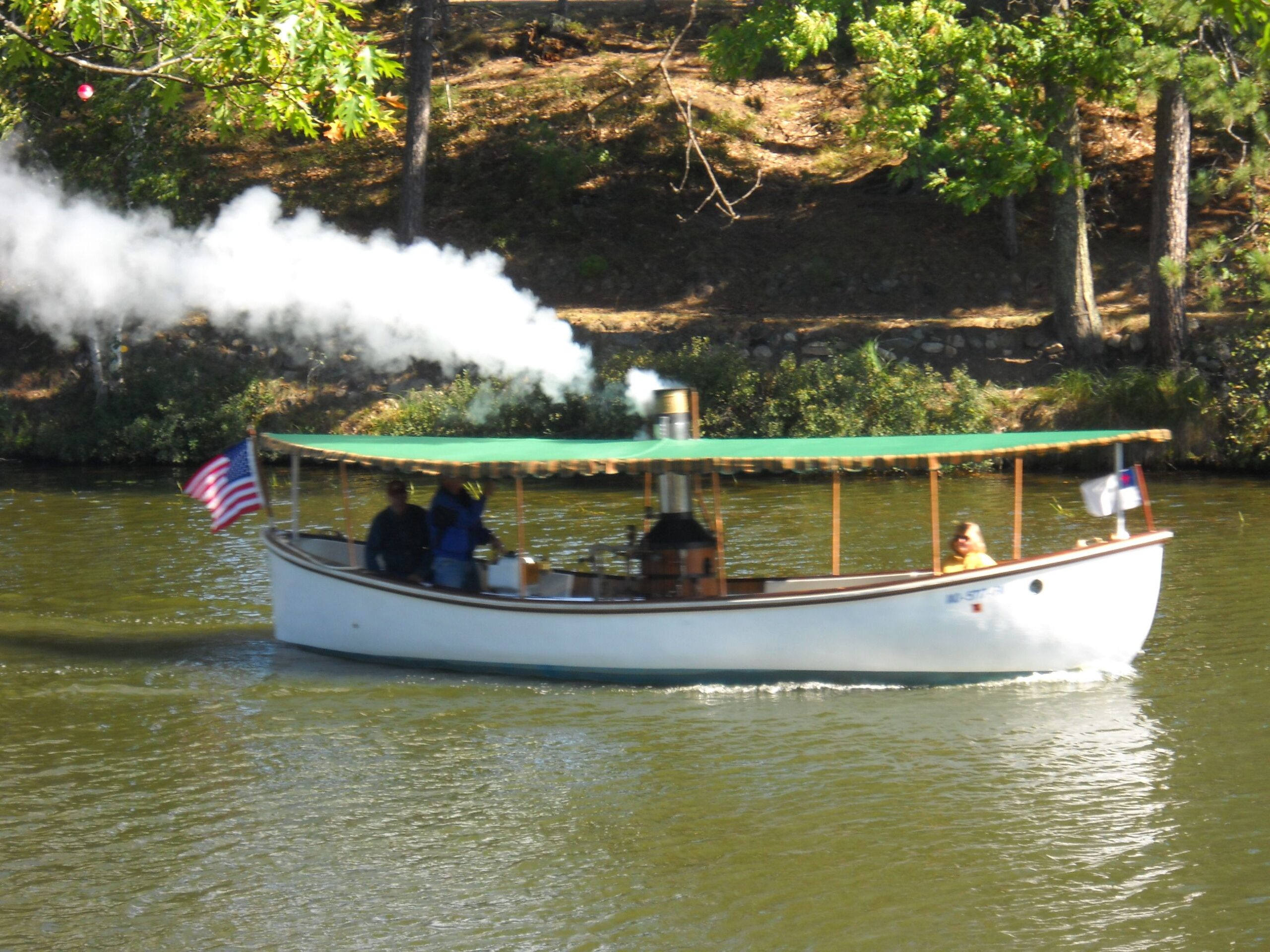 by Dan Dial member of ACBS

I first came to be interested in steamboats when I was a teenager in So. California.  I had gone to a small beach in Newport Beach and there was a steam launch there on the beach. As I recall, it looked a lot like what is now the Arla Kay.

Through the next many years, I never forgot about that boat, but after getting married and raising a family, the boat was not a high priority. I did spend a lot of time thinking about a 1932 Ford Duce Coop! I had looked forward to getting that vintage car. But, since moving from California to the Lake of the Ozark’s in Missouri and retiring in a lakefront home, having a boat began to be a priority once again and I remembered the sea launch I had seen many years earlier.

I started looking for just the right type of boat to use for a steam launch. I happened to look on Craig’s List and found 26′ Navy Motor Whale Boat for sale. Two brother’s from Minneapolis, Minnesota had gone to San Diego in 1982 and bought the boat at a Navy auction. It had been used on the USS Providence, a Light Cruiser. They took the boat back to Minneapolis and had a little work done on some fixtures.

After a while they lost interest in their project. The boat was dropped off the trailer in an open field and it stayed there for 25 years. It was finally put again on Craig’s List and I bought it in 2007. I had it brought to Osage Beach, MO. I put the boat behind my garage and I built a roof over it.

The boat was a navy gray fiberglass hull with no wood on it all. I spent the next 4 years doing the woodwork and installing the wood fired boiler and the steam engine. I had a little experience with boiler maintenance in one of my jobs a few years earlier, but not much. I did a lot of studying and joined a steamboat club where I got lots of help with questions I had from the other members.

We christened and launched the Arla Kay on August 14, 2011. We have taken it to Northern Wisconsin several times to a Steamboat meet. She’s been down to Rockport, Texas once, on the gulf. Most our time has been cruising around the Lake of the Ozark’s, which causes much excitement amongst other boaters and on-lookers as we blow the whistle! The 200 year old steam technology is amazing!